If confirmed by the Senate, Dr Prabhakar would make history as the first woman, immigrant, or person of colour to head Director of the Office of Science and Technology Policy (OSTP). 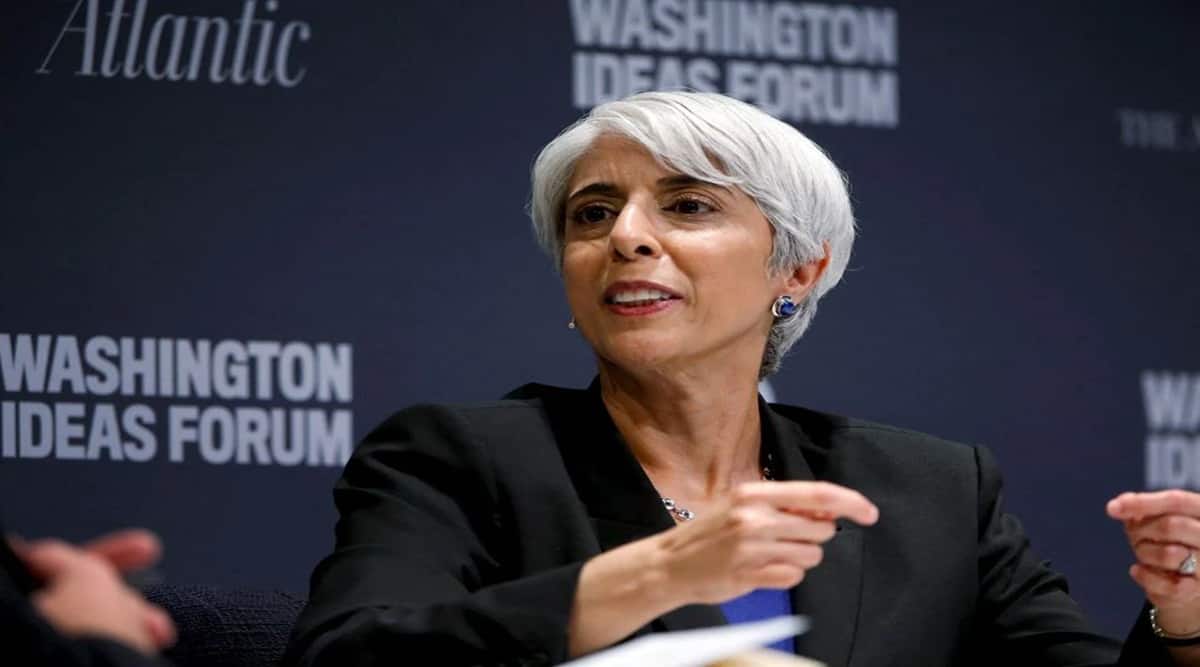 “Today's nomination is historic, with Prabhakar being the first woman, immigrant, or person of colour nominated to serve as Senate-confirmed director of OSTP,” the White House said. (Photo source: Reuters)

Leading Indian-American scientist Dr Arti Prabhakar has been nominated by Joe Biden as a top science advisor to the US President, a decision hailed by the White House and the Indian-American community as “historic.” If confirmed by the Senate, Dr Prabhakar would make history as the first woman, immigrant, or person of colour to head Director of the Office of Science and Technology Policy (OSTP). She will also be the latest highly-qualified professional from the Indian-American community to be named for a key position in the Biden administration.

“Dr Prabhakar is a brilliant and highly-respected engineer and applied physicist and will lead the Office of Science and Technology Policy to leverage science, technology, and innovation to expand our possibilities, solve our toughest challenges, and make the impossible possible,” Biden said on Tuesday. “I share Dr Prabhakar’s belief that America has the most powerful innovation machine the world has ever seen. As the Senate considers her nomination, I am grateful that Dr Alondra Nelson will continue to lead OSTP and Dr Francis Collins will continue to serve as my acting Science Advisor,” he said.

Also Read
Ukraine war shows West’s dominance is ending as China rises: Tony Blair
Rishi Sunak emerges frontrunner: Who will be the next UK PM?
Incredibly proud of parents-in-law: Rishi Sunak hits back over wife’s Infosys wealth
‘Back anyone, but Sunak’: Boris Johnson to allies

“Today’s nomination is historic, with Prabhakar being the first woman, immigrant, or person of colour nominated to serve as Senate-confirmed director of OSTP,” the White House said. Prabhakar has been unanimously confirmed by the Senate before, to lead the National Institute of Standards and Technology (NIST), and was the first woman to hold that role. She later served as director of the Defense Advanced Research Projects Agency (DARPA), the birthplace of breakthrough technologies like stealth aircraft and the Internet.

Indian Americans have welcomed Prabhakar’s nomination.”Indian American Impact is thrilled to learn that President Biden intends to nominate Dr Arati Prabhakar as Director of the Office of Science and Technology Policy (OSTP). We applaud the President for his historic decision, which uplifts not only the exceptionally qualified Dr Prabhakar, but all South Asians and Asian Americans who aspire to reach new heights and become leaders within public service and the scientific community,” said Neil Makhija from the Indian American Impact Fund.

“It’s incredible to see the President nominate Dr Prabhakar to be the first woman, the first person of colour, and the first immigrant to lead OSTP as we observe Immigrant Heritage Month this June,” said Varun Nikore, executive director of AAPI Victory Alliance.So far, Dr Prabhakar has led two different federal R&D agencies and worked with startups, large companies, universities, government labs, and nonprofits across a wide variety of sectors to create powerful new solutions for critical challenges. She is an engineer and applied physicist with extensive management and leadership credentials.

Prabhakar served as director of DARPA from 2012 to 2017. At DARPA, she oversaw teams that prototyped a system for detecting nuclear and radiological materials before a terrorist can build a bomb, developed tools to find human trafficking networks in the deep and dark web, and that enabled complex military systems to work together even when they were not originally designed to do so. She also established a new office to spur novel biotechnologies, the White House said.

Under her leadership, DARPA kick-started the development of a rapid-response mRNA vaccine platform, making possible the fastest safe and most effective vaccine development in world history in response to COVID-19, it said. Prabhakar was unanimously confirmed by the US Senate to lead the National Institute of Standards and Technology (NIST), taking the helm at age 34 as the first woman to lead the agency, the White House said.

Prabhakar’s family immigrated from Delhi to the United States when she was three years old – first to Chicago and then settling when she was age 10 in Lubbock, Texas, where she went on to get her electrical engineering degree from Texas Tech University.She was the first woman to earn a PhD in applied physics from the California Institute of Technology, where she also earned an MS in electrical engineering. She started her career in the legislative branch as a Congressional Fellow at the Office of Technology Assessment.She is a fellow of the Institute of Electrical and Electronics Engineers and a member of the National Academy of Engineering and was a fellow at the Center for Advanced Study in the Behavioral Sciences at Stanford University.Between her Federal leadership roles, Prabhakar spent 15 years in ilicon Valley, helping bring R&D to deployment as a company executive and as a venture capitalist.

In March, President Biden nominated two Indian-Americans as US envoys. He nominated diplomat Puneet Talwar as the country’s ambassador to Morocco and political activist Shefali Razdan Duggal as his envoy to the Netherlands.