Peru: A two-hour coup with several years in the making. Some thoughts and lessons

The irresponsible use of these extreme mechanisms normalises the idea of politics as a take-no-prisoner war. It leads to a state of permanent political crises where no political actor has any incentives to build up democratic consensus. 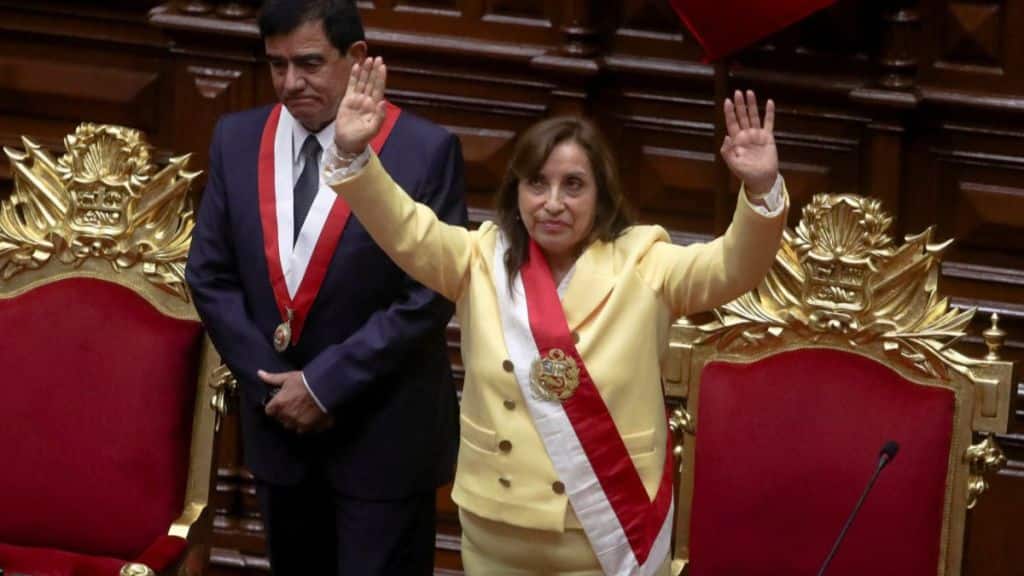 Even for a country used to political crises, December 7 was unusual in Peru. In the morning, the (then) Peruvian President Pedro Castillo announced the closing of Congress, the intervention of the judiciary, and the imposition of a state of emergency in the country. A text-manual coup. Less than two hours after that, the Peruvian Congress swiftly voted 101-6 to remove Castillo. Lawmakers applied a constitutional provision that allows Congress to declare the presidency vacant when the President has proven to be “morally incapable” of fulfilling his duties (a provision whose application has been controversial in the last years). A few minutes after that vote, the police arrested Castillo on charges of rebellion and conspiracy. By then, the coup was over. It lasted two hours.

An hour later, Castillo was officially replaced by Vice President Dina Boluarte, who was sworn in before Congress following the constitutional provisions on presidential succession. She is the sixth president since 2018 (even though Peru’s presidential periods are supposed to last five years) and the first female President in Peruvian history. She gave a general message of unity but very few concrete details. It is unclear which kind of government we could expect from her. In my opinion, not even she knows at this point.

Also Read
Vladimir Putin acknowledges Russia’s war in Ukraine could be a long one
Chinese President Xi makes a milestone visit to Saudi Arabia coinciding with the lowest point in Saudi – US relations
US govt aware of long delays in visa appointments in India, says White house
China putting US space assets at risk, senior US officer says

How did Peru end up having a two-hour coup? Although short and unsuccessful, the coup was not an isolated event but the last consequence of deep structural problems in the Peruvian political system. And those problems are not recent.

Constitutional hardball is a term used by political scientists and legal scholars to describe the exploitation of legal rules for partisan gain in ways that defeat their democratic purpose. When political actors push the boundaries of such rules and try to apply them abusively, they undermine the substance of democracy as a framework in which every player is expected to respect some minimum political self-restraint and decorum. Every constitutional framework establishes some “legal nuclear options,” such as impeachments or a state of emergency. Still, their use is supposed to be reserved for extreme cases and not as a way to engage in permanent legal warfare with political opponents. The irresponsible use of these extreme mechanisms normalises the idea of politics as a take-no-prisoner war. It leads to a state of permanent political crises where no political actor has any incentives to build up democratic consensus and has every incentive to weaponise every legal rule available to hit their enemies as hard as possible, even when questionable interpretations of such rules.

That has been the case in Peru. Since 2018, when President Kuczynski was forced to resign under the threat of a rushed and questionable impeachment, impeachment procedures have become the rule rather than an exception. Closing Congress has become a standard proposal instead of an extreme measure to be avoided. Something as simple as recognizing the electoral results is now not a given, with politicians throwing irresponsible accusations of electoral fraud without any proof and using every legal provision available to challenge those results only to attack the legitimacy of a political opponent. That kind of political praxis has been accompanied by legal reforms and judicial decisions that have opened up the potential misuse of “legal nuclear options”, breaking the delicate equilibrium that our constitutional framework tries to establish between the President and Congress.

Constitutional hardball in Peru has consequences, as in other parts of the world. Authoritarian discourses and slogans that would have been considered unacceptable have been adopted in mainstream politics. Peruvians are each day more skeptical of democracy as the mechanism to solve the country’s challenges. Using any means to defeat your political adversaries has been normalized. Politics as a war with no boundaries has been adopted as the new norm. Respecting some minimum democratic decorum is no longer an attitude to be saluted but dismissed as naivety. A tribe mentality has been installed to address criminal accusations of political partners: however despicable and severe the accusations are, allies should be protected at all costs.

Under this context, the conflict between Castillo and the Peruvian Congress could not end well. From the start of Castillo’s presidency, he faced intense opposition, with some Congress members refusing to acknowledge the electoral results and pushing for impeachment even before Castillo was sworn in. On his side, Castillo fueled that opposition with corruption, incompetency, and clear authoritarian tendencies. From the very beginning, both sides’ representatives suggested they were willing to use the “legal nuclear options” of the Constitution without hesitation. The conflict also escalated because political actors on both sides saw polarization and constitutional hardball as a way to distract the public’s attention from their own crimes and the many substantive challenges the country faced that they were failing to address.

Counting on how normalised war-like politics is, how unpopular Congress is (even less popular than him), how disappointed Peruvians are with democracy, and feeling surrounded and under siege by a third impeachment attempt, Castillo went beyond constitutional hardball: he attempted a coup. The institutions responded, and he was stopped. But we don’t know whether the next authoritarian adventure won’t be successful. And that is why we must learn from Castillo’s failed coup.

Some thoughts and lessons

1.     It is not the case that Peruvian democracy resisted because it is strong but because Castillo’s attempt was feeble and poorly organized. He was unpopular, politically isolated, couldn’t secure the support of any portion of the armed forces, and was already under several criminal investigations. I wouldn’t bet on Peruvian institutions resisting a charismatic authoritarian with effective organizing and messaging. Reforms are urgently needed to prevent this.

2.     Constitutional provisions can be used to erode democracy. Respecting the formal aspects of a constitution is not enough. Constitutional hardball, even though formally within the boundaries of legality (or playing with its limits), is not democratic.

3.     Most constitutional frameworks are not designed to resist constitutional hardball. The Peruvian Constitution has already shown its limitations in effectively mediating the clash between Congress and the presidency. Extreme political polarization requires constitutional reforms to face political actors that will do their best to abuse legal rules for quick political gains without any regard for the long-term consequences for democracy.

4.     Even though a constitutional update is desirable, no constitutional framework can resist democratic backsliding by itself. Without popular support, democracy will not hold. We need effective politicians that can show their constituents that democracy works beyond theoretical abstraction and that can deliver tangible progress.

5.     Words matter. Authoritarian discourses always precede authoritarian praxis. Discourses that legitimate constitutional hardball and politics as war should never be normalized and should be denounced and rejected from the very beginning before they turn into reality.

Hard to predict how president Dina Boluarte will govern. She has no party, clear ideological line, or relevant political team. We will have a better sense of her intentions once she presents her new cabinet in the following days, but it is hard to expect anything different from an autopilot government, given the context. She might not have clarity on how to govern, but president Boluarte is painfully aware of how weak she is and how willing the Peruvian Congress is to impeach her if they deem it necessary. She has very little room to maneuver in an already messy context. And whatever little room she has will fade away soon, so if she wants to push any agenda, she has to do it fast.

What could she do? She could push for fundamental political reforms to face corruption and political instability. People are tired of politicians and are frustrated by how they managed to block any attempt to approve political reforms and anti corruption measures in Congress. This path could be highly popular and could earn her quickly some political capital to sustain herself. But it would also start a conflict with Congress immediately, given how strongly they oppose any reform of that sort. To succeed, she would need to act fast, appeal to referendum mechanisms for popular legitimation, and credibly (and maybe legally) commit herself not to run for office after the reform. She would also need to articulate experts and social organizations into her efforts which could prove extremely difficult given her lack of political experience. This would be the best scenario for Peru, but again is unlikely that she wants to take this road and even if she wanted to, she probably doesn’t have what it takes to pull it off.

What’s more probable? She signs a tacit truce with Congress, includes members of different parties in her cabinet, distributes resources and appointments among congress members and their allies, and maintains the status quo of a corrupt political class that doesn’t want to reform itself. The frustration of Peruvians will only increase, authoritarianism will become even more appealing, and the probability of resisting the next coup or authoritarian adventure will diminish.

There are no easy answers to the challenges before us, but this is clear: Peru is still a democracy, but if we don’t find a way to reform it and make it work for everyone, we will lose it sooner than later.