The China-Pakistan Economic Corridor (CPEC) Authority established through an ordinance in 2019 was aimed at accelerating the pace of CPEC-related activities, finding new drivers of growth, unlocking the potential of interlinked production networks and global value chains through regional and global connectivity. 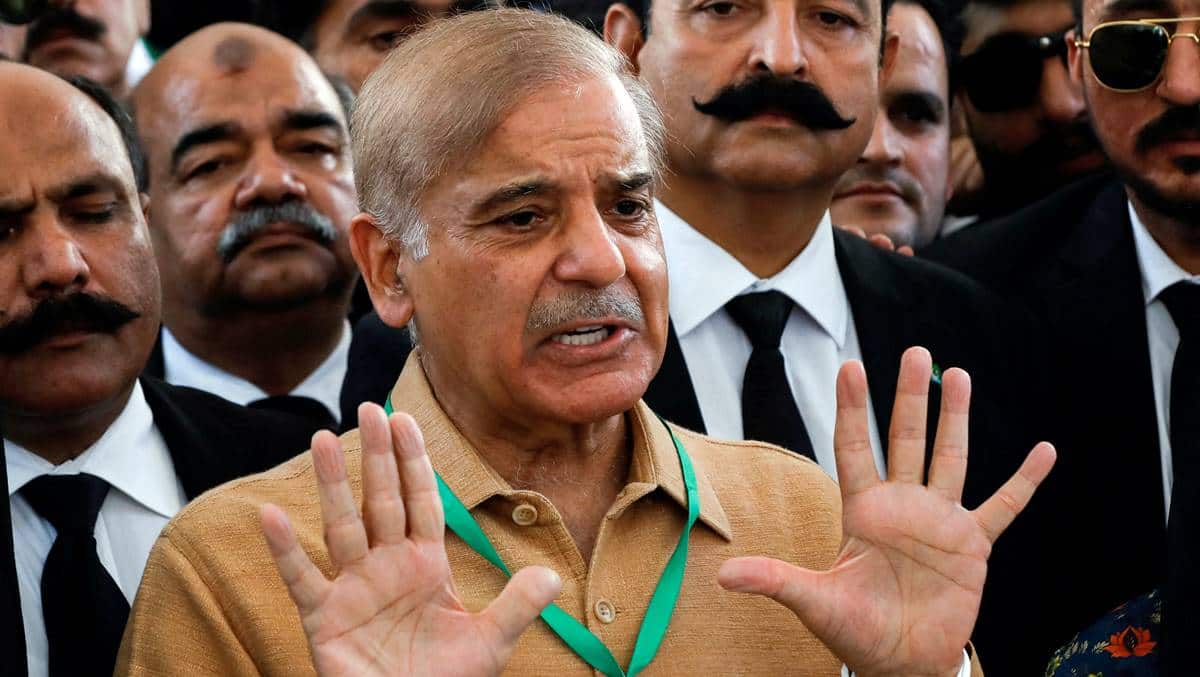 According to the newly appointed planning minister, his officials “will move a summary seeking Prime Minister Shehbaz Sharif’s (above) approval to abolish the CPEC Authority”. (Reuters/File Photo)

Pakistan’s new government has initiated a process to abolish the China-Pakistan Economic Corridor Authority, with the planning minister saying it was a “redundant organisation” that wasted resources and thwarted speedy implementation of the ambitious regional connectivity programme.

Planning Minister Ahsan Iqbal passed orders to the concerned officials to begin the process of abolition of the authority following reports that Chinese power producers have shut down 1,980 megawatts of production capacity due to non-clearance of their Rs300 billion dues, The Express Tribune newspaper reported.

The China-Pakistan Economic Corridor (CPEC) Authority established through an ordinance in 2019 was aimed at accelerating the pace of CPEC-related activities, finding new drivers of growth, unlocking the potential of interlinked production networks and global value chains through regional and global connectivity.

According to the newly appointed planning minister, his officials “will move a summary seeking Prime Minister Shehbaz Sharif’s approval to abolish the CPEC Authority”.

Iqbal told the newspaper that the authority was a “redundant organisation with a huge waste of resources which has thwarted speedy implementation of the CPEC”.

The decision to wind up the CPEC Authority was in line with the Pakistan Muslim League-Nawaz’s (PML-N) old policy against the establishment of a parallel setup.

According to The Express Tribune report, the previous Pakistan Tehreek-e-Insaf (PTI) government also took over two years to set up the authority that largely remained dormant.

The USD 60 billion CPEC is a host of infrastructure and energy projects that is being laid between China’s Xinjiang province and the Gwadar port in Pakistan’s Balochistan province.

China is reported to have spent about USD 28 billion on different projects so far in which thousands of Chinese personnel are working in Pakistan.

Officials during the newly formed PML-N government’s first briefing on the state of CPEC affairs on Wednesday told Iqbal that over 37 per cent of the installed capacity of the CPEC power projects or 1,980 megawatts was out of order due to non-payment of dues to Chinese investors.

The minister was informed that total receivables of the 10 Chinese IPPs have shot up to Rs300 billion, out of which the overdue amount was Rs 270 billion.

One out of two units of the three imported coal-fired power plants — Hubco, Sahiwal and Port Qasim — had closed due to non-availability of the fuel, a senior former official in the know-how of the CPEC Authority told The Express Tribune on the condition of anonymity.

He said the matter had been brought to the knowledge of the then Finance Minister Shaukat Tarin who only made a partial payment of Rs50 billion.

Similarly, the establishment of a revolving account was pending since the signing of CPEC Energy Projects Framework Agreement in 2014.

According to Wednesday’s briefing, the previous government had announced the opening of the revolving account a day before it departed to China to seek a big bailout, but its final approval was deferred on April 1 this year when a briefing of it was presented before the Economic Coordination Committee for approval.

According to the briefing, the CPEC projects were facing delays due to the change in taxation policies by the previous government in violation of commitments given to China. The PTI government had last year withdrawn the sales tax exemption on imports.

The planning minister also expressed his displeasure over the “sluggish progress” of the CPEC projects, saying that there was “zero progress on industrial zones being set up at Port Qasim, Islamabad and Mirpur”.

Directing all joint working groups (JWGs) of CPEC to pursue their sector specific projects and initiate work on them immediately, the minister directed officials to ensure the expedition of CPEC projects.

As per the initial CPEC plan, the Special Economic Zones (SEZs) were supposed to be ready by 2020, but there had been zero progress on them in the last four years..