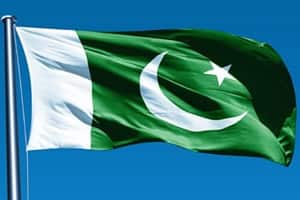 Honour Killing claim the lives of nearly 1,000 women every year in the conservative Muslim country.(IE)

Pakistan today asked NSG member states to be “objective and non-discriminatory” while deciding on expanding the grouping’s membership as Islamabad stepped up diplomatic efforts to raise support for its inclusion in the elite 48-nation bloc whose membership India is also eyeing.

The Pakistan Foreign Office (FO) said in a statement that Additional Foreign Secretary (UN and Economic Coordination) Tasnim Aslam held a briefing session for the NSG countries’ diplomatic missions here ahead of NSG plenary session this month in Vienna.

It said that the briefing was part of the ongoing diplomatic efforts for mobilising support for Pakistan’s membership of the Nuclear Suppliers Group (NSG).

“The Additional Secretary highlighted the factors which placed Pakistan’s application for NSG membership on solid grounds, including Pakistan’s technical experience, capability and well-established commitment to non-proliferation and nuclear safety and security,” it said.

“While urging NSG countries to adopt objective and non-discriminatory criteria for the membership of non-NPT states, she cautioned against any country specific exemptions which would negatively impact strategic stability in South Asia,” according to the statement.

It did not give exact number of envoys who attended the briefing but said that “a large number of ambassadors and other senior level representatives” were present.

The meeting seems to be part of efforts to stop India gaining membership of the group after the US supported it during Prime Minister Narendra Modi’s current visit there.

Earlier, Advisor to the Prime Minister on Foreign Affairs, Sartaj Aziz, told the Senate yesterday that Pakistan was making efforts for “non-discriminatory approach” for NSG membership and these efforts would pay off.

Next Story
Muhammad Ali wasn’t always ‘The Greatest’ at sponsorships