The cricketer-turned-politician also said the current political situation was a problem for the country as well as the establishment. 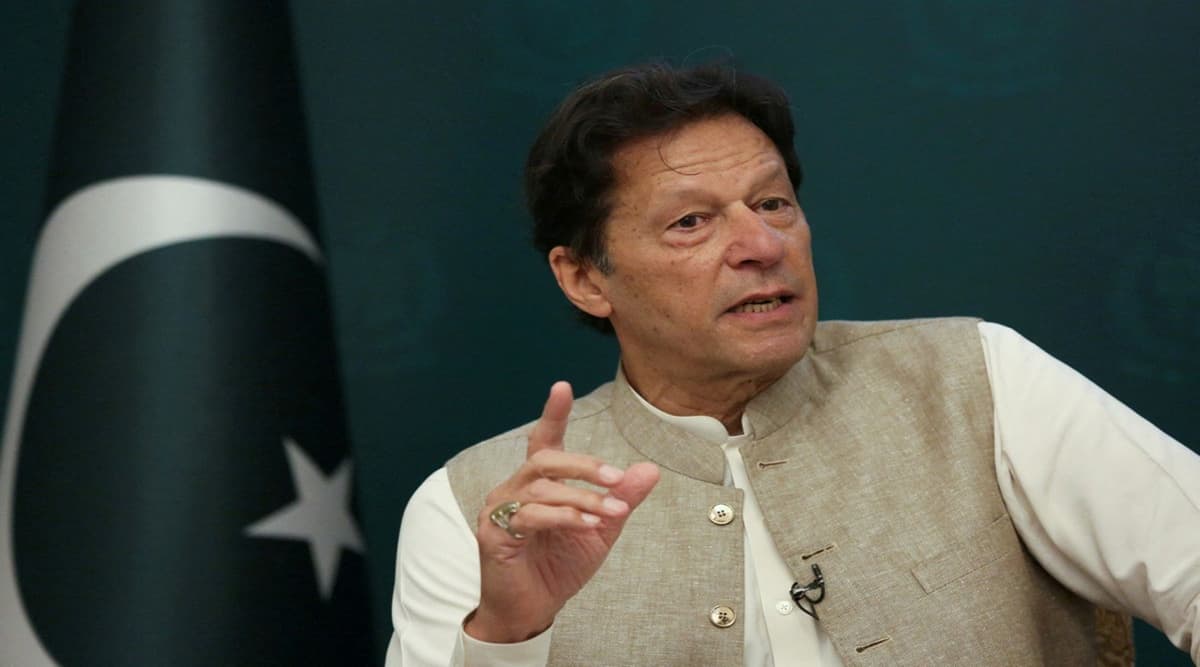 Khan is the only Pakistani prime minister to be ousted in a no-confidence vote in parliament. (File/Reuters)

The prime minister, who is currently on a visit to Turkey, accused the Pakistan Tehreek-e-Insaf supremo of “making naked threats against the country”, and warned his predecessor against “talking about [the] division of Pakistan”.

“While I am in Turkey inking agreements, Imran Niazi is making naked threats against the country. If at all any proof was needed that Niazi is unfit for public office, his latest interview suffices,” the prime minister tweeted.

“Do your politics but don’t dare to cross limits and talk about [the] division of Pakistan,” he warned the PTI chairperson in his tweet.

The latest comments by the Pakistan Muslim League-Nawaz (PML-N) PM on Twitter referred to a Wednesday night interview of Khan with a private news organisation “Bol News” where the PTI chief urged the establishment to make the “right decisions” and warned that if Pakistan were to lose its nuclear deterrence, it would fragment into “three pieces”.

The cricketer-turned-politician also said the current political situation was a problem for the country as well as the establishment.

“If the establishment doesn’t make the right decisions then I can assure [you] in writing that [before everyone else] they and the army will be destroyed because what will become of the country if it goes bankrupt,” he said.

“Pakistan is going towards a default. If that happens then which institution will be [worst] hit? The army. After it is hit, what concession will be taken from us? Denuclearisation,” he said, adding that the country was “going towards a suicide” and that the government needed to make the “right decisions”.

In a separate statement shared on the PML-N’s Twitter handle, Shehbaz Sharif was quoted as saying that Khan’s remarks were proof that the PTI chief was “involved in a conspiracy, not politics”.

“This is not a statement but a conspiracy to spark the fire of anarchy and division in the country,” Sharif was quoted as saying in the PML-N tweet.

“Imran Khan’s statements are an attack on the Constitution, institutions, the Armed Forces of Pakistan and the Supreme Court,” the PML-N tweeted, adding that the comments reflected the former prime minister’s “sick mentality”.

Earlier, condemning Khan’s remarks, Pakistan Peoples Party (PPP) co-chairperson Asif Ali Zardari said: “Imran Khan, power is not everything in this world. Be brave and learn to do politics standing on your own feet,” PPP’s twitter handle quoted Zardari as telling the PTI chief, adding that the wish of “dividing” Pakistan could not be realised “until we and our future generations live”.

The former premier in the interview warned that once Pakistan is destroyed, it will default, and the international world will ask the country to move towards denuclearisation — as Ukraine did in the 1990s.

Khan, who came to power in 2018, reportedly with the backing of the military, is the only Pakistani prime minister to be ousted in a no-confidence vote in parliament. He was replaced by PML-N’s Shehbaz Sharif.