Pakistan Tehreek-e-Insaf senior leader and former foreign minister Shah Mahmood Qureshi in his reaction said that the government action to hold the probe endorsed his party’s stance that the cypher was real and led to the toppling of Khan’s government. 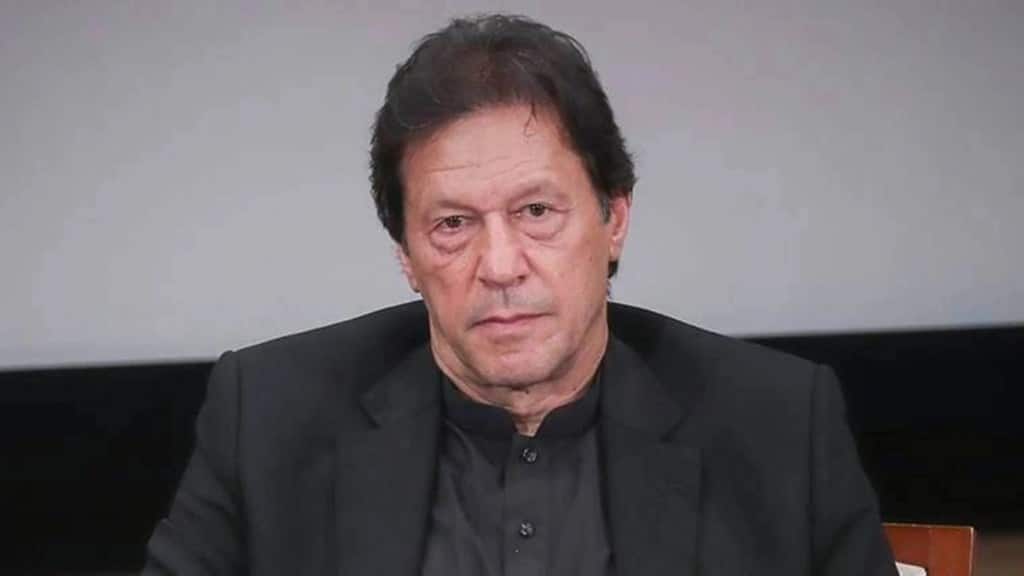 Pakistan’s Cabinet on Sunday decided to launch legal action against former prime minister Imran Khan and his party’s top leaders over audio leaks in which he could allegedly be heard discussing the controversial US cypher and how to exploit it to portray his ouster as a conspiracy.

At least two audio tapes have been circulating on social media since Tuesday where 69-year-old Khan can be heard discussing a diplomatic communication with leaders and giving directions about how to use it for political objectives.

The cable based on a meeting of US Assistant Secretary of State for Central and South Asia Donald Lu with Pakistan ambassador in Washington Asad Majeed reportedly involves the US official discussing the political situation in Pakistan.

Taking notice of the leaks, the Cabinet formed a committee on September 30.

The committee in a meeting on Saturday recommended legal action against those featuring in the leaked audio tapes with proposals presented in the form of a summary before the cabinet for approval.

The Cabinet approved the summary through circulation on Sunday.

“This is a matter of national security which could have possible adverse effects on the country’s interest,” the cabinet committee stated in a notification. It said that legal action was “necessary” and the FIA should form a committee comprising senior officials to probe the matter.

“The FIA team should take action against offenders as per law,” the committee recommended in the summary.

In the two audio leaks, Khan, ex-minister Asad Umar, and then-principal secretary Azam Khan could allegedly be heard discussing the US cypher in a meeting and how to use it in their interest.

In the first audio that was leaked on Wednesday, Khan was reportedly talking to Azam and directing him to play with the cypher.

In the second audio clip, three Pakistan Tehreek-e-Insaf (PTI) party leaders, including Umar, Shah Mahmood Qureshi and Azam, could be heard talking about the American cypher with Khan, the party’s chairman.

Khan used the cypher to build a powerful narrative that his government was toppled in April due to a foreign conspiracy with the help of local collaborators. However, his stance came under scanner after audio leaks of a secret meeting held at the PM Office surfaced.

Pakistan Tehreek-e-Insaf senior leader and former foreign minister Shah Mahmood Qureshi in his reaction said that the government action to hold the probe endorsed his party’s stance that the cypher was real and led to the toppling of Khan’s government.

“We never took a step that harmed the interests of Pakistan. We served this country with dignity and will continue doing so,” he tweeted.

Khan has accused Lu of threatening Pakistan’s former ambassador to the US that a failure to remove Khan through a no-confidence vote would herald “consequences” for Pakistan and vice versa.

Khan was ousted from power in April after losing a no-confidence vote in his leadership, which he alleged was part of a US-led conspiracy targeting him because of his independent foreign policy decisions on Russia, China and Afghanistan. The US has denied any role in his ouster.

The cricketer-turned-politician is the only prime minister in Pakistan to be ousted in a no-confidence vote in Parliament.

Meanwhile, Pakistan Mus­lim League-Nawaz (PML-N) leader Maryam Nawaz on Saturday expressed her discontent with the government led by her uncle Prime Minister She­h­baz Sharif over its failure to arrest Khan despite a “litany of charges” that “merited his detention”.

She asked the government to carry out a raid at Khan’s Bani Gala residence to recover the “stolen copy of the cypher”.

Finance Minister Ishaq Dar said that Khan was “power hungry” and wanted to rule the country at “any cost”.

“The decision is that the matter will be taken forward under the Official Secret Act,” he said.