When Omar Mateen met with his father the day before he killed 49 people in a siege of a gay nightclub, he betrayed nothing of… 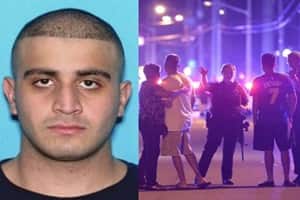 A neighbor in Mateen's condominium complex described him as "awkward." (AP)

When Omar Mateen met with his father the day before he killed 49 people in a siege of a gay nightclub, he betrayed nothing of the rage that would erupt into the worst mass shooting in modern American history.

“I didn’t notice anything wrong,” Seddique Mateen said in an interview. “He was very slick.”

More details emerged on Monday about the killer, his devotion to Islam and the circumstances of his 2 a.m. Sunday rampage inside an Orlando, Florida nightclub.

At the Islamic Center of Fort Pierce, a mosque he attended for nearly a decade, Mateen occasionally prayed with Moner Mohammad Abu-Salha, a 22-year-old Palestinian-American who in 2014 became the first American suicide bomber in Syria, although they “did not interact with each other,” said Adel Nefzi, a mosque board member.

In 2014, when Mateen was investigated and interviewed for a second time in two years by U.S. authorities, it was because of suspected connections to Abu-Salha. That was not enough to “constitute a substantive threat” at that time, U.S. authorities said on Sunday.

The two also attended the same school, Indian River State College in Fort Pierce, the southeast Florida city where Mateen also lived. Mateen graduated in 2006 with a degree in criminal justice, while Abu-Salha was enrolled in the fall 2010 and spring 2011, according to school officials.

In Fort Pierce’s close-knit Muslim community of about 100 families, Mateen was known as quiet with few friends.

“He wasn’t a people person. He was not extremely friendly but he wasn’t rude either,” said Mohammed Jameel, 54, who worshipped at his mosque.

His ex-wife has described him as “bipolar,” emotionally disturbed, violent and physically abusive.

A neighbor in Mateen’s condominium complex described him as “awkward.”

“With everybody in this building, if you see somebody, and you know each other, you say, ‘how are you doing?’ – small talk,” the neighbor said. “With him, it was just awkward stares.”

“I WOULD HAVE ARRESTED HIM MYSELF”

A half hour into the nightclub siege, at 2:30 a.m., Mateen telephoned a police hotline and quickly hung up. He dialed again, speaking to a dispatcher, and then hung up. On the third call, he spoke with a dispatcher again briefly.

It was during those conversations, Comey said, that he pledged loyalty to Islamic State leader Abu Bakr al-Baghdadi, claimed solidarity with the ethnic Chechen perpetrators of the 2013 Boston Marathon bombing, and expressed support for Abu-Salha, who had fought with Jabhat al-Nusra.

Comey noted that al-Nusra is “a group in conflict with the so-called Islamic State.”

“We see no indication that he was part of any kind of network,” Comey told a news conference. “It is also not entirely clear at this point just what terrorist group he aspired to support.”

When Mateen traveled to Saudi Arabia in 2011 and 2012, he did so with his family to take part in surah, a minor pilgrimage that can be made for much of the year, said his father and a Saudi official.

A U.S. official said Mateen also appeared to have visited the United Arab Emirates on one of the trips. The Saudis, the official said, have not provided evidence that Mateen made contact with known extremists, adding that anyone thought to be a threat is kept under surveillance by Saudi authorities.

His father – an Afghan who immigrated to the United States in the 1980s after Russia’s invasion of Afghanistan – said he met with his son several times a week but had no idea of his plans for violence. The family moved from New York in 1991, when Mateen was five years old.

“If I was aware of it,” he said, “I would have arrested him myself in a second.”