The decision was made at a gathering of the powerful politburo of the ruling Workers’ Party’s Central Committee convened by North Korean leader Kim Jong Un. 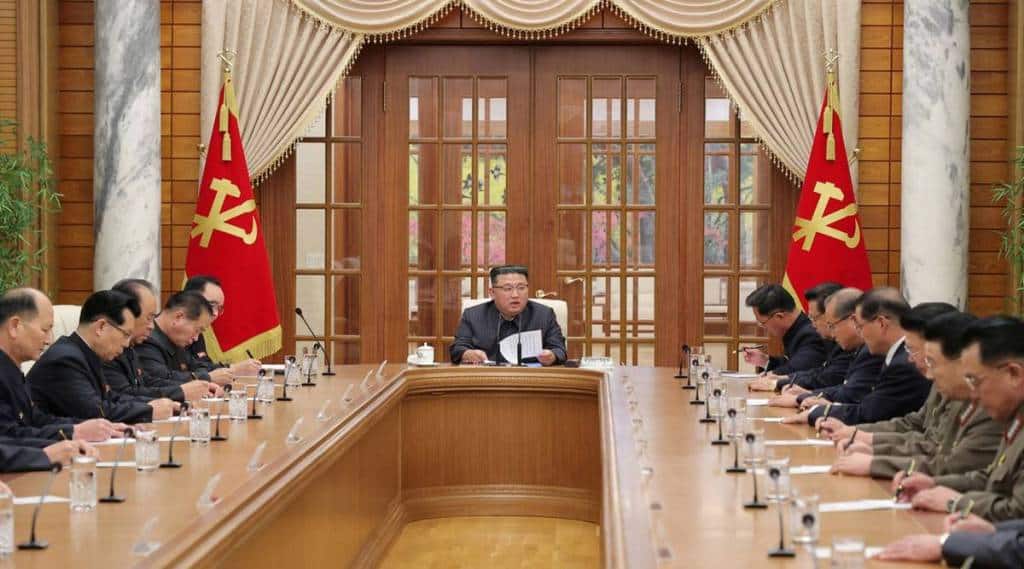 North Korea will hold a plenary meeting of its ruling party’s central committee in late December to set major policy directions, state media KCNA said on Thursday. The decision was made at a gathering of the powerful politburo of the ruling Workers’ Party’s Central Committee convened by North Korean leader Kim Jong Un.

The Central Committee’s 6th Plenary Meeting comes after the isolated country conducted a record number of missile tests this year, including its recent successful launch of an intercontinental ballistic missile (ICBM). Kim faces daunting economic challenges amid international sanctions over its nuclear and missile programmes, an anti-pandemic lockdown and natural disasters.

At the gathering, officials reviewed and analysed the implementation of the major policies of the party and the state for this year and proposed major agenda items to be discussed at the upcoming meeting, KCNA said. This year’s internal and external circumstances were “the unprecedented adversity that tested our will and fighting efficiency”, but the country achieved “remarkable development” to raise its prestige and honour to a new level, Kim said.

“It is very important for all sectors to find innovative ways for solving the problems by tapping our potentiality and to properly confirm the next year’s plan on the basis of the correct analysis of the experience and lessons accumulated in the course of a year’s struggle,” KCNA quoted him as telling the gathering. He called for mapping out a “dynamic, advanced, scientific and detailed” plan to implement major policies at the upcoming plenary meeting, it added.