The findings suggest that the words of millions of people on social media have considerable information about an event’s credibility – even when an event is still ongoing. 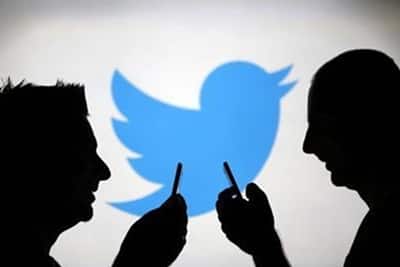 Scientists, including one of Indian origin, have identified words and phrases that predict the credibility of posts on microblogging site Twitter, an advance that may help tackle the menace of ‘fake news’.

The findings suggest that the words of millions of people on social media have considerable information about an event’s credibility – even when an event is still ongoing.

“There have been many studies about social media credibility in recent years, but very little is known about what types of words or phrases create credibility perceptions during rapidly unfolding events,” said Tanushree Mitra, a PhD candidate at Georgia Institute of Technology, who led the research.

Also Read
Chinese spy balloon spotted over US airspace: Pentagon
China says it is looking into report of spy balloon over
6.0 earthquake strikes off coast of Ecuador
What has changed in Kazakhstan after one year of tragic January events?

The team looked at 66 million tweets surrounding 1,400 real-world events in 2014 and 2015, including the emergence of Ebola in West Africa, the Charlie Hebdo attack in Paris and the death of Eric Garner in New York City.
They asked people to judge the posts on their credibility (from “certainly accurate” to “certainly inaccurate”).

Then the team fed the words into a model that split them into 15 different linguistic categories. The classifications included positive and negative emotions, hedges and boosters, and anxiety.
The system then examined the words to judge if the tweets were credible or not. It matched the humans’ opinions about 68 per cent of the time. That is significantly higher than the random baseline of 25 per cent, researchers said.
“Tweets with booster words, such as ‘undeniable,’ and positive emotion terms, such as ‘eager’ and ‘terrific,’ were viewed as highly credible,” Mitra said.
“Words indicating positive sentiment but mocking the impracticality of the event, such as ‘ha,’ ‘grins’ or ‘joking,’ were seen as less credible. So were hedge words, including ‘certain level’ and ‘suspects’,” she said.
Higher numbers of retweets also correlated with lower credibility scores. Replies and retweets with longer message lengths were thought to be more credible.

“It could be that longer message lengths provide more information or reasoning, so they’re viewed as more trustworthy,” she said.
“On the other hand, a higher number of retweets, which was scored lower on credibility, might represent an attempt to elicit collective reasoning during times of crisis or uncertainty,” Mitra said.

The system is not deployable yet, but the team says it could eventually become an app that displays the perceived trustworthiness of an event as it unfolds on social media.

“When combined with other signals, such as event topics or structural information, our linguistic result could be an important building block of an automated system,” said Eric Gilbert, an assistant professor in Georgia Tech.
“Twitter is part of the problem with spreading untruthful news online. But it can also be part of the solution,” said Gilbert.