Nestle is giving its instant coffee brand Nescafe and its Nespresso single-serve coffee a shot in the arm as fast-growing rivals with lean cost structures chip away at its global dominance. 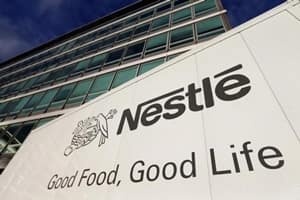 FMCG major Nestle India today reported over two-fold jump in standalone net profit at Rs 269.39 crore for the third quarter ended September 30, 2016 on the back of all-round growth. (Reuters)

Nestle is giving its instant coffee brand Nescafe and its Nespresso single-serve coffee a shot in the arm as fast-growing rivals with lean cost structures chip away at its global dominance.

It was thanks to innovation that Nestle became the world’s biggest coffee seller, by introducing the first instant coffee in 1938 and launching the first capsule machines in 1986.

While its two megabrands still control nearly 23 percent of the $77 billion retail coffee market, the breakneck rise of JAB Holdings, which has bought nine rivals in four years to grab a 16 percent share, is pushing Nestle to innovate once more.

At the higher end of the market, Nespresso VertuoLine is now being rolled out in France with other countries to follow in due course. The single-serve machine was launched in North America in 2014 to make cups of coffee bigger than the original Nespresso machines.

The steps Nestle is taking to revamp its business are designed to boost sales and profits in emerging and developed markets alike and reflect the struggles of large packaged food producers in general to improve performance. This will be a priority for Nestle’s incoming CEO Ulf Mark Schneider, who joins next month before taking the full reins at the start of 2017.

Sales have slowed as economic growth worldwide has slowed, putting the spotlight on cutting costs to drive profits. What’s more the executives behind JAB are known to keep a close eye on costs, giving them a reputation for earnings growth.

Nestle, which has missed its long-term annual sales growth target three years running, will report first-half results on Thursday. It will be the first financial report since Nestle announced a cost saving programme in May that helped ease concern about its plan to improve profitability that had been unclear to investors up until then.

Analysts are expecting 3.8 percent like-for-like first-half sales growth, according to a Reuters poll, taking into account a slowdown in the most recent quarter because low dairy prices and deflation in Europe made it hard to raise prices.

Nescafe, popular in emerging markets, and Nespresso, more concentrated in developed markets, both grew in the first quarter and are expected to show continued growth in the second.

But Nestle executives acknowledge that being the biggest is no longer enough to ensure success, because a new generation of consumers want healthier fresh foods and unique experiences, and because growing rivals can use economies of scale to boost their own brands.

Besides the global ad campaign fronted by will.i.am, Nescafe is also introducing more premium and local products to appeal to increasingly demanding consumers, as well as opening trendy shops in cities such as Tokyo and Seoul.

The world’s biggest food company faces growing competition on all fronts, but perhaps has the most to lose in coffee due to the rise of JAB.

Backed by the billionaire Reimann family, JAB now controls a host of brands including Jacobs, Douwe Egberts, Caribou and Keurig. Its swift expansion has earned it comparisons with private equity firm 3G Capital, which made AB InBev into a megabrewer that is now pursuing the biggest acquisition in consumer goods history by taking over SABMiller.

3G, which Nestle’s chairman once accused of “pulverising” the food industry, also recently formed Kraft Heinz, giving it control of U.S. coffee brands such as Maxwell House and Gevalia.

Putting a brave face on the rivalry, Nestle CEO Paul Bulcke told Reuters in June that he welcomed it, since it created value for consumers by forcing companies to be extra thoughtful.

“It is always challenging yourself on doing the right things and putting the resources behind the right ideas,” Bulcke said.

Nestle’s coffee revenue was over $15 billion last year, due largely to the global popularity of Nescafe, which it says is the third most-valuable drinks brand in the world behind Coca-Cola and Pepsi.

Following its purchase of U.S. single-serve coffee company Keurig Green Mountain, JAB now has the largest share of the capsule market, which is the fastest-growing part of the coffee business – and the most profitable.

Nespresso’s industry-leading profit margins have been protected by a closed retail system in which Nespresso capsules can only be purchased in Nespresso boutiques or online.

But with 210 rivals producing capsules of other brands compatible with Nespresso machines, and Starbucks due to launch its own pods this autumn, Nespresso margins could come under pressure.

“The challenge for Nespresso will be to maintain their exceptionally high profitability because they have to invest more in marketing, promotions and new stores,” Vontobel analyst Jean-Philippe Bertschy said.

Nestle’s Bula said Nespresso was planning 50 new boutique openings per year through 2020 in more than 20 new markets, adding that a large number of them would be in North America. It also recently launched digital and fully automated kiosks that can process capsule orders in seconds.

Its Nescafe Dolce Gusto brand has built a new factory in Brazil, its first outside Europe, to support its growth, and Nescafe is introducing a range of new milky, barista-style drinks and rare coffee origins that are harder to copy and command higher prices.

Nestle is also tailoring its drinks to new international markets, such as Coffee Viet made with fish sauce popular in Vietnam or Nescafe Arabiana with cardamom in the Middle East.

“They know they cannot rest on their laurels,” said Virginia Lee, analyst at Euromonitor.