Thereafter, he was out of power for 12 years. Following the death of Sushil Koirala, Deuba became party president in 2016 from the 13th general convention, defeating Poudel, the report said. 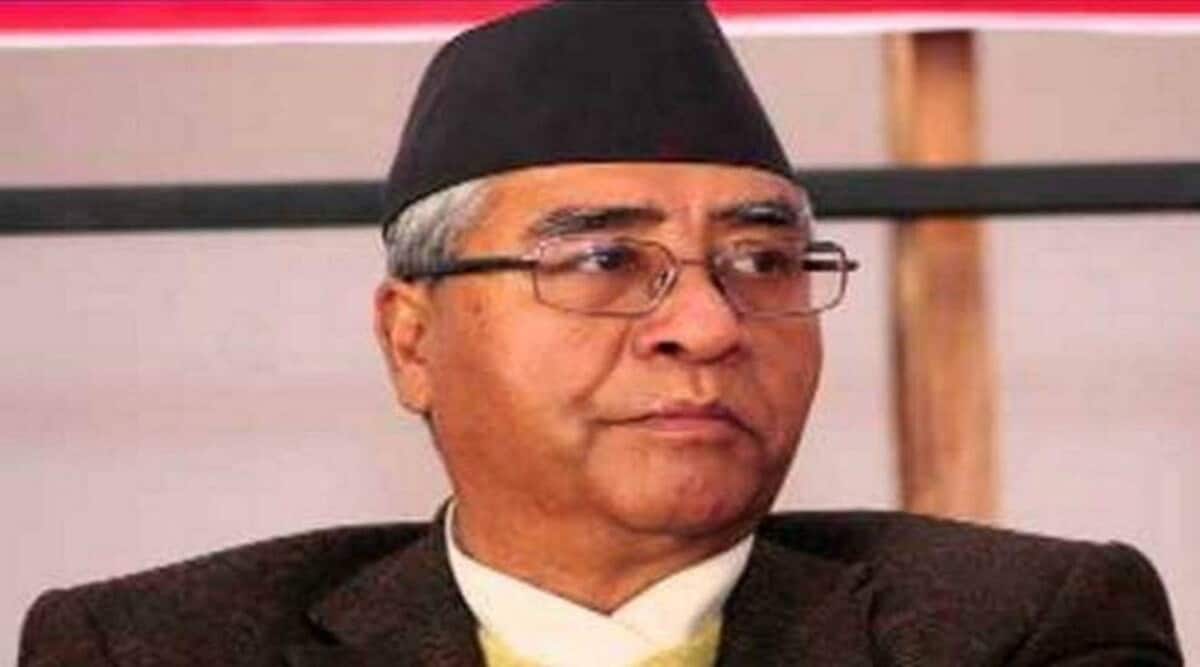 On Tuesday, the delegates of the Nepali Congress voted for the second time to elect the new party president.

Prime Minister Sher Bahadur Deuba was re-elected on Wednesday as the president of the ruling Nepali Congress – the country’s largest democratic party – for a consecutive second four year term after defeating his rival Shekhar Koirala in a run-off.

Five-time premier Dueba secured 2,733 votes during the second round of election, defeating Koirala, who secured 1,855 votes, according to the 14th General Convention of the Nepali Congress.
Koirala is the nephew of former prime minister Girija Prasad Koirala.

The total number of votes cast during Tuesday’s election was 4,623 while 35 votes were declared as void.
The first round of the election could not decide the party president as none of the five contestants received a clear majority of more than 50 per cent votes. Deuba had secured 2,258 votes while Koirala received 1,702 votes in the first round of voting.

During the second round of voting, other contestants for the party president’s post in the first phase of election Prakash Man Singh and Bimalendra Nidhi decided to support 75-year-old Deuba, allowing him to register a comfortable victory.

Nidhi and Singh – who both had announced their candidacies against Deuba stating that he was no longer relevant or fit to run the party and accusing him of disregarding party laws and norms – declared their support for Deuba, contradicting their previous stance to support the rival faction if and when the contest moved to the second round, The Himalayan Times reported.

Another contestant Kalyan Gurung too announced his support for Deuba, who had personally met Singh and Nidhi prior to the run-off.
On Tuesday, the delegates of the Nepali Congress voted for the second time to elect the new party president.

Talking to the media, Nepali Congress leader Dr Prakash Sharan Mahat said that Deuba will unify the party as one and move ahead in the upcoming elections. “His capability to win the trust of the establishment, as well as the rival factions, has shown his strength as a competent leader.” Senior party leader Ram Chandra Poudel also congratulated Prime Minister Deuba and said that the focus of the party’s president would be on building a strong and united NC by including everyone and wished him success in defending democracy and good governance.

“On the one hand, democracy established by the Nepali people after seven decades of struggle and the constitution issued through the Constituent Assembly is still in danger, while on the other, the country continues to be pushed toward instability and imbalance. A united and pure NC is needed at present to overcome both issues,” Poudel said.

Nepali Congress leader Gagan Thapa said that he expects that Deuba will start the tradition of running the party systematically by assimilating the expectation of unity in the party supporters.

Congratulating Deuba through social media, Thapa wrote, “We will cooperate on the issues of the campaign for a prosperous Nepal and party transformation.” After the first parliamentary elections held following the restoration of democracy in Nepal in 1990, Deuba became home minister in the Girija Prasad Koirala-led government. He was 46 then.

Four years later, riding on political upheavals first stoked by GP Koirala and then Manmohan Adhikari – both dissolved the House of Representatives, but the latter’s attempt was blocked by the Supreme Court – Deuba became prime minister. He served for less than two years until March 1997.
His second stint as prime minister started on July 26, 2001, months after the royal massacre. The Maoist insurgency, launched in 1996, was at its peak. He declared a ceasefire with the warring Maoists, but it broke down after the rebels backtracked.

In 2002, then King Gyanendra fired Deuba as prime minister, calling him incompetent after he sought more time to hold elections, The Kathmandu Post reported.
The same year, Deuba split from the Nepali Congress in a rebellion against GP Koirala and formed Nepali Congress (Democratic). But Gyanendra appointed him prime minister again in 2004 after two governments.

Thereafter, he was out of power for 12 years. Following the death of Sushil Koirala, Deuba became party president in 2016 from the 13th general convention, defeating Poudel, the report said.

A year later, he struck a deal with Maoist chair Pushpa Kamal Dahal ‘Prachanda’ and returned to power, for a fourth time, on June 7, 2017.
His government oversaw the elections that year which his party lost to the communists. The Congress came a distant second. He vacated Baluwatar for KP Sharma Oli in October 2018.

But three and a half years later, Oli’s misadventures and infighting in his party set the ground for Deuba to return to power for a fifth time. Deuba was appointed prime minister on July 13 as per a Supreme Court order a day before.

Though the elections to the party president are over, election results for various posts, including the office bearers and central working committee, are still not out. It will take another couple of days to come to the final results.

The central elections committee has decided to count votes from Thursday for the rest of other posts–vice president, secretary general, joint general secretaries and central working committee–to be elected from open and other different clusters.

Minendra Rijal, 64, and Prakash Sharan Mahat, 62, too have thrown their hats in the ring. The party can elect only two general secretaries, it said.