Half a dozen leaders within the Nepali Congress (NC), which has so far won 53 seats under the direct voting system, have expressed their aspirations to become the next prime minister, My Republica newspaper reported 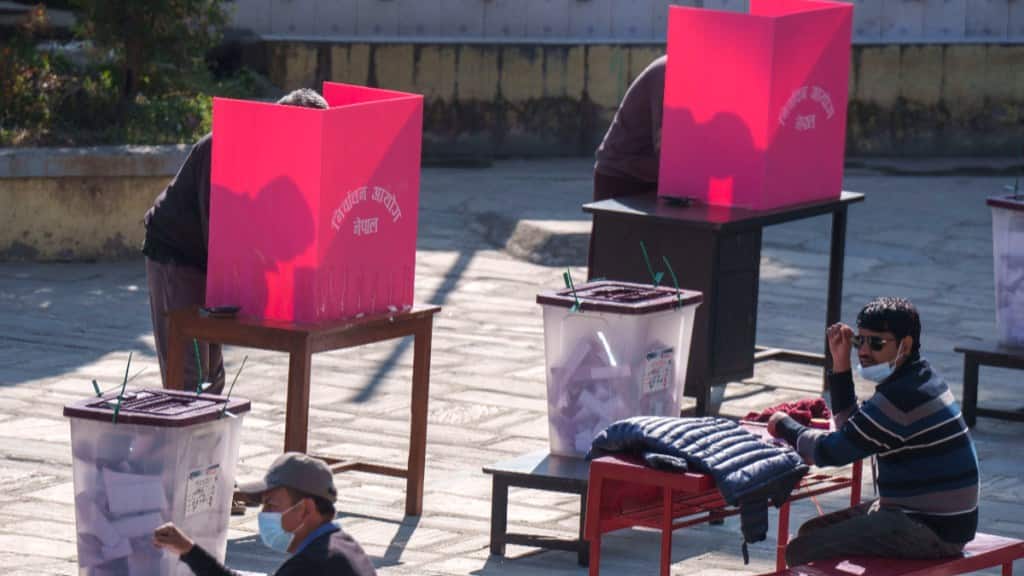 About half a dozen leaders of the Nepali Congress, which has emerged as the single largest party in Nepal‘s parliamentary polls, have expressed their desire to become the country’s next prime minister, amidst growing pressure on the party to transfer the leadership to the younger generation.

Even as the leaders of the ruling five-party alliance intensified efforts to form a new government, it will take a few more days before the final results of the House of Representatives and seven provincial assembly elections held on November 20 are announced.

Half a dozen leaders within the Nepali Congress (NC), which has so far won 53 seats under the direct voting system, have expressed their aspirations to become the next prime minister, My Republica newspaper reported.

Also Read
Prime Minister Rishi Sunak declares UK’s ‘golden era’ with China
NATO will ramp up aid for Kyiv, says Vladimir Putin uses winter as ‘weapon of war’
US continues to stand up and support right of peaceful protest: White House on China
China protests: People pour out anger on streets as they struggle for freedom from zero-Covid restrictions – A detailed analysis

Also Read: China in Nepal: Another proxy war with India?

So far results of 158 seats have been declared. The ruling alliance led by the NC is moving towards a clear majority, allowing them to form a new government. The counting of votes is almost complete, with the results of six seats yet to be announced.

A party needs at least 138 seats to form a majority government in the 275-member House of Representatives.

The five-party ruling alliance, which includes the NC, CPN-Maoist Centre, CPN-Unified Socialist, Loktantrik Samajwadi Party and Rashtriya Janamorcha has a combined strength of 85 seats in the HoR under direct election, followed by the Opposition CPN-UML alliance with 57 seats.

Following discussions with Prachanda and Nepal, Deuba agreed to continue the current alliance and move forward for the economic development and prosperity of the country by including other parties in the process.

Sources claim that the top leaders of the three parties concluded that the electoral coordination was partially successful in the recently held elections. They also claimed that the leaders are unanimous that after the results of the election, they will discuss the formation of the government at the centre and provincial level as well as other issues and move forward by forging an agreement.

With the continuation of the current coalition, it is estimated that there is a strong possibility that 76-year-old Deuba can become the Prime Minister again and that he will be elected as the leader of the NC parliamentary party.

Thapa has publicly announced that he will contest for the post of leader of the parliamentary party after the final results of the election.

Paudel has been saying that his leadership is necessary for the country.

Sources claim that in a meeting with the Unified Socialist Chairman Madhav Nepal on Monday, Paudel sought his support to lead the new government. He also held talks with leaders including Prime Minister Deuba and former NC vice president Bimalendra Nidhi.

Singh, who was elected as a member of the House of Representatives from Kathmandu 1, has been presenting himself as the next prime minister, saying that he has worked from the grassroots to the number two position in the party.

Singh, who is in favour of assuming the leadership role after winning the trust of NC President Deuba, met with UML Chairman Oli on Sunday. Former General Secretary Shashank Koirala, who was elected as a member of the House of Representatives from Nawalpur East 1, has claimed that he would be the next prime minister.

Likewise, NC Vice President Purna Bahadur Khadka has not publicly claimed to be the prime minister but has been telling those close to him that he will lead the party and the government after Deuba.

Khadka, who was elected from Surkhet 1 constituency, has been presenting himself as Deuba’s successor.

If there is no consensus within the party, Koirala is ready to compete for the leader of the parliamentary party.

Thapa has also been projecting himself as the prime minister.

Meanwhile, a total of 93,05,766 proportional votes have been counted in the elections to the House of Representatives.

The parties which are struggling to cross the three per cent threshold required to win seats under the PR category include the CPN (Unified Socialist) and the Nagarik Unmukti Party.

According to the details of the Commission, the Unified Socialist Party has received 2,78,299 votes the Nagarik Unmukti Party has received 2,46,168 votes. These parties expect to cross the threshold when the counting of proportional votes is completed. Elections to the House of Representatives (HoR) and seven provincial assemblies were held to end the prolonged political instability that has plagued the Himalayan nation. Out of 275 Members of Parliament, 165 will be elected through direct voting, while the remaining 110 will be elected through a proportional electoral system.