India’s G20 agenda will be inclusive, ambitious, action-oriented and decisive, he said. 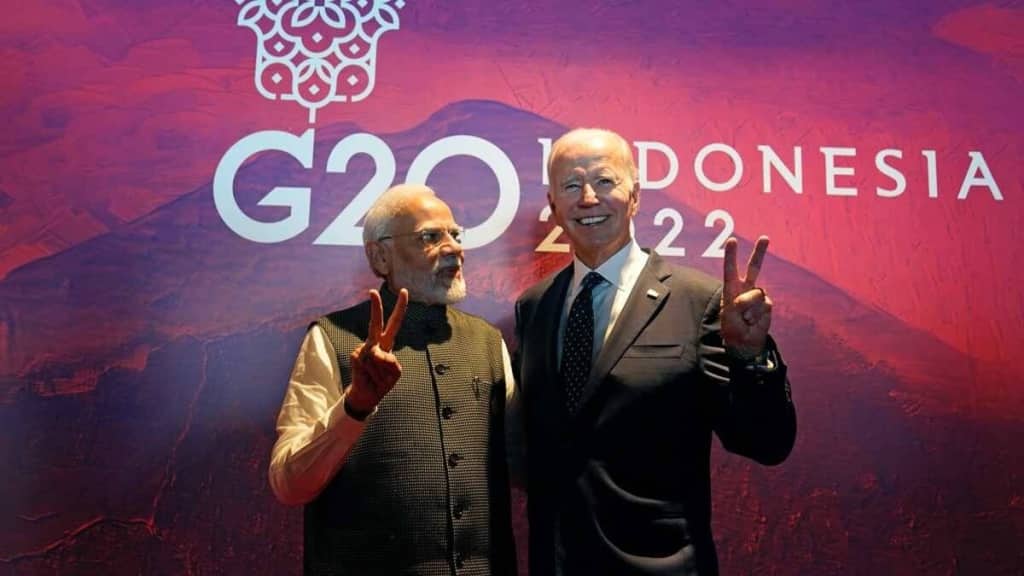 "India is a strong partner of the US, and I look forward to supporting my friend Prime Minister Modi during India's G20 presidency," Biden tweeted on Friday. (Image: PTI/AP)

Describing India as a strong partner of the US, President Joe Biden on Friday said he was looking forward to supporting his “friend” Prime Minister Narendra Modi during India’s G20 presidency.India formally assumed the G20 Presidency on Thursday.”India is a strong partner of the US, and I look forward to supporting my friend Prime Minister Modi during India’s G20 presidency,” Biden tweeted on Friday.

Replying to Prime Minister Modi’s tweets, which also carried a link to his blog, President Biden underlined that both countries “will advance sustainable and inclusive growth while tackling shared challenges like the climate, energy, and food crises.” Prime Minister Modi on Thursday said India will work to further promote oneness, inspired by the theme of “One Earth, One Family, One Future” and listed terror, climate change, pandemic as the greatest challenges that can be best fought together.India’s G20 priorities will be shaped in consultation with not just our G20 partners, but also our fellow-travellers in the global South, whose voice often goes unheard, Modi said in an article which appeared in several newspapers and was posted on his website as well.

India’s G20 agenda will be inclusive, ambitious, action-oriented and decisive, he said. “Let us join together to make India’s G20 Presidency a Presidency of healing, harmony and hope. Let us work together to shape a new paradigm — of human-centric globalisation,” Modi noted.The country looks forward to working on encouraging sustainable lifestyles, depoliticising the global supply of food, fertilisers and medical products among other subjects, the Prime Minister said in a series of tweets.The next G20 Leaders’ Summit at the level of Heads of State/Government is scheduled to be held on September 9 and 10 in New Delhi.The G20 or Group of 20 is an intergovernmental forum of the world’s major developed and developing economies.It comprises Argentina, Australia, Brazil, Canada, China, France, Germany, India, Indonesia, Italy, Japan, the Republic of Korea, Mexico, Russia, Saudi Arabia, South Africa, Turkey, the UK, the US and the European Union (EU).Together, they account for over 80 per cent of the global Gross Domestic Product, 75 per cent of international trade and two-thirds of the world population.