Pupils are also being asked to take part in on-site rapid COVID tests and to get their vaccines, if due, before the start of the new term. 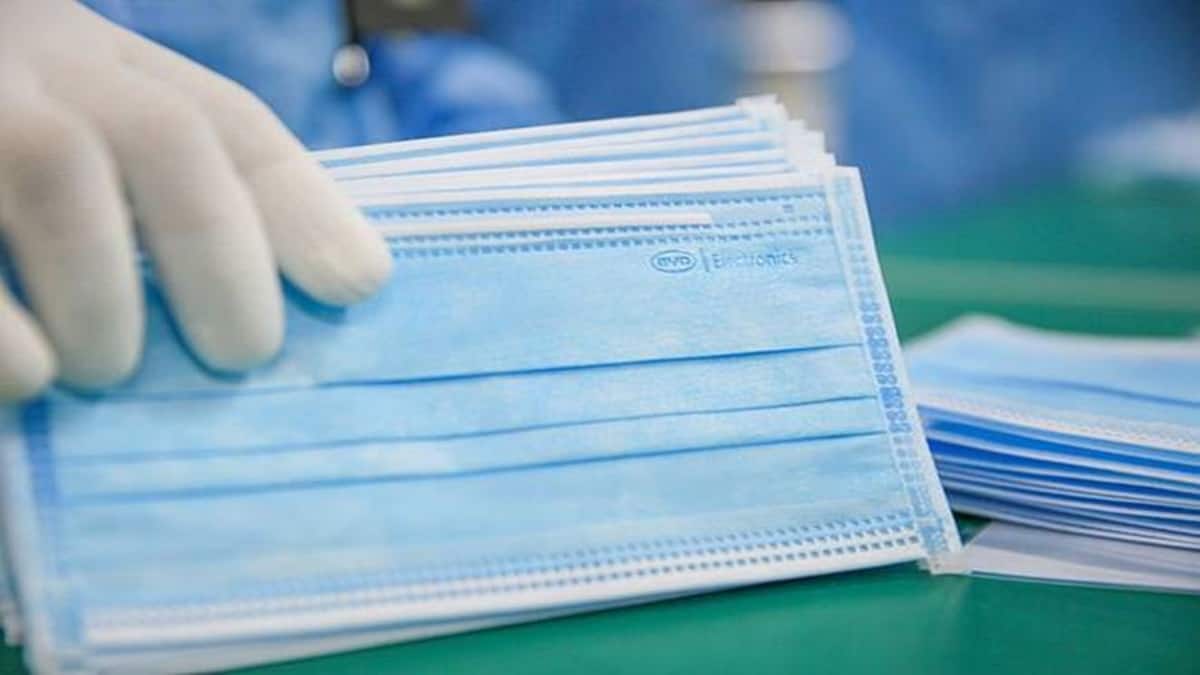 The agency explained that in the US, self-isolation begins only after a positive test – which may be some days after symptoms first appear.

Secondary school students in England will be required to wear face coverings in classrooms amid the spread of the Omicron variant of COVID-19, the UK government said on Sunday.

The rules, which bring England in line with other parts of the United Kingdom, are to be brought in on a temporary basis in time for students to return to classrooms after the Christmas holidays next week.

Pupils are also being asked to take part in on-site rapid COVID tests and to get their vaccines, if due, before the start of the new term.
“The Prime Minister [Boris Johnson] and I have been clear that education is our number one priority. These measures will bolster our support to schools as we do everything in our power to minimise disruption,” said UK Education Secretary Nadhim Zahawi.

“There is no doubt that the Omicron variant presents challenges but the entire education sector has responded with a Herculean effort, and for that I thank each and every one of you,” he said.

The classroom rule, which does not include teachers, will apply until a review planned for January 26. The government also announced it would be making 7,000 air cleaning units available to schools and colleges as part of efforts to tackle the spread of Omicron.

The announcement comes as the UK recorded another 162,572 new COVID-19 cases in the country on Saturday. It has led to the government drawing up contingency plans over fears that up to a quarter of public sector workers could be absent due to the high number of cases.

Prime Minister Johnson has told ministers to test preparations for a possible worst-case scenario as swathes of workers are forced into a compulsory seven-day isolation after testing positive for COVID-19.

There are fears of chaos for public services, transport networks, and the National Health Service (NHS) staffing levels. Some rail services in January have already been cancelled, or emergency timetables introduced, amid soaring staff sickness.

Some experts have called for a US-style self-isolation system to be introduced, where people only have to quarantine for five days, but the UK Health Security Agency (UKHSA) said doing so would be counterproductive and could actually worsen staff shortages if it led to more people being infected.

The agency explained that in the US, self-isolation begins only after a positive test – which may be some days after symptoms first appear.
On day six, the UKHSA says its modelling suggests 10-30 per cent of people will still be infectious, depending on how quickly they get their test result after developing first symptoms.

Therefore, ending self-isolation after seven days with two negative lateral flow tests gives a similar level of protection to self-isolating for 10 days, when 5 per cent of people will still be infectious.

The UK Cabinet Office said that public sector leaders have been asked to test plans against worst-case scenarios of workforce absences of 10 per cent, 20 per cent and 25 per cent.

“We have been working through the Christmas period to prepare where possible for this, with all departments liaising closely with public and private sector leaders who are best placed to operationally manage their workforces. The best way to combat Omicron is to get boosted and I encourage anyone who is eligible to get boosted now,” he said.

The Opposition Labour Party accused the government of leaving contingency planning “to the very last moment” in the face of the Omicron wave of COVID cases.
Angela Rayner, Labour’s deputy leader, said: “The Prime Minister’s lack of leadership means his government has dithered and delayed, leaving contingency planning to the very last moment.” “Boris Johnson should have instructed his ministers to start planning weeks ago, but instead he went missing for days on end. With record COVID infection numbers, the Prime Minister must immediately get a grip on workforce pressures, keep essential services moving, keep schools open and keep people safe,” Rayner said.