It is believed that the rebels want to pressure the government to negotiate and do not intend to enter Addis, where they are very unpopular. 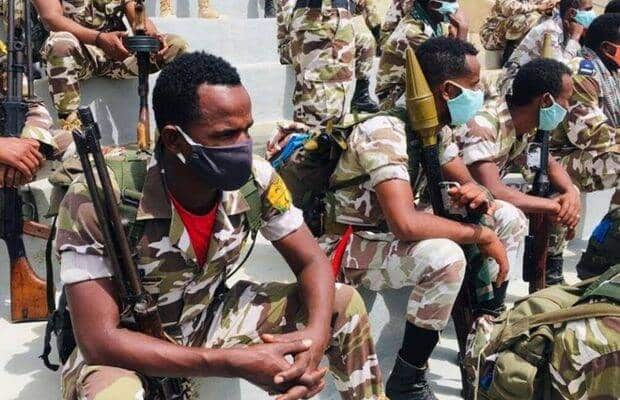 There is no time to waste. (File image: DW via IE)

In the run up to the historic first India Africa Forum Summit of 2008, I frequently travelled to the Ethiopian capital of Addis Ababa for negotiations with the Permanent Representatives of then 53 member states of the African Union (AU) headquartered there. Today, US Envoy for Horn of Africa Jeffrey Feltman and his counterpart from the African Union, former Nigerian President Olusegun Obasanjo, are carrying out shuttle diplomacy, searching for ways to stop the civil war that Ethiopia finds itself mired in. The country’s breakaway northern Tigray region led by the Tigray People’s Liberation Front (TPLF)is on the brink of humanitarian disaster, and Ethiopian troops, their allies and rebel forces stand accused of grave human rights abuses. Thousands of civilians have died, and hundreds of thousands have been displaced, and many now face starvation.

The TPLF was born in the mid 1970s as a small militia of the Tigrayans who felt marginalized by Ethiopia’s Marxist military dictatorship; the Oromo and Amhara ethnic groups make up more than 60percent of population, while the Tigrayans only 6-7percent. Yet the TPLF became the most powerful rebel force, eventually leading an alliance that toppled the federal government in 1991; PM Meles Zenawi led Ethiopia to prosperity, growth and stability from 1991 till his death in 2012. I met PM Zenawi During official visits to Ethiopia, he was committed to a strong bilateral relationship and put his weight behind India’s new Africa policy. Zenawi Sent troops into Somalia with American backing to fight militants in 2006, but at home opposition was curbed. Anti-government protests in 2016 paved the way for Abiy Ahmed to become PM in 2018. He set a date for national election and formed a cabinet representing the multi-ethnic population of Ethiopia. He purged Tigrayan officials and charged some with corruption and human rights abuses, incensing the Tigrayans. In January 2020 the TPLF was declared a terrorist organization.

Abiy Ahmed’s fortunes have drastically turned; only three years ago he had assumed power, ended the 25-year conflict with neighboring Eritrea and earned the Nobel Peace Prize.While the international community lauded Abiy, the Tigray faction led by the TPLF realized that their 30-year control of Ethiopia was at risk of ending. In Nov 2020, the TPLF attacked the National Defence Forces base in Tigray and stole weapons; Addis counter-attacked to regain control of Tigray. Eritrea helped from the North. Meanwhile, the election, postponed due to the pandemic, was held this year giving Abiy’s Progressive Party a decisive victory despite Tigray’s boycott. On June 28, 2021, the Ethiopian govt announced ceasefire, the TPLF responded by broadening the war into Amhara and Afra regions and threatened to march into Addis Ababa. Addis blockaded Tigray.

As the war drags on, Ethiopia which with its close ties to the American military was seen as the strategic lynchpin of the Horn of Africa, has become a source of instability in a volatile region. The war and the humanitarian disaster have profound implications for the stability of the entire Horn of Africa-a region of utmost importance for the continent.Ethiopia is the second most populous country in Africa, a growing economy, home to the African Union, with strategic geographic importance. Ethiopia’s stability is critical to the region. The war has exposed ethnic and communal fissures in Ethiopia. If the conflict continues it will catapult the country into a broader civil war, thereby creating regional and global security challenges. It is feared by analysts that terrorist organizations such as al-Shabab and ISIS affiliates could exploit the chaos in Ethiopia. While the world community has condemned the development, the assessment is that the collapse of an elected government will not serve anyone’s interest either.

The UAE government which has 92 projects in cross cutting sectors across Ethiopia has opened an air bridge to arm Addis fight the rebels, and to counter TPLF support to opposition groups in Eritrea that could affect neighboring countries where the UAE has military bases.This might strain UAE-Egypt relations as Egypt might step in to support TPLF due to the foreign intervention of Eritrea and UAE. Addis signed a military pact with Turkey in August this year, amid reports it wanted to deploy drones in the war. Egypt has issues with the Turkey-Qatari alliance in the Middle East.

It is difficult to end a war but there are ways to de-escalate and avert a worse humanitarian calamity; if it continues Ethiopia could face extensive famine and nationwide civil war, the last famine in the 1980s left 1.2 m dead. 7m people need humanitarian assistance in the north alone, and about 400,000 people in Tigray are living in famine-like conditions. A blockade of Tigray has impeded aid from reaching the area for months, along with ethnic cleansing in Western Tigray.

The civil war has shifted dramatically with the rebel forces,with their guerilla tactics and human waves, having an upper hand. The rebels have also pushed east to control the road to the port city in Djibouti, a key supply route. In late October, the Tigray forces captured two towns on the main highway leading to Addis Ababa. On Nov 2, the government declared a nationwide state of emergency and residents of Addis Ababa were told to be ready to take up arms to defend residential areas. Tens of thousands of people have rallied in the capital in solidarity with the Abiy government.

The Secretary General of the United Nations, African Union, Intergovernmental Authority on Development (IGAD) and the UN Security Council have all called for an immediate cessation of hostilities. The US has condemned Ethiopia’s conduct in the war, suspended most security assistance to the country, and authorized sanctions against officials believed to be fanning the flames of conflict in Tigray. At the same time the US has tried to jump start a peace process to pressure the parties towards compromise, namely, immediate and unconditional ceasefire, unhindered humanitarian access, and all-inclusive national dialogue. None of the parties to the conflict have accepted these terms, however, and the US appears to have limited leverage. All the parties now see the conflict in existential terms: either they or us.

Still there may be a window of diplomacy to succeed. Regional conflicts require regional solutions. There is no time to waste. The regional players along with the international community can help facilitate the talks between parties who do not trust each other, offer technical assistance including monitoring an eventual ceasefire and sequencing of a future peace process. The AU could expand and accelerate its efforts with international help to negotiate a settlement of the conflict.

Ultimately the troops and not diplomats will determine the outcome of the conflict. The US Envoy after his return from the region on November 23 said that progress in peace talks was fragile and risked being outpaced by the alarming developments on the ground that threaten Ethiopia’s overall stability and unity. The main aim of Addis is to get the rebel forces back into Tigray and to vacate Amhara and Afar. The rebels place priority on the lifting of de facto humanitarian siege since July this year. It is universally agreed that Addis must remove the blockade and the rebels should halt its advance on Addis. These two objectives are not mutually exclusive.

It is believed that the rebels want to pressure the government to negotiate and do not intend to enter Addis, where they are very unpopular. PM Abiy has left the capital and has joined his troops in the confidence he can turn the tide and resolve the conflict without outside interference.

I for one would like to see the country return to normalcy. Ethiopia Has for long been a preferred station of posting in Africa for diplomats, not the least for its weather. It is rated as the cradle of mankind; the first remains of human skeleton are known to have been discovered in its Afar region. In September 2007, the country which runs a unique Coptic calendar observed the third Ethiopian millennium, 2000, with freshly minted commemorative coins: one side of the coin is Lucy, the name given to a collection of several hundred pieces of fossilized bone representing 40 percent of female skeleton dating back to 3.2 million years!

(The author is a former Indian ambassador and a former Joint Secretary, Africa, Ministry of External Affairs. Twitter:@nchauhanifs Views expressed are personal and do not reflect the official position or policy of Financial Express Online).