Drone attacks in UAE and conflict in Yemen

The smoke and fire smoldered in the heart of the UAE, as a result of the attack, has brought to fore the raging tempest in Yemen and the role of external actors in the multilateral conflict. 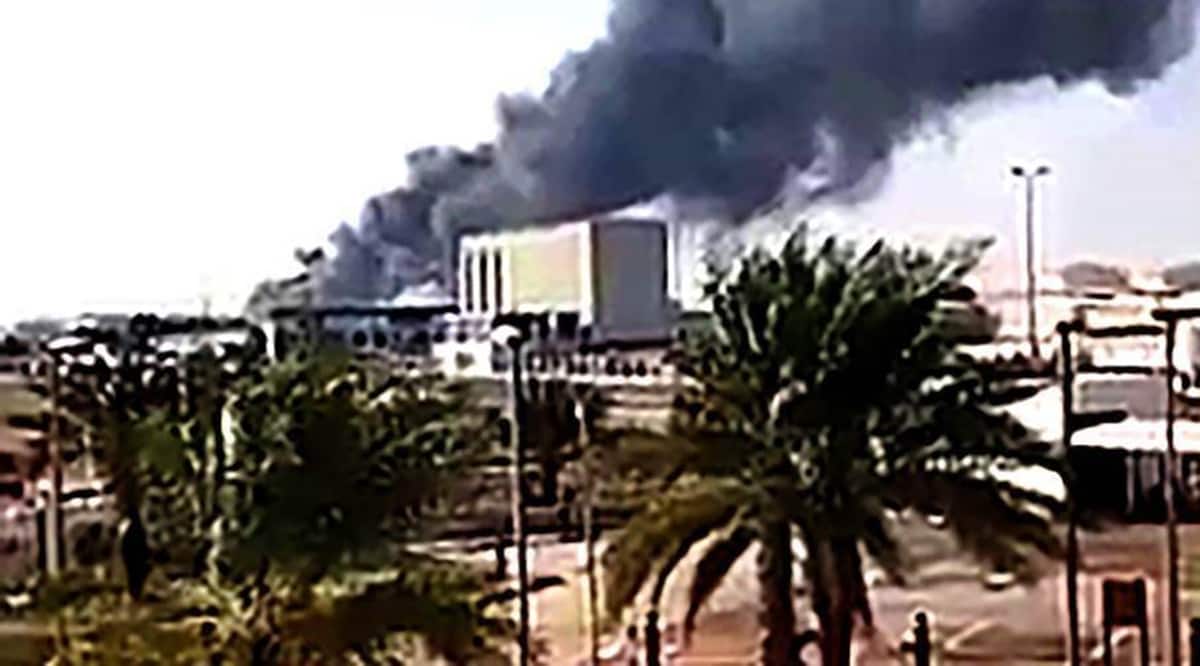 The drone attack by the Houthi movement in the UAE is indeed a serious concern for the region. (File image: UNI via IE)

On 17 January 2022, Yemen’s Houthi movement claimed to have carried out drone attacks in the United Arab Emirates (UAE) that possibly led to fire explosion in two places, that is, a petrol pump storage facility and airport in the country. According to reports, two Indians and one Pakistani citizen were killed when three oil tankers exploded at Mussafah, near ADNOC’s storage tanks. The Houthi movement that controls vast expanse of territory in north Yemen has earlier carried out similar drone and cross-border missile attacks in Saudi Arabia.

The smoke and fire smoldered in the heart of the UAE, as a result of the attack, has brought to fore the raging tempest in Yemen and the role of external actors in the multilateral conflict. The lengthy conflict, which has its roots in the failure of a political process and reforms following Arab Uprising in 2011, has turned the country into a battleground for proxy war since 2015. The widened schism between Saudi-led coalition supporting the internationally recognized government on one hand and on other hand, Iran-backed Houthi group has led to volatile and precarious situation in Yemen. In a pattern that has been wearingly common in West Asia, the country today stands divided into de facto areas of rule and control. Although the UAE has withdrawn its military presence on ground in Yemen in 2019, it continues to hold sway by training and backing local armies.

The drone attacks that took place in the UAE, although rare, are perceived as a retaliation to the former intensifying its role recently in Shabwa and Marib, strategically important provinces in Yemen. The UAE-backed Yemeni troops have joined the coalition to fight the Houthi group in Marib to take control over the energy-rich region. Moreover, Giants Brigade forces, which are supported by the UAE, have been deployed last week as part of Saudi-led coalition’s efforts to renew the operations against the Houthi group in oil-producing Shabwa. The drone attacks in the UAE were also preceded by capturing of the Gulf nation’s vessel Rwabee, along with 11 crew members including seven Indians, by the Houthi group earlier this month. On 14 January 2022, United Nations Security Council demanded the immediate release of the vessel and stressed on freedom of navigation in Red Sea and the Gulf of Aden, which is an important strategic route for global shipping and oil trade.

The question remains as to why the prospects to end the protracted conflict remain bleak and what are the possible geo-strategic and security implications for the region in case of any further escalation between the UAE-backed forces and the Houthi group. Firstly, Yemen conflict is a contest that has been fought through proxies. It is a conflict for strategic supremacy, control over resources and vital geo-strategic areas. Therefore, prevention of the expansion of any one side of influence becomes key for the rival camps, the absence of which can be a threat to regional order. The Bab el Mandeb strait, which is the southern tip of Yemen linking the Gulf of Aden and Red Sea, is key artery for the global trade. It is observed that approximately 9 percent of oil and petroleum products are shipped through this narrow water passage. Thus, control over this area by any party involved in the conflict can result in paralyzing or disrupting the economy of many countries particularly the West.

Secondly, the role of the UAE in Yemen and the drone technology used by the Houthi group in the attacks, which is believed to have been supplied by Iran, needs to be analyzed through the larger prism of Saudi Arabia-Iran proxy war. The two countries and their allies have been involved in different conflict theatres of West Asia where there is an ongoing struggle for influence and have polarized the countries of the region into two spheres of influence. The apparent West Asian cold war is majorly a political and economic rivalry exacerbated by religious and sectarian differences exploited in pursuit of geopolitical reasons by the two countries. In other words, the struggle for influence is waged at multiple levels including political, economic and sectarian wherein Saudi Arabia and its allies and Iran have given avowed support and logistics to opposing sides that has engulfed Yemen into an apocalyptic conflict. In light of this, the recent drone attack by the Houthi group will only lead to two possibilities- either it will test the Gulf nation’s efforts to reduce tensions with Iran or it will result in the UAE’s bellicosity in Yemen, which will only sharpen the West Asian cold war divide in the region.

Thirdly, the continued violence in Yemen will only result in stalemate and weakening the efforts of international mediators. West Asia is popularly referred to as zone of perpetual conflict and Yemen remains world’s largest humanitarian crisis. The protracted violence, economic destruction and collapse of basic services including health, sanitation, nutrition, and water have led to unfortunate convergence of threats. The humanitarian disaster in Yemen has led to approximately more than 4 million people being displaced and around 21 million in need of humanitarian aid. Any further escalation between the warring sides will wreak havoc and will certainly have spill-over effects in the region.

The implications of the recent events involving the UAE and Houthi movement are not only restricted to region but also have an impact in the wider continent including India. The very fact that Indians have been among those killed in the recent drone attacks and part of the UAE vessel’s crew held by the Houthi group has become a security concern for the large Indian diaspora in the region. In the past, India has been vocal in pointing out that increasing violence and hostilities in Yemen is conducive for terrorist groups such as Islamic State and Al-Qaeda to expand their influence and control in the country. Therefore, a peaceful and stable Yemen is in the best interest of India. Importantly, India shares warm bilateral relations with each of the countries embroiled in the conflict and hence, the former will have to walk a tightrope in balancing the roles of Saudi Arabia, the UAE and Iran in case of any further escalation.

The drone attack by the Houthi movement in the UAE is indeed a serious concern for the region. It is a reminder that international community cannot afford to be decoupled from ground realities in Yemen and should not adopt a ham-handed approach towards the conflict. The mediators have been criticized for bungling of the efforts in Yemen crisis. The need of the hour is long-term and effective political, social and economic solutions to the Yemen conflict involving multiple external actors. The international diplomacy should ratchet up pressure on warring sides to adhere to peaceful resolution of the conflict and urge all the parties involved to eschew violence. The ongoing conflict in Yemen has huge financial costs not only for the region but also for the international community. The crisis has severely affected the people of Yemen whose lives have been further exacerbated by Covid pandemic.

(The author is Lead-Academics and Curriculum, Dalham Learning, Bengaluru. Email: aradhanatalwar29@gmail.com Views expressed are personal and do not reflect the official position or policy of Financial Express Online. Reproducing this content without permission is prohibited).