Saddened beyond words at tragic demise of one of my ‘dearest friends’: PM Modi on Abe’s death

Former Japanese Prime Minister Abe, one of his nation’s most powerful and influential figures, died after being shot during a campaign speech Friday in western Japan, according to NHK public television. 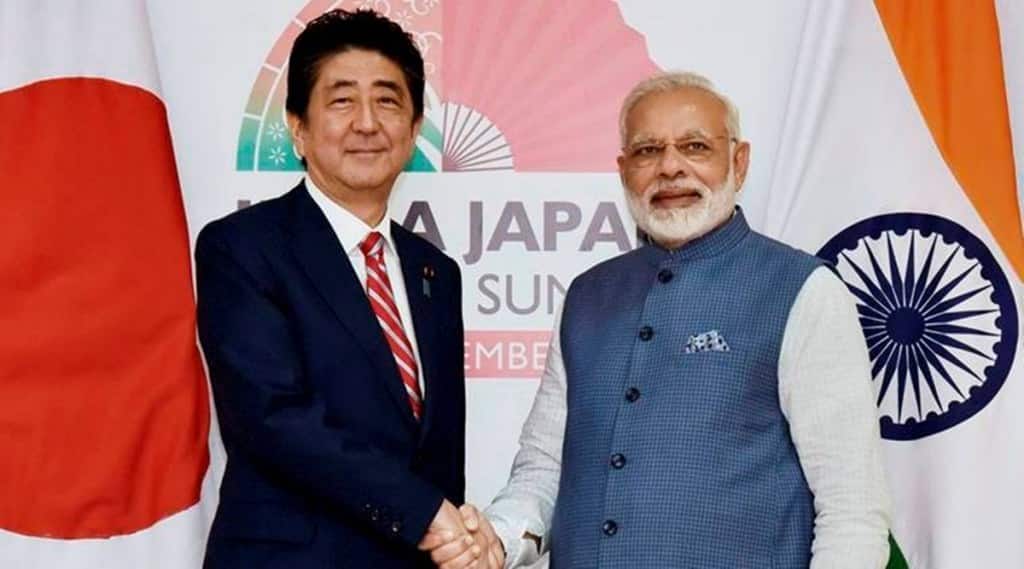 Shinzo Abe dies at 67, after being shot twice. (PTI)

Condoling the demise of former Japanese premier Shinzo Abe, Prime Minister Narendra Modi on Friday said he dedicated his life to making the world a better place and as a mark of India’s deepest respect, one-day national mourning shall be observed on July 9. Former Japanese Prime Minister Abe, one of his nation’s most powerful and influential figures, died after being shot during a campaign speech Friday in western Japan, according to NHK public television.

Prime Minister Modi said he was shocked and saddened beyond words at the tragic demise of one of his “dearest friends”.”He (Abe) was a towering global statesman, an outstanding leader, and a remarkable administrator. He dedicated his life to make Japan and the world a better place,” Modi said.

“My association with Mr. Abe goes back many years. I had got to know him during my tenure as Gujarat CM and our friendship continued after I became PM. His sharp insights on economy and global affairs always made a deep impression on me,” the Prime Minister said.Modi said that during my recent visit to Japan, he had the opportunity to meet Abe again and discuss many issues.”He was witty and insightful as always. Little did I know that this would be our last meeting. My heartfelt condolences to his family and the Japanese people,” Modi said.

“Mr Abe made an immense contribution to elevating India-Japan relations to the level of a Special Strategic and Global Partnership. Today, the whole of India mourns with Japan and we stand in solidarity with our Japanese brothers and sisters in this difficult moment,” he said.As a mark of our deepest respect for former Prime Minister Abe, one-day national mourning shall be observed on 9 July, Modi said.

The Prime Minister also shared a picture from his most recent meeting with Abe in Tokyo.”Always passionate about strengthening India-Japan ties, he had just taken over as the Chairman of the Japan-India Association,” he tweeted along with the picture.