De-Trumping US Foreign Policy: Reconstructing the faith in American power and leadership

President Biden came to power with a promise to re-engage with the international community, enhance cooperation with like-minded allies and restore America’s credibility and influence of power. 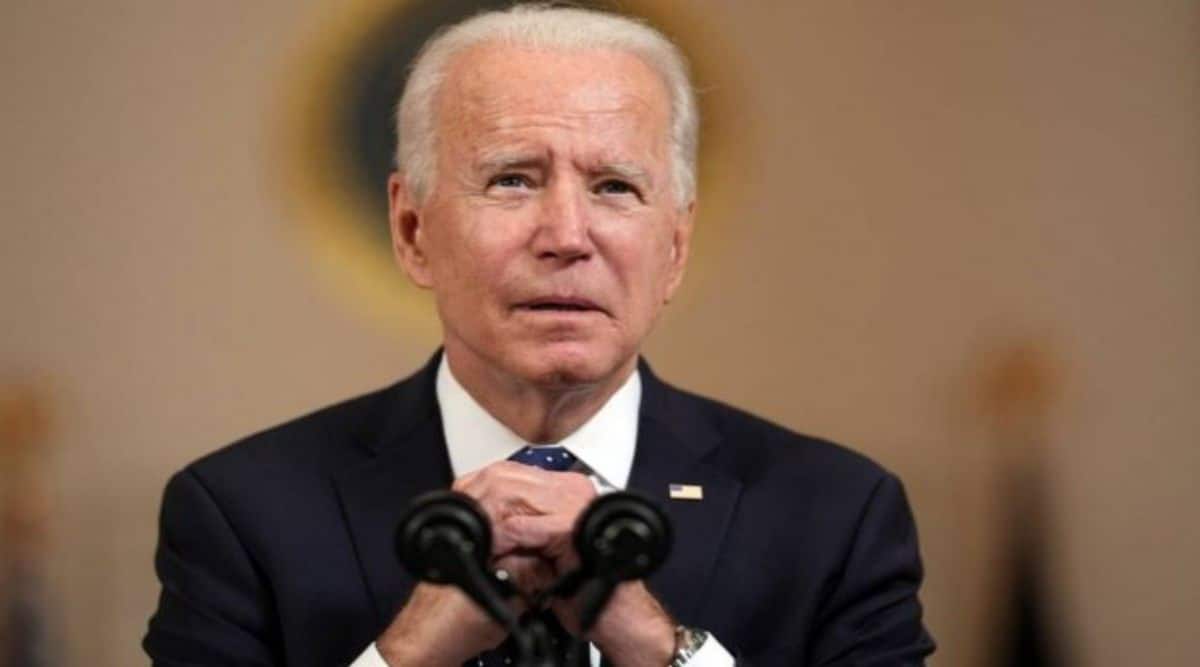 he Biden presidency has also been focused on resuscitating the Joint Comprehensive Plan of Action with Iran.

President Biden came to power with a promise to re-engage with the international community, enhance cooperation with like-minded allies and restore America’s credibility and influence of power. After four years of Trump’s approach of ‘America First’, his predilection for unilateral action, his withdrawal from multilateral treaties such as TPP, Iran nuclear deal, Paris Climate Agreement and elimination of America’s support for global compacts such as World Health Organization, UNESCO, and the UN Human Rights Council, weakened the United States’ position in the international sphere as Washington lost its ability to influence these institutions and left U.S isolated from its closest allies. In the last one year the main aim of the Biden administration has been to de-trump the U.S foreign policy by reversing the damages of Trump’s presidency.

It was also a time to rebuild the broken ties within the western hemisphere and the rest of the world. Biden’s political experience in Latin America and his insight into the region gave him an added advantage when it came to the region. The Biden presidency has also been focused on resuscitating the Joint Comprehensive Plan of Action with Iran. However, this earnestness has not found much reciprocation from the other side. The US’ support to the Abraham Accords shows all signs of continuation even under the Biden presidency.

The collapse of American Presence in Afghanistan: A Strategic Reprioritization

The withdrawal of the United States from Afghanistan after twenty years of ‘war on terror’, resulting in the return of Taliban to the region is seen as a strategic failing and has questioned the credibility of American power and the already waning faith in American leadership. The war in Afghanistan drained the U.S resources for two decades and therefore the withdrawal was a conscious decision and a strategic reprioritization of Biden’s administration to shift its priorities away from Afghanistan and focus on the Indo-Pacific region considering the aggressive rise of China and threat it poses to the American hegemony.For the United States, China is its biggest opponent as over the years it has substantially grown its economy and advanced its naval capabilities, leaving United States behind in the strategic competition.

Restructuring the Indo-Pacific Security Structure through Minilaterals: Quad 2.0 and AUKUS

The enhanced association and involvement of big powers in the Indo-Pacific region highlights the importance it holds in the international domain. The future of Indo-Pacific is complexly tied with nations which are geographically distant as the region has become a centre of global geo-strategy to contain the growth of China and to establish their own place in the maritime playground of opportunities. Given china’s ascendency and its growing economic and military footprint in the Indo-Pacific, the Biden administration understands that to maintain the balance of power, the U.S needs to curtail China’s aggression in the Indo-pacific region and debilitate its attempts to expand beyond its maritime borders. This can be achieved through strategic geopolitical convergences in form of diplomatic and military minilaterals with like-minded allies, both Quad (diplomacy pact) and AUKUS (military pact) are examples of such alliances.In the light of the constantly shifting global balance of power, the formation of AUKUS as a military pact between US, UK and Australia explicitly deals with cooperation and security threats in the region by converging on strengthening the military capabilities of three like-minded democracies to counter China’s rising power in the Indo-Pacific region.

The revival of Quad almost after a decade of its first collapse underlines the need for a diplomacy alliance to redefine the contours of soft power to safeguard maritime security, defend the freedom of navigation and ensure territorial connectivity in the region. In the year 2021, the Biden administration continued to offer a strong leadership to Quad, by restructuring its form and functionality and therefore enhancing the importance of this strategic minilateral dialogue. The rationale behind this approach of minilateralism was to re-engage and continue to strengthen cooperation with powerful and useful allies as for United States it is important to re-establish the lost faith in the American power and leadership and this is possibly the best way to defend its interests in the Indo-Pacific security structure which is continuously reshaping in the shadow of China’s meteoric rise.

Covid – 19 has been brutal for the entire world and especially for countries of the global south. Latin America has suffered greatly due to the pandemic and its structural inadequacies have been brought to the fore. In view of this the Biden regime has decided to increase the aid to the region from the previous grant of a billion USD to 4 billion USD provided intermittently over a period of four years, aimed at rebuilding and strengthening democratic structures in Central America. This is closely intertwined with the refugee problem that the US faces, as a large majority of the illegal immigrants that the US receives at its borders belong to Central America.

The growing prevalence of China in the Latin American socio-politico-economic spheres is a cause of concern for the US, and in all probability, one could see a battle for quiet dominance over the region between the US and China in the near future. However, as Brazil and Colombia predictable turn left of centre once again in 2022, the number of Trump-esque authoritarian regimes in Latin America would then be limited to Venezuela, Nicaragua, and El Salvador; a much more favourable situation for the US.

A re-engagement with the world

The Biden administration has been working relentlessly to build the bridges that were burnt during the Trump administration. The iconic picture of the world leaders looking towards Trump with Angela Merkel in the centre and Trump sitting with folded hands has now been replaced with that of a smiling Biden standing with the rest of his trans-Atlantic counterparts. Biden has been trying to show the old American allies that the US is once again ready to be a part of the multilateral organisations they have so carefully built and strengthened. While it began with European powers welcoming the Biden presidency and showing faith in it, the sudden withdrawal of the NATO forces from Afghanistan led by the US and the consequent aftermath of loss of life and dignity has led to the NATO allies once again questioning the role of the US in world leadership.

In all of this China has carved out a pivotal role for itself. While it is easy to equate the Chinese to the former role of the USSR; the two situations could not be more different. China has now become an inevitability for most of the world. It has deep pockets and deeper tentacles that interweave themselves with the economy and politics of most countries. Their presence can not be ignored and as a result all of US’ policy is often assessed by many vis-à-vis China which shall continue to happen in the coming future.

The waning faith in the Biden presidency in the domestic front does not bode well for the presidency either. Biden’s outlook and policy for the world will heavily guide his considerations for the mid -term elections scheduled in 2022.

(Rashi Randev is a Doctoral Candidate for American Studies at Jawaharlal Nehru University and Dr Aparaajita Pandey is an Asst. Professor at Dept. of Public Policy , Amity University and has a Ph.D. in Latin American Studies from Jawaharlal Nehru University. Views expressed are personal and do not reflect the official position or policy of Financial Express Online. Reproducing this content without permission is prohibited).