Climate change: Fight against global warming is no win-win, it will need sacrifices

It was the United Nations Environment Programme that first called for a “Global Green New Deal” in 2009, hoping to revive the world economy through investment in climate change-related sectors. 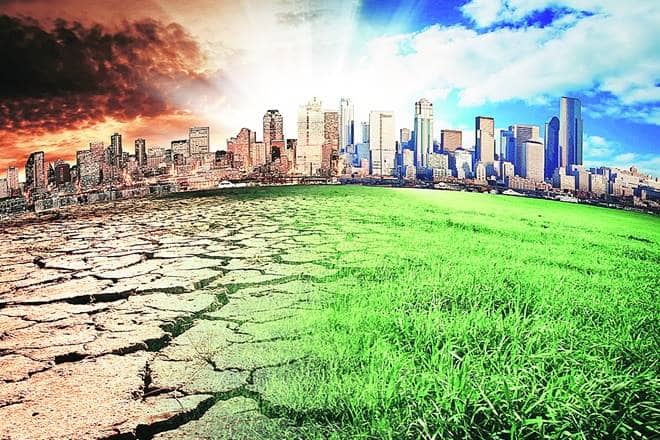 Fight against global warming is no win-win, it will need sacrifices

At the fourth United Nations Environment Assembly in Kenya this past week, experts and officials from around the world debated how to come up with the investment and innovation needed for countries to grow without dooming the planet. National leaders, NGOs and others discussed, among other things, how to create more “sustainable patterns of consumption and production.” What really struck me in Nairobi, though, was what wasn’t discussed: the Green New Deal being pushed by Democratic Party politicians in the U.S.

This is surprising, in a way: It was the United Nations Environment Programme that first called for a “Global Green New Deal” in 2009, hoping to revive the world economy through investment in climate change-related sectors.

That extra word, “global,” suggests why international players today aren’t terribly enthused by the Democrats’ plan. The program — or what little of it can be adduced from what’s now largely a slogan — is focused entirely on green investment in the U.S. The basic notion that climate change is a global problem that requires a global solution seems to have been forgotten.

Don’t get me wrong: De-carbonizing the U.S. economy would be a big deal. A lot of good work can be and is being done. The Beyond Coal campaign supported by former New York City Mayor Michael Bloomberg (the founder and majority owner of Bloomberg LP, parent of Bloomberg News) has already helped shut down 285 of the country’s 500-plus coal-fired power plants and is aiming to close the rest by 2030. And getting climate change back onto the political agenda is important in and of itself. Nor should Republicans be allowed to use concerns about the growth of emissions in the developing world to stymie work on carbon mitigation at home.

Yet, fawning coverage of the Green New Deal rubs many in the developing world the wrong way. We’ve long known that an economy transitioning to a low-carbon growth path will both require investment and create jobs. But, the New Deal of the 1930s is simply not the right analogy. Then, economies across the world had enormous amounts of unused capacity that just needed to be put to work.

By contrast, a global low-carbon transition will require laying claim to resources that are productively employed in carbon-intensive sectors of the economy. It will be expensive. It will require sacrifice. And resources will need to flow more freely across national borders.

The New Deal framing and rhetoric is merely an extension of what the left of the Democratic Party has long argued about multiple other policy issues — that special interests beholden to the one percent are holding back changes that would benefit all. This may well be true and the answer may indeed be greater and fairer redistribution. The original New Deal argued correctly that redistribution of resources would spur growth under the specific conditions of the Depression.

But, that hardly means that something similar is possible today — that simply redistributing resources within the U.S. economy, through a program managed by the U.S. government, would be sufficient to address climate change as well as create general prosperity. Someone needs to remind the Democrats that when it comes to global problems such as climate change, much of the U.S. is itself the one percent. (In 2012, economist Branko Milanovic estimated that an average income of over $34,000 put you in into the global one percent.)

This group will have to sacrifice something if climate change is to be stopped. The truth is that the resources that Democrats want the U.S. government to appropriate and use domestically need instead to flow elsewhere in the world. That valuable finance and capacity is needed to help the developing world pay for cities that don’t stress the planet, to protect those who are losing livelihoods and homes because of climate change, and to ensure that everyone in the world has access to reliable, affordable and clean energy.

The good news is that much of this financing can actually pay for itself in the long run. Since Americans seem addicted to mid-century references, what we need isn’t a Green New Deal, but a Green Marshall Plan.

No matter what cheery advocates of the Green New Deal might want you to believe, fighting climate change is not a win-win. If it was, it would have been solved long ago.