Hubei is a central China air traffic hub. All air traffic control units in the central and southern regions have cooperated to fully ensure the safe and orderly resumption of Hubei civil aviation, the CAAC said. 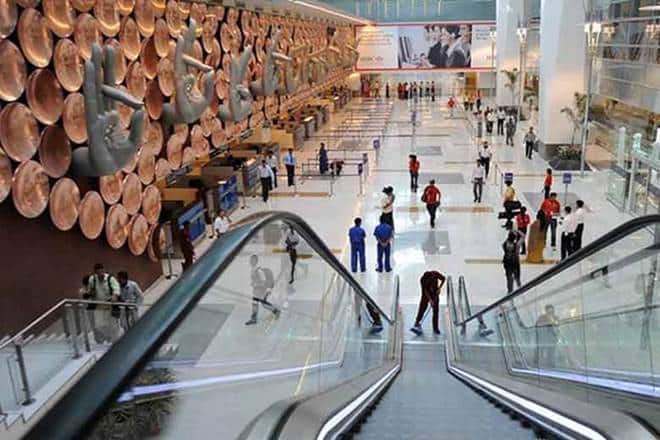 China on Sunday resumed domestic flights in the coronavirus epicentre Hubei province, except for its capital Wuhan, as part of a plan to ease lockdown in the region amid a decline in the number of confirmed cases. Hubei’s capital Wuhan, which bore the brunt of the vicious virus for over two months, would begin its air services from April 8.

China began to ease its lockdown of Hubei province, home for over 56 million people, from March 25 by resuming local transport services followed by relaxation of travel for people tested negative for coronavirus. Chinese National Health Commission (NHC) on Sunday said that 45 new coronavirus cases, including one locally transmitted, were reported in the country on Saturday while the death toll due to the pandemic reached 3,300 with five new fatalities.

The new domestically transmitted case was reported in Henan province on Saturday, the NHC said. The five new fatalities were all reported from the epicentre Hubei province, taking the death toll to 3,300, it said. With 44 new imported cases, their number has gone up to 693, the NHS said.

The overall confirmed cases on the mainland has reached 81,439 by the end of Saturday. This included 3,300 people who have died, 2,691 patients still undergoing treatment and 75,448 others discharged after treatment, the NHC said.

According to the Civil Aviation Administration of China (CAAC), except for the Tianhe International Airport in Wuhan, the provincial capital of Hubei, all passenger and cargo flights on domestic air routes via airports in Hubei were resumed from Sunday.

The province hard hit by the COVID-19 outbreak lifted outbound travel restrictions on highway traffic in all areas except Wuhan on March 25, with all checkpoints at expressway exits, national and provincial-level highways reopened within two days.

Xu Zuoqiang, chairman and general manager of the Three Gorges Airport, said that before the resumption of flights, the airport had carried out comprehensive disinfection and organised staff training for epidemic control and prevention.

The airport has newly installed thermal imaging equipment for mass body temperature checks on people in the departure and arrival halls. Isolation areas have also been prepared to quarantine people tested with fever.
The CAAC’s central and southern regional subsidiary said that on Sunday, airports in Hubei will have a total of 98 departing flights.

Hubei is a central China air traffic hub. All air traffic control units in the central and southern regions have cooperated to fully ensure the safe and orderly resumption of Hubei civil aviation, the CAAC said.