Chinese President Xi Jinping has invited Egypt, Kenya, Tajikistan, Mexico and Thailand to participate in the upcoming BRICS summit for expanding the sphere of influence of the emerging economies to emerge as “BRICS Plus” bloc. 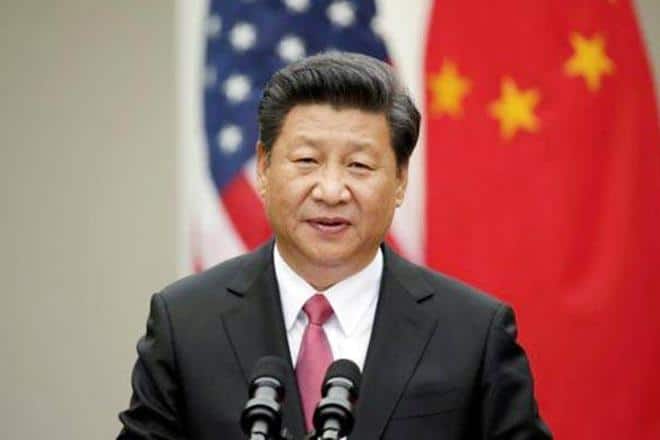 Chinese President Xi Jinping has invited Egypt, Kenya, Tajikistan, Mexico and Thailand to participate in the upcoming BRICS summit in Xiamen city from September 3 to 5 for expanding the sphere of influence of the emerging economies to emerge as “BRICS Plus” bloc. “BRICS is not an exclusive club. The impact of BRICS cooperation reaches far beyond the five countries, I believe the BRICS Plus model will fully release the vitality of BRICS cooperation,” said Foreign Minister Wang Yi at a recent press conference in Beijing.

To form a global economic system, Wang said, ” We need to have some further explanation about the ‘BRICS Plus’ to help people better understand the rationale of this idea .China stands ready to work with other BRICS countries to make BRICS cooperation bigger, stronger and more solid to benefit not only the five BRICS countries, but also the whole world.”

“It is in the interests of all sides to strengthen cooperation among emerging markets and developing countries through the BRICS platform, therefore China has proposed the ‘BRICS plus’ concept based on past experiences,” Wang said.

Wang said the member countries have been inviting different countries during the annual summits of the group and referred to India’s decision to invite leaders of BIMSTEC (Bay of Bengal Initiative for Multi-Sectoral Technical and Economic) for last year’s Goa summit in which Bangladesh, India, Myanmar, Sri Lanka, Thailand, Bhutan and Nepal are members. Referring to the Goa summit, Wang said Chinese President Xi Jinping also attended the dialogue with BIMSTEC leaders.

Ecuadorian expert believes that doubling the size of the BRICS bloc from the current five members to 10 could benefit the global economy.

Political observer Fernando Carrion, who also served as Ecuador’s foreign minister, believes the bloc has evolved into a key global economic player and its members have “gradually consolidated into a political-economic bloc,” which makes the Xiamen meeting important.

“The BRICS have presence, they have economic factors, but also geopolitical and geostrategic factors. In that sense, it serves as a forum for cooperation with other world regions,” said Carrion.

Xi will chair the Dialogue of Emerging Markets and Developing Countries on Sept. 5, which will be attended by the leaders from the five BRICS countries, as well as the leaders of Egypt, Mexico, Tajikistan, Guinea and Thailand.

The dialogue will focus on deepening cooperation and promoting common development, and a statement will be released on the outcomes achieved on implementing a sustainable development agenda, promoting South-South cooperation, building partnerships and improving global governance.

Xi will hold a press conference after the dialogue to summarize the outcomes of the BRICS Xiamen Summit.