Chinese President Xi Jinping said Monday a total of 68 countries and international organizations have signed One Belt and One Road (OBOR) cooperation agreements with China. 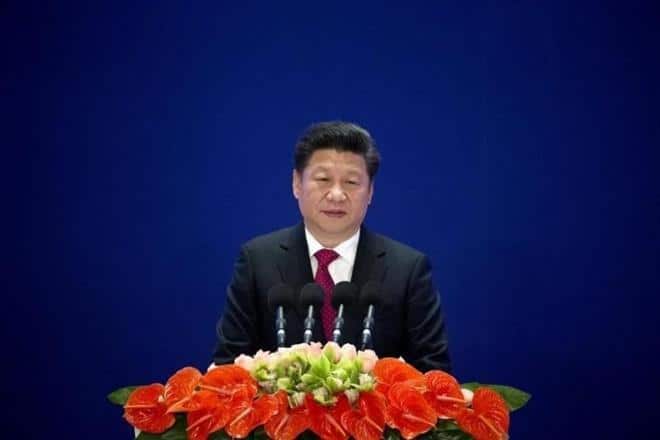 Chinese President Xi Jinping said Monday a total of 68 countries and international organizations have signed One Belt and One Road (OBOR) cooperation agreements with China. He said that OBOR is aimed at galvanizing global cooperation and is open to all.   President Xi made the remarks at the Leaders’ Roundtable Summit of OBOR Forum for International Cooperation.  On the concluding day of the two-day One Belt and Road (OBOR) summit being held here, China said Monday that India will have a very “small role” to play should it ever decide to join the initiative in the future.  Describing India as the “onlooker”, the Global Times said in its report that New Delhi appeared more anxious than the (actual) player.

It described as strange and a contradiction that India cares about its neighbours’ debt burden, but those very neighbours appeared to be willing to take on more.  India, it said, would never succeed in stopping other neighbours from joining OBOR, or from seeking Chinese infrastructural assistance.  It may be recalled that India had on Saturday had issued a strongly-worded statement on the eve of the event.  “We are of the firm belief that connectivity initiatives must be based on universally recognised international norms, good governance, rule of law, openness, transparency and equality.

Connectivity initiatives must follow principles of financial responsibility to avoid projects that would create unsustainable debt burden for communities; balanced ecological and environmental protection and preservation standards; transparent assessment of project costs; and skill and technology transfer to help long term running and maintenance of the assets created by local communities. Connectivity projects must be pursued in a manner that respects sovereignty and territorial integrity,” said the Ministry of External Affairs.

Confirming that India had received an invitation to participate in the six separate forums that China was organising as part of OBOR,  A spokesman said, “We have been urging China to engage in a meaningful dialogue. We are awaiting a positive response from the Chinese side.”  Pointing out that enhancing physical connectivity should bring greater economic benefits to all in an equitable and balanced manner, he said, “We are working with many countries and international institutions in support of physical and digital connectivity in our own immediate and near neighbourhood.”

Citing examples, the MEA spokesperson said that under the ‘Act East’ policy, India are pursuing the trilateral highway project; under the ‘neighbourhood first’ policy, we are developing multimodal linkages with Myanmar and Bangladesh; under ‘Go West’ strategy, we are engaging with Iran on Chabahar Port and with others in Central Asia on International North South Transport Corridor.  The two-day Belt and Road Forum is being attended by leaders from 29 countries, including Pakistan, has been boycotted by India due to sovereignty concerns over the USD 50 billion CPEC.