China’s corporate debt is a serious and growing problem and the world’s second largest economy must take immediate steps to tackle this to avoid new “debt bubble”, a top IMF official said today. 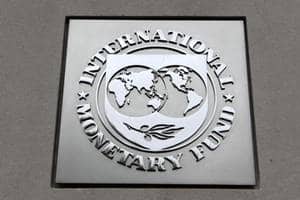 China’s corporate debt is a serious and growing problem and the world’s second largest economy must take immediate steps to tackle this to avoid new “debt bubble”, a top IMF official said today.

“Corporate debt remains a serious and growing problem that must be addressed immediately and with a commitment to serious reforms,” David Lipton, IMF’s first deputy managing director, said in the text of a speech to an economics conference in Shenzhen.

“With the rapid increase in credit growth in 2015 and early 2016, and the continued high rates of investment, the problem is growing,” said Lipton, a former US Treasury and White House official.

“This is a key fault line in the Chinese economy. It is surely within China’s powers to address this problem. And it is important that China tackles it soon,” he said.

China had made “limited progress” in curbing corporate debt and restructuring, Lipton said, adding that China must fix balance sheets at companies as well as banks, and improve governance to avoid a new debt bubble.

Lipton and other IMF staff members are meeting officials in China as part of an annual assessment of the nation’s economy.

The comments build on other recent warnings from the global crisis lender about China’s debt, including an estimate of a possible USD 1.3 trillion in loans extended to borrowers that don’t have sufficient income to cover interest payments, the daily reported.

China has accumulated debt faster than any Group of 20 nation over the past decade, climbing to 247 per cent of gross domestic product, according to Tom Orlik, an economist for Bloomberg Intelligence.

China’s corporate insolvencies expected to rise 20 per cent this year as economy slows. Premier Li Keqiang said in March that China may use debt-to-equity swaps to cut the leverage ratios of Chinese companies.