The US holds no official position on who owns what features in the sea, but maintains the absolute right to operate in what it insists are international waters. 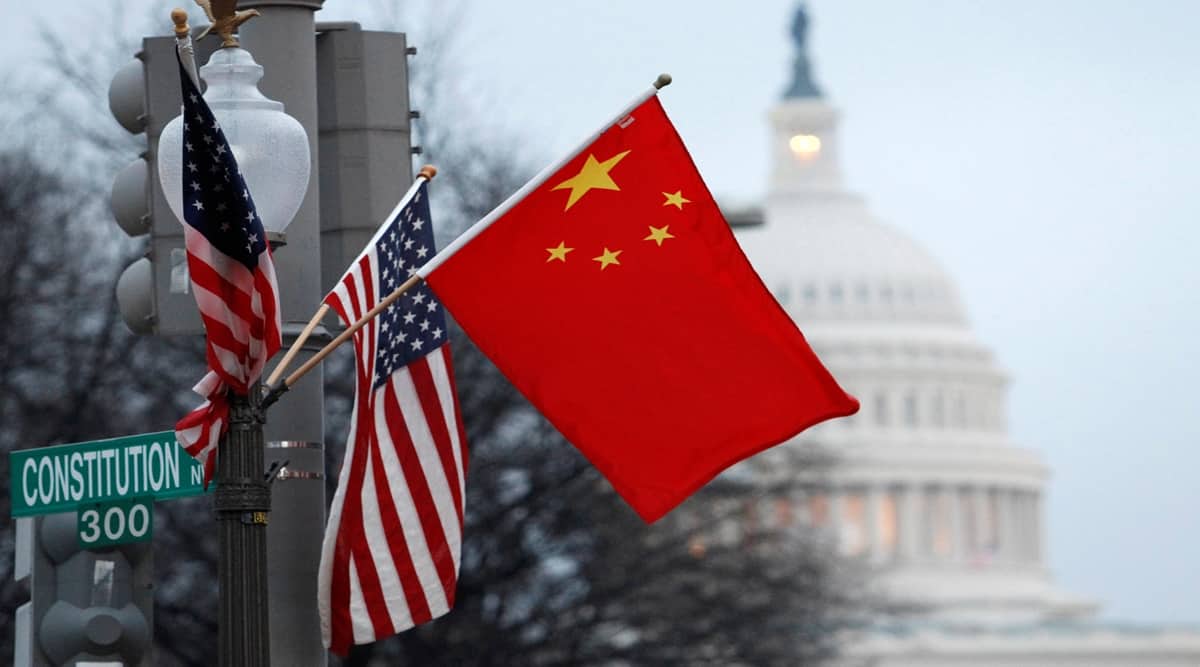 The vast maritime region has been tense because six other governments claim all or part of the strategically vital waterway. (File/Reuters)

Foreign Ministry spokesperson Wang Wenbin called the State Department report “Limits in the Seas,” issued this month, an attempt to “distort international law, confuse the public, sow discord and disrupt the regional situation.” “China has historical rights in the South China Sea. China’s sovereignty and related rights and interests in the South China Sea have been established in a long period of history and are consistent with international law,” Wang said.

The vast maritime region has been tense because six other governments claim all or part of the strategically vital waterway, through which an estimated $5 trillion in global trade travels each year and which holds rich but fast declining fishing stocks and significant undersea oil and gas deposits.

The US holds no official position on who owns what features in the sea, but maintains the absolute right to operate in what it insists are international waters.

That includes sailing Navy warships past Chinese-held features, including artificial islands equipped with airstrips and other military facilities.

The US report said Beijing’s claim “has no legal basis and is asserted by (China) without specificity as to the nature or geographic extent of the historic rights’ claimed.” The US study also said that China’s claim to sovereignty covering more than 100 features submerged at high tide were inconsistent with international law; that its enclosure of vast areas of the sea was unsupported by international law; and that its practice of claiming maritime zones based on labelling each island group as a whole was “not permitted by international law.” China’s “expansive maritime claims in the South China Sea are inconsistent with international law as reflected in the 1982 United Nations Convention on the Law of the Sea,” the study said.

“The overall effect of these maritime claims is that (China) unlawfully claims sovereignty or some form of exclusive jurisdiction over most of the South China Sea,” it said.

In his response, Wang said the US “arbitrarily misinterprets the convention, engages in political manipulation with multiple standards for its own selfish interests, and undermines the international rule of law.” He also renewed China’s criticism of a 2016 international arbitration ruling that mostly invalidated Beijing’s claims.

The ruling is “illegal and null and void. China does not accept or recognise it,” Wang said.