Brexit will cause about 3,500 to 12,000 financial-services jobs to move from Britain to the European Union in the short term, the City of London financial district’s leader said on Tuesday, and many more jobs might disappear in the longer term. 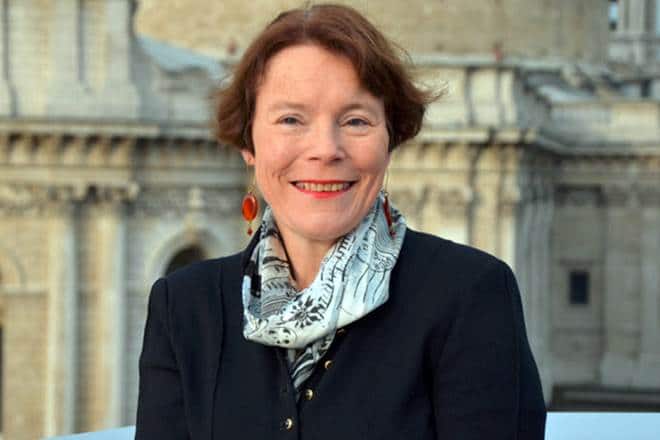 More than 2 million people work in financial services across Britain.

Brexit will cause about 3,500 to 12,000 financial-services jobs to move from Britain to the European Union in the short term, the City of London financial district’s leader said on Tuesday, and many more jobs might disappear in the longer term. More than 2 million people work in financial services across Britain.

“We are not expecting a big Brexodus in the first instance. But depending on how things pan out … in the longer term, we may see many more go,” Catherine McGuinness told parliament’s Exiting the European Union Committee. Banks, insurers and asset managers in Britain are opening hubs in the EU before Britain’s departure from the EU in March to ensure continuity in services to customers there.

The City was disappointed that Britain’s government ditched its preferred option of future EU trade based on mutual recognition, whereby Britain and the EU accept each other’s rules under two-way regulatory cooperation. “We had expected continued support for mutual recognition,” McGuinness said.

Instead, Britain has asked for financial-services access based on a more accommodative version of the EU’s equivalence system, used by Japan and the United States, whereby Brussels alone decides who gets access. So far, the EU has said it won’t adapt its equivalence system in the way Britain wants. “We can all see it’s going to be an uphill task to persuade the EU27,” McGuinness said.

Huw Evans, director general of the Association of British Insurers, said that opting for some form of equivalence posed a risk that Britain would end up becoming a “rule taker” – having to continue copying EU rules in return for access after Brexit. “You are asking the EU to partner with you in a way to make equivalence work in future. Equivalence… is something the EU considers proprietary,” Evans said. “It’s quite a big psychological ask.”

Follow us on
Latest News
Oil slips on strong dollar after Fed rate hike, tight supply lends floor
Why hydrogen could propel India’s sustainable mobility dreams
Investing in Debt Mutual Funds? Here are unseen risks that you should know
Former Navy chief Admiral Ramdas joins Rahul Gandhi in Bharat Jodo Yatra
Twitter verification badge is now $8 monthly subscription
What are the colours for bridal lehenga this season? Know it from designer
Sonakshi Sinha-Huma Qureshi on Double XL: It’s for those who have been called misfits
Photos
Heart-wrenching! Here is a look at Morbi and the suspension bridge that collapsed
3 days agoOctober 31, 2022
In Pictures: PM Modi in Kargil to celebrate Diwali with soldiers, says, ‘All of you have been my family for years now’
1 week agoOctober 24, 2022
In Pictures: PM Modi inaugurates Deepotsav in Ayodhya; World record set by lighting of over 15 lakh diyas
1 week agoOctober 24, 2022
Read More
×
Joe Biden implores voters to save democracy from lies, violence
Iran protests challenge the status quo
Making Sense of the Brazilian Election
Ukraine war- As seen by an average European
Pakistan PM Shehbaz Sharif meets Chinese prez Xi Jinping; both agree to strengthen all-weather ties, CPEC
South Korea fires 3 test missiles in response to North launches