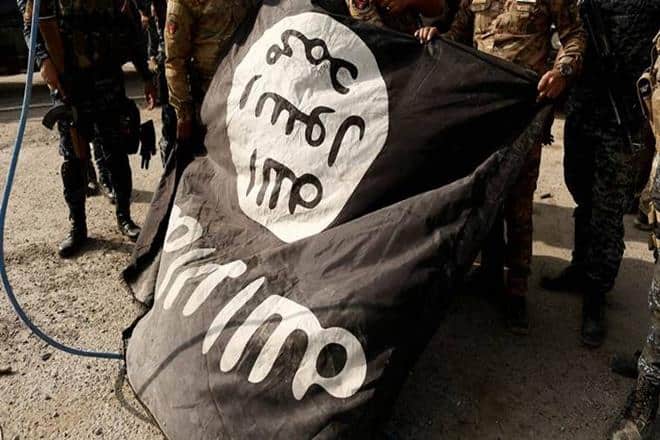 ISIS chief Abu Bakr al-Baghdadi on Thursday acknowledged the Islamic terrorist group’s death in Iraq in a farewell speech. According to reports, Baghdadi ordered his non-Arabic troops to return to their countries or detonate themselves. Baghdadi, who had once declared himself as the Caliph released a statement called the “Farewell speech” and had it distributed among ISIS’ workers, preachers and clerics on Wednesday throughout the territory if Mosul., as the Iraqi army tightened its grip on the last remaining stronghold of the Islamic terrorist group. According to sources in Nenevah, the Iraqi governorate, the reports stated that Baghdadi had promised ISIS fighters and clerics “72 women in heaven”, and ordered the closure of ISIS office in the territory asking the non-Arab fighters to return to their own countries or detonate themselves.

Baghdadi has been wounded in the fight against the Iraqi army multiple times and according to IE, carries a bounty of 10 million USD on his head. Although, it is still unclear as to if he still remained in the city where he had declared himself as the Caliph in 2014 following ISIS’ capture of territory covering eastern Syria and Northern Iraq. The reports also stated that a majority of the ISIS leaders in Iraq had fled towards the region controlled the terrorist organisation in Syria.

Also Read
Rishi Sunak’s defense for PM Modi grabs worldwide attention, here’s what was said over controversial BBC documentary
The ‘Fraternal Meeting’ in the UAE: What it means for the Middle East?
Foreign shipping lines may stop services for cash-strapped Pakistan: Report
6.0 earthquake strikes off coast of Ecuador

The Iraqi army, with the help of the USA and other international forces, had launched a severe attack on October 17 last year to reclaim Mosul from the ISIS. Earlier yesterday, it was reported that the Pentagon had presented the White House with new battle plans to take down the Islamic terrorist organisation following the Trump government’s directive to figure out additional ways to take down the organisation. Donald Trump’s election campaign had focussed mostly on the issue of Islamic terrorism and criticising Barack Obama’s government for failing to deal with it effectively. Trump had promised to defeat the ISIS within 30 days of his administration and had spoken about a secret plan to defeat the Islamic extremists. Trump had even gone on to promise to “bomb the hell” out of them. He had even threatened to kill the family members of the suspected ISIS members.