Biden looks to win over Pacific Island leaders at summit

Biden is set to address the leaders at the State Department on Thursday and will host them for a dinner at the White House. 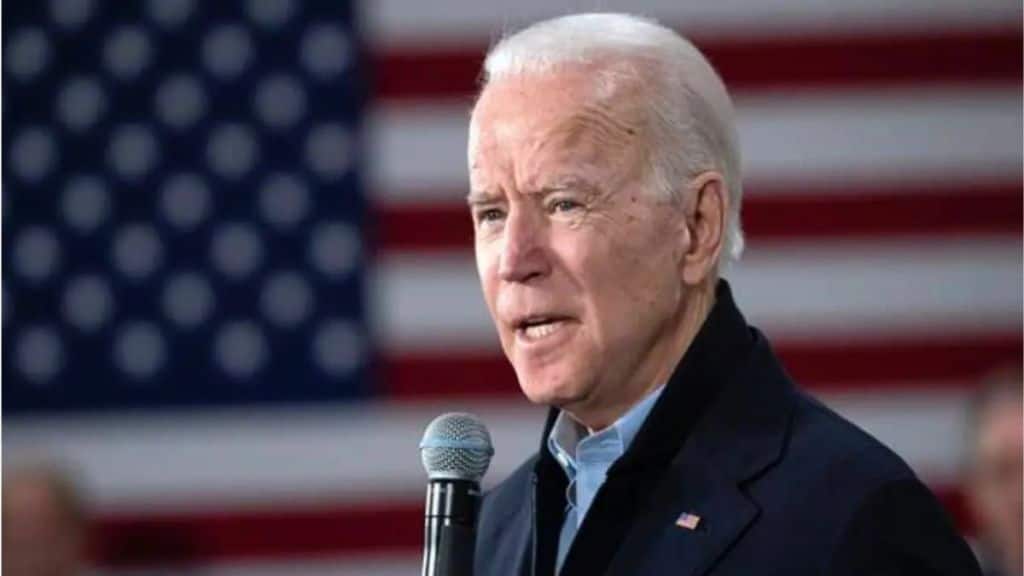 Darshana Baruah, a senior fellow at the Carnegie Endowment for International Peace, said that Beijing has proved to be more present in the region in the last decades. (File/AP)

On Wednesday, Secretary of State Antony Blinken planned to kick off the summit with a luncheon for the Pacific Island leaders and other senior officials from the region. US climate envoy John Kerry will hold a climate roundtable with the leaders, and White House national security adviser Jake Sullivan will join them for a dinner hosted by the U.S. Coast Guard.

Leaders from Fiji, the Marshall Islands, Micronesia, Palau, Papua New Guinea, Samoa, the Solomon Islands, Tonga, Tuvalu, Cook Islands, French Polynesia and New Caledonia are attending. Vanuatu and Nauru are sending representatives, and Australia, New Zealand and the secretary-general of the Pacific Island Forum are sending observers, according to the White House.

Biden is set to address the leaders at the State Department on Thursday and will host them for a dinner at the White House. The leaders also are to meet with House Speaker Nancy Pelosi, Commerce Secretary Gina Raimondo and U.S. business leaders.

“This is just showing our partnership with the region,” White House press secretary Karine Jean-Pierre said. She added that the talks were expected to touch on climate change, coronavirus pandemic and economic recovery, maritime security, environmental protection and the Indo-Pacific.

The first-of-its-kind summit comes as the administration has sought to demonstrate that the U.S. remains committed to being a enduring player in the region.

While the high-level gathering is welcomed by the region’s leaders as a signal of Biden’s commitment to the Pacific, there’s also a healthy skepticism about whether the United States will remain engaged for the longer term in the Pacific Islands. The area has received diminished attention from the U.S. in the aftermath of the Cold War, analysts say.

For the Biden administration, stemming the growing influence of China is a high priority. But for many of the Pacific Island leaders, climate change is the existential crisis that demands attention above all else.

Last week at the U.N. General Assembly, Prime Minister Kausea Natano of the tiny island of Tuvalu described how rising sea levels have impacted everything from the soil that his people rely on to plant crops, to the homes, roads and power lines that get washed away. The cost of eking out a living, he said, eventually becomes too much to bear, causing families to leave and the nation to disappear.

“This is how our islands will cease to exist,” Natano said.

In June, Inia Seruiratu, Fiji’s minister for defence, said at the Shangri-La Dialogue that “machine guns, fighter jets, gray ships and green battalions are not our primary security concern.” “The single greatest threat to our very existence is climate change,” he said.

Plans for the summit were announced earlier this month, just days after the Solomon Islands called on the U.S. and Britain to not send naval vessels to the South Pacific nation until approval processes are overhauled. The Solomons in April signed a new security pact with China — a moment that analysts say has created increased urgency for the Biden administration to put greater focus on the region.

The United States and Britain are among countries concerned that a new security pact with Beijing could lead to a Chinese naval base being constructed less than 1,200 miles (2,000 kilometers) off Australia’s northeast coast.

Darshana Baruah, a senior fellow at the Carnegie Endowment for International Peace, said that Beijing has proved to be more present in the region in the last decades.

“The first questions from the islands to the United States are, Is this going to last beyond the current tense cycle? Are you going to keep showing up,?’” Baruah said. “The second question is, ‘What kind of messaging is this sending across the Indo-Pacific? Are you mistakenly giving the impression that if you want Washington’s attention you must grab Beijing’s purse?’” In the leadup to the summit, Pacific Island leaders made clear that they want increased U.S. assistance on battling the impacts of climate change and help for their economies recovering from the COVID-19 pandemic, according to a senior Biden administration official.

The official, who was not authorized to comment publicly and spoke on the condition of anonymity, acknowledged that the “lapse” in the U.S. efforts in the region comes up in “every meeting” with Pacific Island leaders. The White House plans to announce its first U.S. Pacific Island Strategy and announce that the Democratic president will appoint a U.S. envoy to the Pacific Islands Forum.

The administration in recent months has sought to have greater presence in the region. In February, Blinken became the first U.S. secretary of state to visit Fiji in 37 years. And in recent months, the U.S. along with Australia, Japan, New Zealand and the U.K. launched an informal group aimed at boosting economic and diplomatic ties with Pacific Island nations dubbed Partners in the Blue Pacific.

Guadalcanal, the largest landmass in the Solomon Islands, was the site of the crucial battles between Allied forces and Japan early in World War II.