Appointment of Ranil Wickremesinghe as Sri Lanka PM: Solution to or part of Political Stalemate?

This is unfortunate that at a time when the country needs to implement effective solutions to overcome the worst economic crisis ever, the political stalemate to form an interim government since the first week of April was about to push the country towards anarchy. 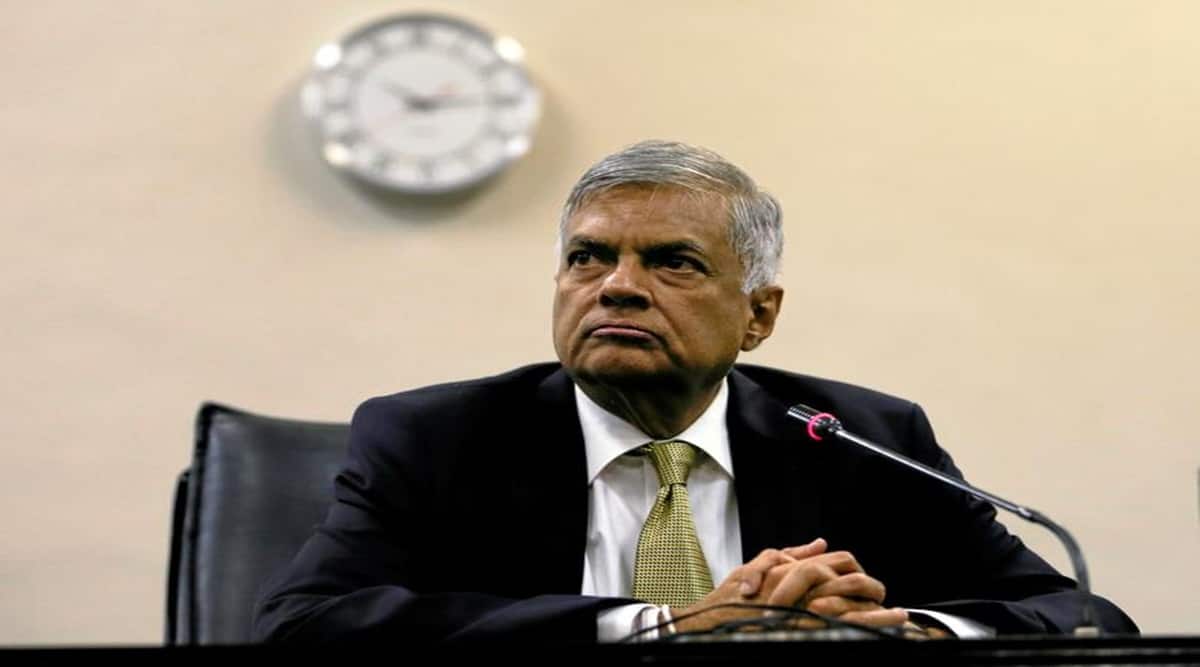 Ranil Wickremesinghe was asked by the President to get the support of all the parties and form a consensus government. (File photo: Reuters)

Ranil Wickremesinghe was appointed as the Prime Minister (PM) of Sri Lanka by President Gotabaya Rajapaksa on 12 May 2022. Since the resignation of Mahinda Rajapaksa from the Prime Ministerial post on 9 May 2022 and the subsequent dissolution of the cabinet, Sri Lanka was without a government for three days. This is unfortunate that at a time when the country needs to implement effective solutions to overcome the worst economic crisis ever, the political stalemate to form an interim government since the first week of April was about to push the country towards anarchy.  In this context, the decision of Ranil Wickremesinghe to accept President Gotabaya Rajapaksa’s invitation to become the PM and the formation of an interim government should have been immediately welcomed by the Sri Lankans. Unfortunately, the main opposition political parties and religious leaders have shown resentment toward Ranil Wickremesinghe taking oath as the PM of Sri Lanka.

Ranil Wickremesinghe was asked by the President to get the support of all the parties and form a consensus government. Media reports so far suggest that it will not be possible for him to form an all-party consensus government even if he manages to get the support of the required 113 members to prove a majority in the parliament. The question, therefore, is whether the appointment of Ranil Wickremesinghe as PM will bring an end to or exacerbate the ongoing political crisis.

Ranil Wickremesinghe, the former PM of Sri Lanka, is the sole representative of the United National Party (UNP) in the current Parliament. Both Ranil and his party were voted out by the people of Sri Lanka in the 2020 Parliamentary elections. Despite his defeat in the election, Ranil Wickremesinghe could manage to become a member of Parliament as a national list candidate of the UNP under the provision of the proportional representation electoral system practiced in Sri Lanka.

Since the discussion on the formation of an interim government led by a consensus political leader began in April this year, no one has for once proposed the name of Ranil Wickremesinghe as a preferred candidate to lead an interim government. In fact, despite his critical stance on the Gotabaya administration’s handling of the current economic crisis and support for “Aragalaya” (as the “Gota go home” protest is now commonly known), many believe that Ranil Wickremesinghe has struck a deal with the Rajapaksas. The belief became prominent after he supported the Rajapaksa government during the voting to elect a new deputy speaker of Parliament on 5 May 2022.

Unlike the main opposition parties- the Samagi Jana Balawegaya (SJB) and the National People’s Power (NPP) led by the Janatha Vimukthi Peramuna (JVP), Ranil Wickremesinghe did not emphasise on the resignation of the President as a precondition to form an interim government when he was invited by the President to accept the post of the PM. Even though, after swearing-in, Ranil said that “Gota go home” can continue, he, unlike SJB’s revised conditions, does not demand the resignation of the president within a stipulated time frame following the formation of the interim government. Since he has taken oath as a PM in front of the President, it can be assumed that he agrees with Gotabaya’s plan to deal with the current political crisis, i.e. formation of an interim government, bringing back the 19th amendment, abolition of executive presidency once the situation normalises. These plans outlined by the President in his address to the nation on 11 May do not address people’s core demand i.e resignation of Gotabaya Rajapaksa.

Ranil Wickremesinghe’s unconditional acceptance of the President’s call for the formation of an interim government ignoring people’s wishes, therefore, has been criticised by the main opposition political parties, religious leaders, and the general public. The general public is also offended by the fact that among all the leaders, the President has chosen a leader to form an interim government who was rejected by the people in the last elections.

While the general public has a valid reason to show their resentment over the appointment of Ranil as the PM, the question to ponder is whether it is in the best interest of the country to continue the impasse and let the country run without government. Since President has refused to resign even after the resignation of Mahinda Rajapaksa and the dissolution of the cabinet, the most practical solution in the absence of any government is to get all the parties together to form an interim government and initiate the processes in the Parliament against Gotabaya Rajapaksa and also to abolish the executive presidency. Unfortunately, the main opposition political parties are indecisive and not united in this regard.

Ranil Wickremesinghe, by unconditionally accepting the PM’s post, has undoubtedly favoured Gotabaya Rajapaksa. Nevertheless, he can still turn the table and use his position to push for the people’s agenda in Parliament. It is to see how he projects himself in the parliament – as President’s PM or people’s PM. In either case, however, he has to face serious challenges ahead.

The first challenge will be to prove his majority in parliament. So far, the ruling Sri Lanka Podujana Peramuna Party (SLPP) and the Ceylon Workers Congress (CWC) have committed their support to him.  If the SLPP remains united, in all likelihood, he will be able to prove his majority. But the major challenge will come to form an all-party consensus government. SJB, JVP, a group of 11 independent parties led by the Sri Lanka Freedom Party (SLFP), and Tamil National Alliance (TNA) have decided not to participate in the interim government formed by Ranil Wickremesinghe. In such a case even if Ranil Wickremesinghe is able to form a government that will be a coalition government of the SLPP under the Presidency of Gotabaya Rajapaksa and not a consensus government. The high probability, therefore, is that the political crisis continues even after the formation of the government led by Wickremesinghe.

The group of representatives of the public protest held at the Galle Face Green in Colombo has handed over a joint declaration consisting of an eight-point list of demands to the newly appointed PM. The eight-point demands include the resignation of President Gotabaya Rajapaksa, an interim government limited to 15 ministers that remains for a period of 18-months, repealing the 20th Amendment and bringing in the new 21st Amendment, a relief budget and social security net for vulnerable communities, audit of current elected officials, transparent surveillance of all crimes, ensuring the right to life, and fair and independent elections. To fulfill these demands, he requires the support of the President, the support of opposition political parties, and his own political will to give heed to the people’s wishes. Given the high level of trust deficit in the country, it is difficult to say with certainty that the president will give him the free hand to function and the opposition will give him full support in the Parliament to fulfill the people’s demands even if he wishes so.

If he manages to deal with the political challenges at home, some silver lining can be expected in the economic arena at least to arrange bridge financing and finalising a deal with the IMF, as the international community including India, US and Japan have agreed to work with the government formed in accordance with the democratic process following the swearing-in of Ranil Wickremesinghe as Prime Minister. India has also reiterated that its commitment to the people of Sri Lanka will continue.

Nevertheless, the main challenge for Ranil Wickremesinghe as the PM will be to win the confidence of the people and the opposition political parties. At a time when the country’s foreign reserves has declined to US$ 25 million, and when the country needs to make tough economic decisions, the single most prerequisite for Sri Lanka is to come out of the political stalemate by forming an all-party consensus government led by a leader who enjoys the trust of the people. While, in the current scenario, no political leader in Sri Lanka is trusted by the people, the President has decided to appoint the least trusted leader as the Prime Minister and thus made the task more challenging for Ranil Wickremesinghe.

(Author is Associate Fellow, Manohar Parrikar Institute for Defence Studies and Analyses. Views expressed are personal and do not reflect the official position or policy of Financial Express Online. Reproducing this content without permission is prohibited).