The fire broke out around 3:00 am (local time) on Friday in the engine room of the Barguna-bound MV Abhijan-10 launch that started a journey from Dhaka. 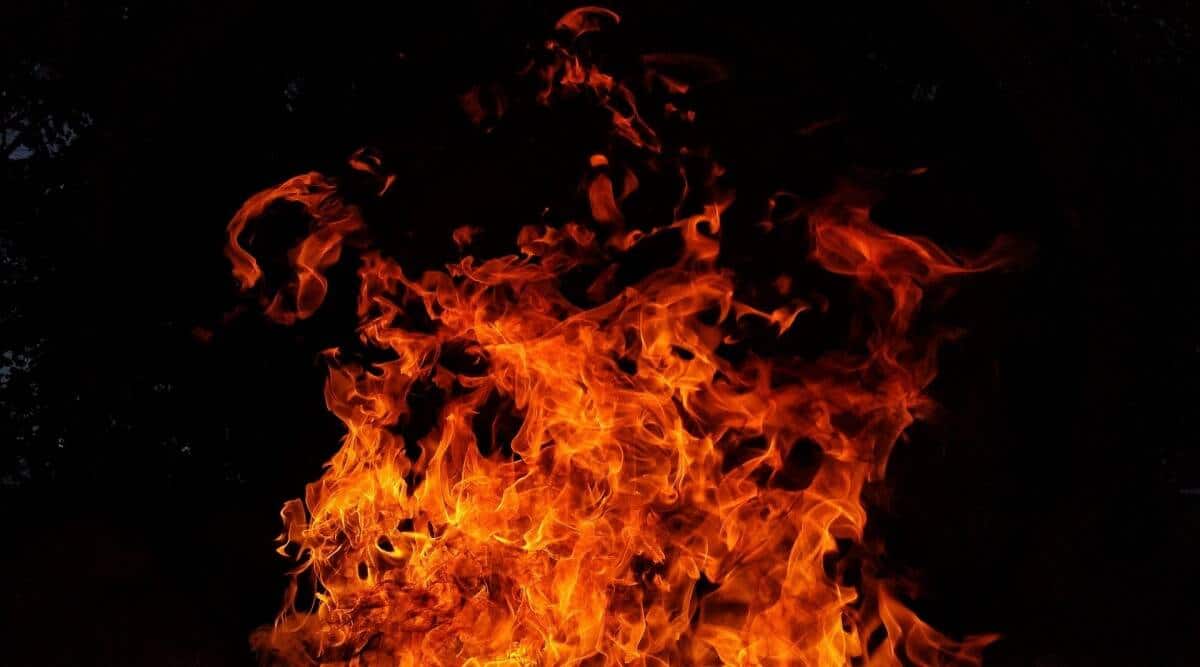 Witnesses told reporters that the passenger ferry, called “launch” in Bangladesh, was carrying passengers beyond its capacity. (Representative image)

A crowded three-storey ferry carrying around 800 passengers caught fire on the Sugandha River in southern Bangladesh early Friday, killing at least 40 people and injuring over 150 others, officials said, in the latest maritime tragedy to hit the country criss-crossed by rivers.
The fire broke out around 3:00 am (local time) on Friday in the engine room of the Barguna-bound MV Abhijan-10 launch that started a journey from Dhaka, police and fire service officials said, adding that scores of other passengers were missing.

Officials familiar with the rescue efforts said 40 people were killed in the blaze, including nine being drowned, but some private television channels, quoting officials, reported 41 deaths from the accident in southern Jhalakathi district, 250 kilometres from the capital Dhaka.

Officials said they were carrying out the autopsy of the 30 people at Jhalakathi’s main government hospital ahead of handing them over to relatives.
“We have assigned an official team to find out the casualty figure,” the deputy commissioner of Barishal district told the private Samoy TV.
“The record suggests 310 listed passengers were travelling in the ferry, but we assume the actual number was much higher,” junior minister for shipping Khaled Mahmud Chowdhury told reporters after he visited the accident site.

He said three separate investigations have been launched to find out the background and other details of the predawn accident.
Doctors at the Sher-e-Bangla Medical College Hospital in the neighbouring Barishal district said they were currently treating 70 people while fire service officials said some 50 more were being treated at other health facilities.

Health officials in Dhaka said a six-member expert doctors’ team were sent to Barishal to join their colleagues in treating patients with burn wounds.
The Coastguard, fire service and police launched a search campaign covering rivers in three downstream districts as the accident took place at the confluence of three rivers as a huge number of people crowded on the river banks and hospitals to find their relatives.

They wrapped up the rescue operation after sunset due to dense fog and darkness, saying they would restore the operation on Saturday morning.
“Most of the people were burnt to death or died due to breathing problems due to hot smoke as they were trapped inside the vessel. Many passengers jumped into the river but some of them could not swim ashore or be rescued,” a fire service official said.

Another fire service official earlier said many passengers were asleep as the fire broke out, some died from inhaling smoke, some were burnt to death while some drowned.

Survivors said the passenger ferry was carrying nearly 800 people as it left Dhaka for Barguna in southern coastlines on Thursday evening.
Witnesses told reporters that the passenger ferry, called “launch” in Bangladesh, was carrying passengers beyond its capacity and most of them were visiting their homes to spend more time with their families on the extended weekend.

Authorities ordered an investigation to determine the cause of the fire. A seven-member committee has been formed and tasked to submit a report in three days. Rescuers fear the death toll is likely to rise as more passengers have been injured in the pre-dawn fire.
Many passengers jumped into the river in a desperate bid to save their lives as the fire raged for about three hours. Survivors say the launch was packed with passengers, bdnews24.com reported.

Administrative chief of Barguna’s Patharghata sub-district Muhammad Hossainn Mohammad Al Mozahid was one of the passengers of the launch who was travelling in a VIP cabin with his wife.

“Suddenly thick smoke started causing us breathing problem… Everybody was screaming and rushed to the exit gate and some jumped into the river,” he recounted.
He said the master of the launch managed to manoeuvre the vessel to a nearby shoal where he along with many other passengers disembarked but “many remained trapped inside to await the death”.

“The engine room of the launch suddenly caught fire around 3:00 am and spread rapidly when the vessel was near the Gabkhan Bridge,” Saidur Rahman, another survivor, was quoted as saying by the Daily Star newspaper.

“There were many passengers including children and elderly. Many of them jumped in the river and were able to swim ashore,” he said.
“I caught a burning smell and came out of the VIP cabin to find out that there was a fire. Me, my wife and brother-in-law then jumped in the cold water and swam to the bank,” he added.

The fire service control room in a statement said 15 firefighting units led by Barishal Fire Service deputy director Kamal Uddin Bhuiyan rushed to the scene after receiving the information at 3.50 am and brought the blaze under control at 5:20 am.

Bhuiyan, deputy director of the Barishal Fire Service who led the response, said they suspect the fire may have started in the engine room of the ferry.
“After receiving the information, 15 firefighting units led by Kamal Uddin Bhuiyan, deputy director of Barishal Division Fire Service and Civil Defence went to the scene at 3:50 am and brought the fire under control at 5:20 am,” the statement said.

President Abdul Hamid and Prime Minister Sheikh Hasina, who is now in Maldives on an official visit, have mourned the deaths.
The Prime Minister’s office said she asked officials concerned to ensure appropriate treatment of the wounded and compensation for the victims.
The accident was the latest in a number of similar incidents in Bangladesh, a small country criss-crossed by a network of some 230 rivers of different sizes and shapes.

These watercourses cover nearly 7 per cent of the total area of the country.
An overloaded speedboat allegedly driven by an inexperienced underage boy capsized in Bangladesh after a collision with a sand laden vessel in May this year, killing at least 26 people.

In June last year, a ferry carrying over 100 passengers capsized in the Buriganga river in Bangladesh after it was hit from behind by another ferry, killing at least 32 people. In February 2015, at least 78 people died when an overcrowded ship collided with a cargo vessel.

Next Story
New Year’s Eve in Times Square still on, with smaller crowd