What is Minimum Support Price (MSP)?

Minimum Support Price (MSP) meaning: Over the years, the MSP has helped the farmers in India to stave off the effects of financial fluctuations. 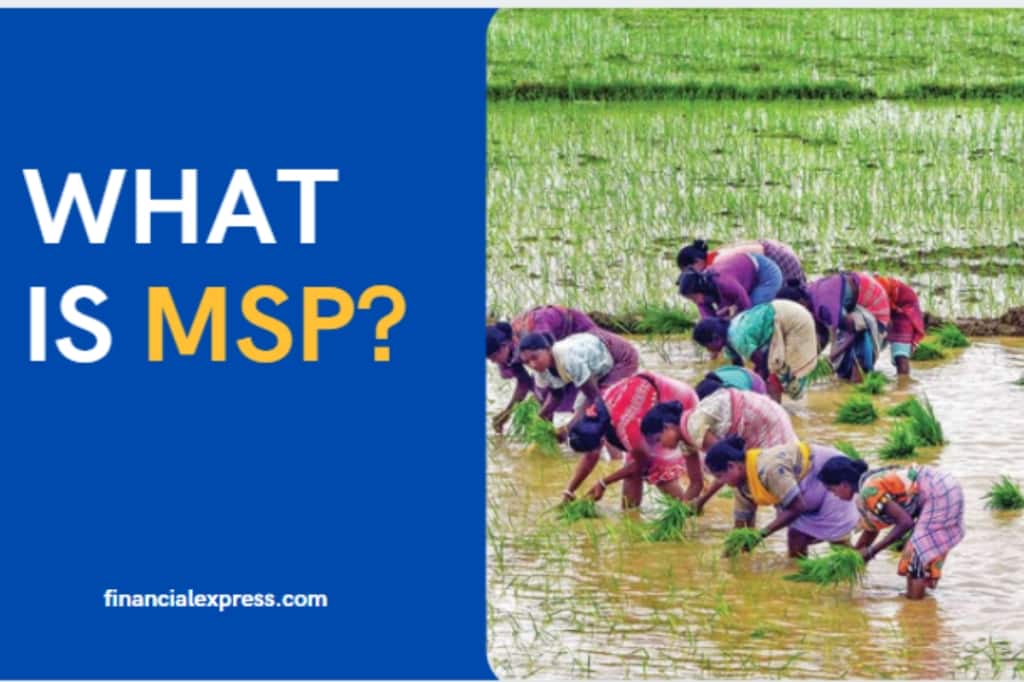 At present, the Centre provides the MSP for 23 crops.

When was the MSP introduced in India?

At the time of Independence, India was staring at a major deficit in terms of cereal production. After the struggling first decade, India decided to go for extensive agricultural reforms. It was the first time in the year 1966-67 that the Minimum Support Price was introduced by the Centre. At Rs 54 per quintal, the MSP for wheat was fixed for the first time.

What was the need of introducing MSP?

On the path of the Green Revolution, Indian policymakers realised that the farmers needed incentives to grow food crops. Otherwise, they won’t opt for crops such as wheat and paddy as they were labour-intensive and didn’t fetch lucrative prices. Hence, to incentivise the farmers and boost production, the MSP was introduced in the 1960s.

How many crops are covered under the MSP?

At present, the Centre provides the MSP for 23 crops. These include cereals such as bajra, wheat, maize, paddy barley, ragi and jowar; pulses like tur, chana, masur, urad and moong; oilseeds such as safflower, mustard, niger seed, soyabean, groundnut, sesame and sunflower. The MSP also covers commercial crops of raw jute, cotton, copra and sugarcane.

How the govt decides on the MSP?

In India, there are two major cropping seasons, namely ‘Rabi’ and ‘Kharif’.

Short answer – No. While Centre has been providing the MSP to the wheat and paddy farmers since mid-60s to tide over the food crisis, the fact remains that the MSP doesn’t have any legal stature.