What is Revenue Deficit? 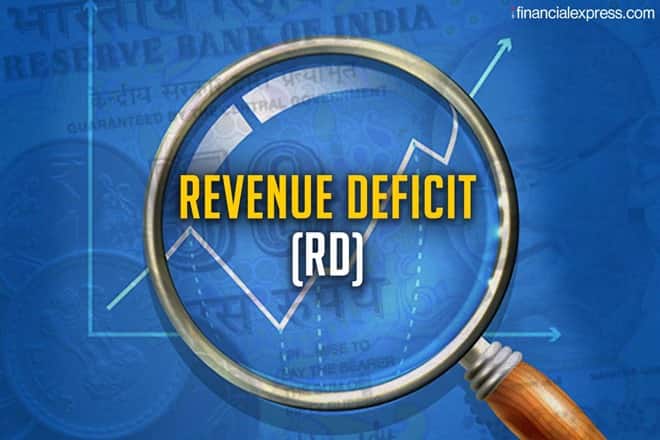 Revenue Deficit Formula: How is it calculated?

Here’s how the revenue deficit is calculated:

Also Read
What is Non Tax Revenue?
What is Fiscal Policy in India?
What is Consumer Price Index (CPI) Inflation?
What is State Finance Commission?

Revenue Deficit deals only with the government’s revenue receipts and revenue expenditures.

Note that revenue receipts are receipts which neither create liability nor lead to a reduction in assets.

It is further divided into two heads:

Revenue Expenditure is referred to as the expenditure that does not result in the creation of assets reduction of liabilities. It is further divided into two types

How is Revenue deficit met?

To overcome such a financial situation, the government can take these measures:

What does Revenue Deficit indicate?

Revenue Deficit is shown as a reference indicator in the Medium-term Fiscal Policy Statement (MTFP). The Revenue Deficit of the government has several implications, such as, it has to be met from the capital receipts, because of which a government either borrows or sells its existing assets. This brings in a reduction in assets.

Also, to meet its consumption expenditure, since the government uses capital receipts, it leads to an inflationary situation in the economy.

With more and more such borrowings, along with interest, the burden to repay the liability also increases which, in the future, results in huge revenue deficits.