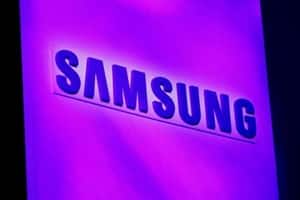 Following the global recall and later halt in production, the world's largest smartphone maker cut its quarterly operating profit forecast by a third to 5.1-5.3 trillion Korean won, translating into a hit of a whopping 2.6 trillion Korean won or $2.3 billion. (Reuters)

The paper said Samsung would start making the next-generation GPUs using its 14-nanometre production technology before year-end, based on the U.S. company’s Pascal architecture. It did not specify the value of the order.