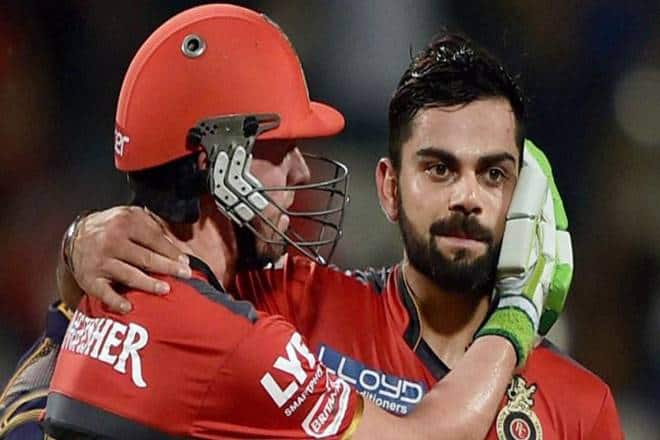 The painting depicted the Indian skipper's journey in the cash-rich Indian Premier League (IPL) over the last 10 years. (Source: PTI)

British Indian businesswoman Poonam Gupta on Monday bought a painting of Indian cricket team captain Virat Kohli for £2.9 million. The painting depicted the Indian skipper’s journey in the cash-rich Indian Premier League (IPL) over the last 10 years. Renowned painter Sasha Jaffrey is the artist behind the painting and it was bought during a charity dinner organised by the Virat Kohli Foundation, PTI reported. It must be noted that Sasha is an award winning painter and one of the most respected artists in the world.

Virat Kohli is reported to have collaborated with the likes of former England football captain David Beckham, former Indian skipper and his predecessor, Mahendra Singh Dhoni and teammate Yuvraj Singh for their charities and causes. Poonam Gupta, the buyer, who is the Chief Executive Officer of a Scotland-based company named PG Papers told PTI, “What I like about this young generation of Indian cricketers is that they are responsible and want to make difference on and off the field. I am very connected to the cause taken up by Virat”.

The British Indian entrepreneur also said, “Slavery has no place in this world and we need to stand up and do our bit. I am glad Virat has come forward against this evil and by buying this magnificent piece of art created by my favourite artist Sasha Jaffrey, I tick two boxes. I take a rare masterpiece to my home and also help this noble cause in my own way”. Indian cricketers such as Dhoni and Yuvraj Singh are known to have been involved in many charities themselves. Yuvraj Singh, especially after his fight with cancer has been quite active in spreading awareness and helping people who are struggling with the disease.