Is India’s performance in badminton and wrestling in 2016 Olympics shot-in-the arm for sports?

With PV Sindhu’s Olympic silver medal in the backdrop, are the stakes higher for the Premier Badminton League as it heads into the new season? 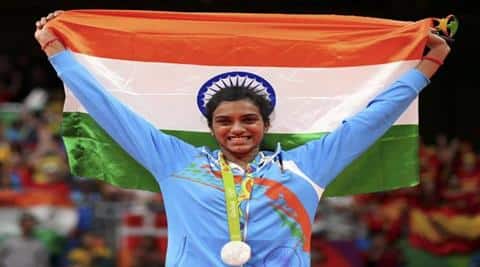 India’s overall performance at the 2016 Rio Olympics may not have been stellar, but two medals proved to be the requisite shot-in-the-arm for the sports of badminton and wrestling in India. While Sakshi Malik won the bronze in the women’s freestyle 58kg wrestling category, PV Sindhu brought home the silver in badminton at this year’s Olympics.

And as Sindhu shouted and smashed her way to the silver, she also managed to push badminton right back into the limelight in the country. The performance, many believe, couldn’t have come at a better time for the Premier Badminton League (PBL), which starts its second season on January 1, 2017. The league, which started out as the Indian Badminton League in 2013, was revamped and re-introduced as the PBL earlier this year. “There’s tremendous response after PV Sindhu’s performance at the Olympics. And that’s a big plus for badminton, as well as the PBL because the interest level of people has gone up. Badminton is coming out of the shadows now, attracting more people and viewership on TV,” says Upinder Zutshi, CEO, Infinite Delhi Acers, which lifted the PBL trophy last year.

The league can also take heart from the fact that Sindhu’s match against Spain’s Carolina Marin at the Olympics in August generated 17.3 million impressions (television viewership in thousands) across five different channels in India, as per television ratings agency Broadcast Audience Research Council India. The viewership number for the first season of the PBL was approximately 35 million—the final between Delhi and Mumbai was seen by around 13 million viewers, as per industry numbers.

Not surprisingly, the six teams of the PBL—Delhi Acers, Mumbai Rockets, Chennai Smashers, Hyderabad Hunters, Bengaluru Blasters and Awadhe Warriors—have left no loose ends heading into the new season. In the auction held in November, Marin attracted the highest bid and was bagged by Hyderabad Hunters for R61.5 lakh. As many as 154 players went under the hammer, including 16 Olympic medallists. Among them was Srikanth Kidambi, who was bought by Awadhe Warriors for R51 lakh. Chennai Smashers, which had Sindhu on its roster last year, retained her for R39 lakh, while Saina Nehwal was retained by Awadhe Warriors for R33 lakh. “The stakes will get higher, as more money is poured into the league and more sponsors come on board. It will also depend on how the league performs, how professionally it’s run and how entertaining we can make it,” says Prasad Mangipudi, director, Sportzlive, a Gurgaon-based sports management and marketing company, which has acquired the long-term licence for the PBL and will conduct the league under the aegis of the Badminton Association of India. “There is a lot more planning now. For example, there will be lesser breaks in between games. The format is an 11-pointer and best-of-three, so every player will have to be on his/her toes.”

Pullela Gopichand, the national badminton coach, believes what sets the PBL apart from other leagues is the presence of the world’s highest-ranked players and an exciting format. “It definitely looks like the stakes are going to be higher. Badminton as a sport has grown a lot in India. I think the badminton we are going to see in the league will be the most exciting badminton we have seen in a while. In the last couple of years, I have seen the PBL evolve. Now, managers and associations across the globe are looking at PBL as a role model for their own leagues. So that is really exciting,” says Gopichand.

Next Story
A growing popularity of mixed martial arts in India