Kohli announced his decision to stand down as captain of India’s white-ball team barely hours after the side had suffered a series defeat in South Africa. 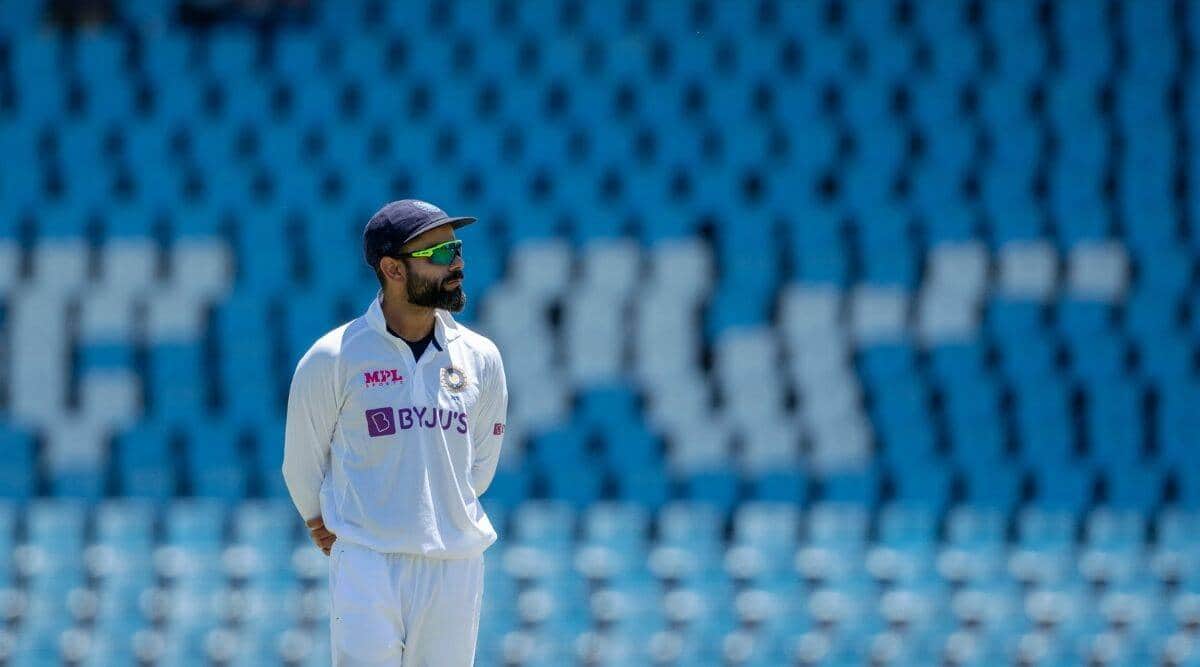 Kohli oversaw a sensational rise for the Indian Test side, especially its performance overseas, ever since he was named captain in 2014. (AP)

Virat Kohli’s sudden decision to step down as India’s Test captain has sparked speculation over the manner of his departure, especially after his very public spat with Board of Control for Cricket in India (BCCI) President and former skipper Sourav Ganguly.

In a brief statement on Saturday, Kohli announced his decision to stand down as captain of India’s white-ball team, barely hours after the side had suffered a series defeat in South Africa despite having taken a lead in the three-match series. Kohli was recently removed as captain of India’s One-Day International (ODI) side, months after he stood down as T20 skipper. Immediately after the ICC T20 World Cup, Kohli’s last tournament as skipper, the BCCI removed him as leader of the ODI side, with Ganguly explaining that it made no sense to have two white-ball captains.

That led to a very public war of words between the two former captains, with Kohli even reportedly pulling out of the South Africa tour to spend time with his daughter before announcing that he would join the squad.

Immediately after, rumours began to circulate that Kohli would be removed as India’s Test captain as well if things went downhill in South Africa. And former India captain Sunil Gavaskar’s comments after Kohli’s announcement added fuel to those speculations.

In an interview to a private news channel, Gavaskar said he had experienced that the BCCI did not take series defeats overseas kindly and the captain would always be in danger of getting sacked. The former India batter said it had happened in the past and was certain that it happened this time around as well because the series was one India was expected to win easily.

Gavaskar also said that he was not surprised by Kohli’s decision, adding that he thought it might have come at the presentation ceremony after the match. However, that would have looked like an expression of anger at having lost the series.

However, Kohli oversaw a sensational rise for the Indian Test side, especially its performance overseas, ever since he was named captain in 2014. He led India to the top spot in the ICC Test Rankings and remained there for 42 consecutive weeks between 2016 and 2018. He became only the third captain to win a Test win at Centurion — a ground where some of the best Indian sides have struggled — during the just-concluded series. The win at Centurion also gave the 33-year-old the rare distinction of becoming the only Indian skipper to win two Tests in South Africa.

He is also the only Indian skipper to win four overseas Tests in a calendar year twice.

But his biggest achievement could be the series victory in Australia in 2018-19, the first Indian side to achieve the feat. India was also leading England 2-1 in the five-Test series before a Covid-19 outbreak forced the series to be postponed.

While Kohli oversaw the loss against New Zealand in the final of ICC Test Championship, he also led Team India to series victories in the West Indies and Sri Lanka. Despite some misses, Kohli’s tenure saw India’s performances overseas improve drastically, further increasing speculation that failure in South Africa was not the only reason for his decision to quit.

Statistically as well, Kohli remains India’s most successful Test skipper, having led the side to 40 victories in 68 matches with a win percentage of 58.82%. The Delhi native is fourth most-successful Test captain in history behind Graeme Smith (53 wins), Ricky Ponting (48 wins), and Steve Waugh (41 wins). Under Kohli Team India lost just 17 matches.

“To Ravi bhai and the support group who were the engine behind this vehicle that moved us upwards in Test cricket consistently, you all have played a massive role in bringing this vision to life. Lastly, a big thank you to MS Dhoni who believed in me as a captain and found me to be an able individual who could take Indian Cricket forward,” he wrote.

It is no secret that Kohli has always looked up to Dhoni, whom he succeeded as captain, while he vehemently opposed the board’s decision not to renew Shastri’s contract. While he did add a courteous note of thanks for the BCCI and his teammates, namechecking Shastri and Dhoni — his biggest supporters — could be seen as spiting the board for forcing him out as ODI skipper and as Test captain, in all probability.

Kohli’s announcement was immediately followed by former cricketers and netizens taking to social media to salute the 33-year-old’s achievements. In an Instagram post, Team India’s newly-appointed limited overs internationals skipper Rohit Sharma wrote he was “shocked” at the development, and congratulated his teammate on a successful stint at the helm.

Former India batter Wasim Jaffer pointed to how India had gone from celebrating Test overseas as an “achievement” to now taking it to a position where a loss is seen as an “upset”.

His mentor Shastri also paid tribute to Kohli, highlighting his Test record. He added that it was a sad day for him personally as this was a team they had built together.

Ganguly, on the other hand, lauded India’s performance under Kohli in all formats of the game before adding that his decision to quit was personal.

Social media users have already called for Ganguly to step down as BCCI chief, blaming the former India skipper for pushing Kohli to the brink. Many pointed to his removal as ODI captain after a brief phone call as the last straw with Kohli left to fight for a losing cause.

Despite the controversy surrounding his exit, Kohli can take solace from the mass admiration he has managed to garner for both his performances and antics on the field and his leadership off it, as Mohammad Shami can attest.