MS Dhoni to retire from ODIs soon? Here’s the clip that has set Twitter abuzz

MS Dhoni retirement: The hint from the wicketkeeper-batsman came on Tuesday when he asked the umpires for the match ball while players were walking off the field after India’s bowling in the third ODI against England at Headingley. 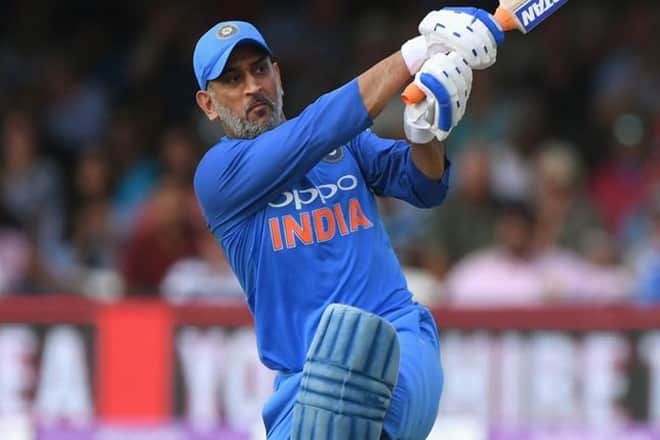 MS Dhoni to retire from ODIs soon? Here's the clip that has set Twitter abuzz

Former skipper and India’s star-cricket Mahendra Singh Dhoni has once again fueled a debate regarding his retirement from limited-over games. The hint from the wicketkeeper-batsman came on Tuesday when he asked the umpires for the match ball while players were walking off the field after end of the third and last ODI against England at Headingley.

The entire sequence was caught on camera, triggering speculations that he may announce his retirement from all formats of the game soon. The video has now gone viral on the internet with many predicting that Dhoni has made up his mind. The clip shows Dhoni asking the umpires to give him the match ball as players walk towards the pavilion.

India’s most successful captain asking umpires to give him the ball has reminded the fans about December 2014 incident when he walked off the field with a stump despite India failing to beat Australia in the third Test match of the four game series. Dhoni had played his last Test match on December 26 against Australia at Mehbourne.

Here’s the video of the MS Dhoni taking the ball from umpires after the game. #ENGvIND pic.twitter.com/C14FwhCwfq

Usually, players ask for the match ball or take away the stumps after winning a game or when they are retiring. On Tuesday, India lost the three ODI match series against England by 2-1. During the second game against England at Lord’s, Dhoni was seen struggling to score runs, inviting criticisms. He made 37 runs of 59. On Tuesday too, he struck just 42 of 66 when India was losing wickets consistently.

Big Question is Why MS Dhoni took the ball from umpires at the end of match ? pic.twitter.com/21lgRGNyl4

I am scared now….it is not the time for DHONI to retire …please Dhoni …stay …
Dont make any announcement …please please …it will be end of my Childhood …

#MSDhoni had walked away with a stump even though India had drawn the Test match against Australia, minutes before the player announced his retirement. He asks the umpires for the match ball today even though India lost the series 2-1. A big announcement coming up soon?

Dhoni has played 320 ODIs and 93 T20Is. While in ODIs, Dhoni has 10,046 runs to his name, he has over 1,400 runs to his name in the shortest format of the game. Dhoni who invited praise for delivering the results including the World Cup win 2011, had made his ODI debut against Bangladesh on December 23, 2004. He was made the captain in 2007 ahead of the first ICC T20 World Cup. He stepped down in January 2017 just ahead of the home series against England.