IPL 2021 Qualifier 1: Dhoni has a simple cricketing philosophy — rely on tried and tested individuals who are battle-hardened and thus he has always relied on the likes of Ravindra Jadeja, Ambati Rayudu, Suresh Raina, Dwayne Bravo and Faf du Plessis. 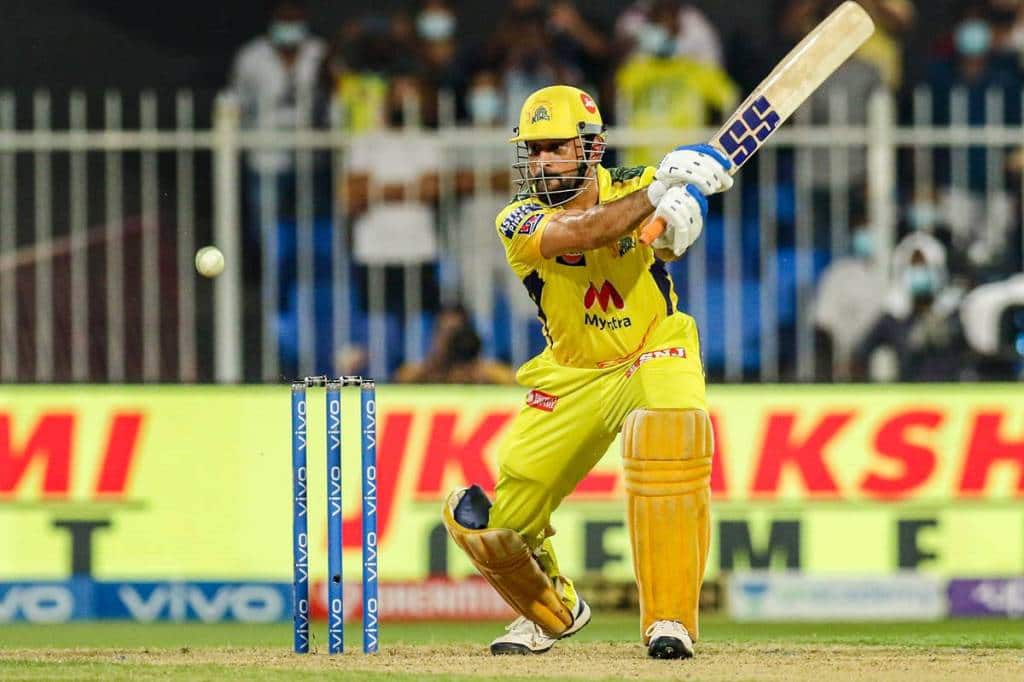 MS Dhoni captain of Chennai Super Kings plays a shot during match 44 of the Indian Premier League between the Sunrisers Hyderabad and the Chennai Super Kings,at the Sharjah Cricket Stadium, Sharjah in the United Arab Emirates. (Sportzpics for IPL/PTI Photo)

Chennai Super Kings’ old guards, with an uncanny knack of owning the big stage at right moments, will start as favourites against a solid Delhi Capitals line-up led by ‘young pretender’ Rishabh Pant in what promises to be an exciting first IPL Qualifier here on Sunday.

Capitals were the best team in the league and their 20-point finish at the group stage was an indication of their consistent performances which didn’t dip due to the COVID-19 forced break.

Similarly, CSK are now back in familiar settings of play-off rounds, something that they have done 11 out of 12 times, although losing three matches on the bounce wouldn’t have amused their all-powerful skipper Mahendra Singh Dhoni.

DC, on the other hand, were handed a rude jolt by Kona Bharat’s last-ball six in their final group league game against Royal Challengers Bangalore. It didn’t change their pole position but did enough to shake them.

CSK, over the years, have been in final eight times and won on three occasions which speak volumes of the team’s ability to lift their game just when it’s required most.

That’s the reason why CSK is not one of those franchises which unleashes new talent by dozens like other teams. Ruturaj Gaikwad is an exception and he could be called a pure CSK product after more than a decade.

Dhoni has a simple cricketing philosophy — rely on tried and tested individuals who are battle-hardened and thus he has always relied on the likes of Ravindra Jadeja, Ambati Rayudu, Suresh Raina, Dwayne Bravo and Faf du Plessis.

These are players who have been there and done that. People who can control phases and win pressure situations which more often than not results in victories.

Add Josh Hazlewood or Moeen Ali, who are also international regulars in that mix, and the former India captain knows exactly what is the kind of combination that he needs to put on the park.

As much as one speaks about team effort, no one knows more than Dhoni that T20 is perhaps one form of cricket, where individuals win matches.

Dhoni knows that even though his batting form (96 runs in 14 games) has deserted him years back (since 2015-16) and an IPL legend like Raina (160 in 12 games) is a pale shadow of his once destructive self, he still has Gaikwad (533 runs) and Du Plessis (546), who have more often than not provided solid starts and the menacing Jadeja (227 runs) providing final flourish.

Similarly, Shardul Thakur (18 wickets in 14 games) has given runs at an expensive economy rate of 8.57 but still the breakthroughs have been important. No one knows more than Dwayne Bravo (12 wickets) as to how one can fool the batters by changing the pace of his deliveries at the death.

Hazlewood hasn’t found form but Dhoni has enormous patience in players he believes in and he is banking on that devastating first spell from the Aussie.

It could happen against Delhi Capitals as their batting, despite 10 wins, hasn’t exactly inspired confidence of highest level. Prithvi Shaw (401 runs) and Shikhar Dhawan (544 runs) have had their share of starts but in the UAE leg, they haven’t exactly dominated.

Skipper Pant (362 runs) has been scratchy at best and Marcus Stoinis’ absence due to injury did affect their balance as they lack big-hitters at the death save Shimron Hetmyer.

DC’s strength has been their bowling attack — Avesh Khan (22 wickets), Axar Patel (15 wickets), Kagiso Rabada (13 wickets) and Anrich Nortje, who has taken nine wickets but an economy rate of 5.59 over six games.

DC’s bowling attack has been right on the money without being taken to cleaners but Pant would hope that law of averages don’t catch up with them and Nortje and Rabada is able to unsettle Gaikwad with short balls, which has been Maharashtra batter’s weak point.

But yes, even Dhoni would admit that Raina and Rayudu in what would be their last season for CSK, would want to make some tangible contribution with the willow.

Even skipper himself needs to put his hand up as he has not been able to handle raw pace anymore.