Indian Premier League (IPL) 2021 Highlights: Countdown is officially on for the 14th edition of one of the most popular leagues. 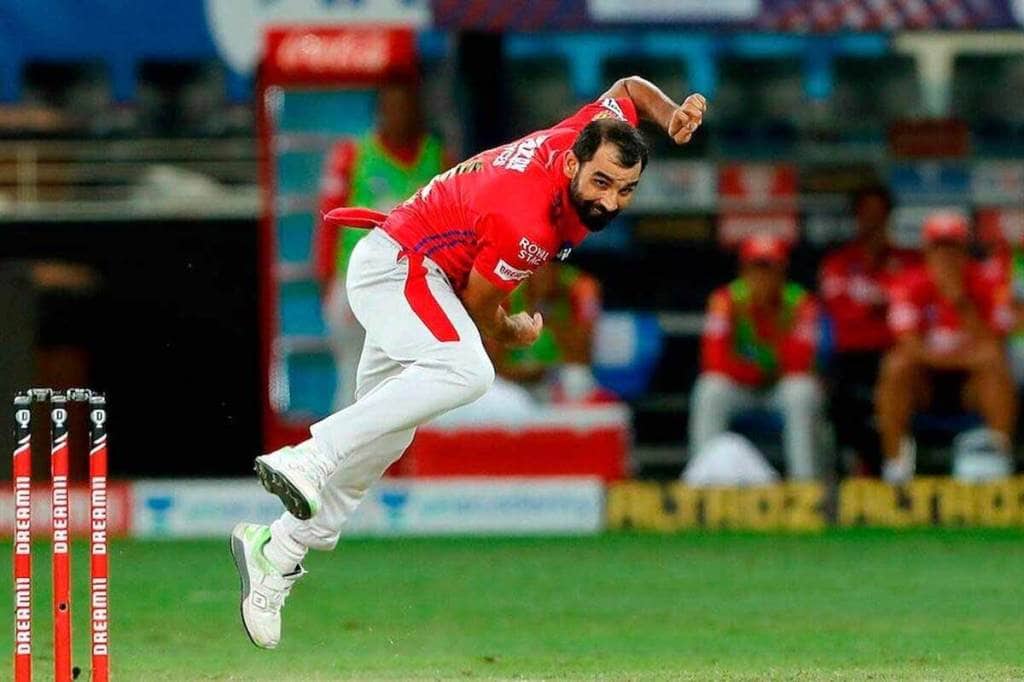 For all the live updates and latest developments related to IPL 2021, keep following our live blog. (File Photo)

Latest News and Updates on IPL 2021: Countdown for the 14th edition of the Indian Premier League, one of the most popular leagues, has already begun. With just a few days to go, the Board of Control for Cricket in India (BCCI) has announced changes in some rules for the upcoming edition of the T20 league. According to reports, the soft signal will no longer come into play.

The decision was apparently taken over recent controversies around soft signals by on-field umpires.

For all the live updates and latest developments related to IPL 2021, keep following our live blog.

India and Royal Challengers Bangalore captain Virat Kohli reached here on Thursday to join his IPL squad before which he will undergo a seven-day quarantine. The team has already started its training camp on Tuesday for the upcoming season which begins on April 9. “Captain Virat Kohli has arrived in Chennai,” RCB said, announcing Kohli’s arrival in a tweet, along with a picture of their captain wearing a mask. RCB face defending champions Mumbai Indians in the tournament opener on April 9 here. (PTI)

Being constantly exposed to Indian conditions in IPL will benefit England: Stokes

The increased participation of English players in the IPL, where there is constant pressure to perform, will benefit them during the T20 World Cup to be held in India later this year, reckons star all-rounder Ben Stokes. Over the years more and more English players have chosen to take part in the lucrative league. This year, there are 14 England cricketers contracted to play IPL, including white-ball skipper Eoin Morgan Jos Buttler, Stokes, Johnny Bairstow, Moeen Ali, Sam Curran, Tom Curran, Sam Billings, Liam Livingstone and Dawid Malan. “Yes – the percentage of English players in the IPL has probably grown in the last five or so years,” Stokes, who will turn up for the Rajasthan Royals, told ‘Sky Sports’. (PTI)

Out of mandatory seven-day quarantine, India and Delhi Capitals fast bowler Umesh Yadav is ready to hit the deck as he returns to be with the familiar faces at his old franchise in the Indian Premier League, beginning on April 9. The 33-year-old Yadav, who started his IPL career with the Delhi franchise, returned to the side after being acquired for his base price of Rs 1 crore in the auction in February. “After being in quarantine for one week, it was great to step onto the ground and spend some time with the boys,” Yadav said. “I just want to do well whenever I have the ball in my hand. I will definitely give my best for my team and keep getting better everyday,” he said in a DC release. Yadav, who has picked up 119 wickets in 121 IPL matches, said he felt at home in the Delhi Capitals camp. (PTI)

Star South African batsman A B de Villiers on Thursday joined the Royal Challengers Bangalore bio-bubble here for the Indian Premier League beginning on April 9. The 37-year-old batting great has been a key player for RCB since he joined the franchise in 2011. Since then, he has been playing for the Bengaluru-based franchise. “The spaceship has landed! AB de Villiers has joined the RCB bubble in Chennai,” the RCB tweeted. De Villiers retired from international cricket in 2018 after playing 114 Tests, 228 ODIs and 78 T20 Internationals. (PTI)

IPL 2021 Live Updates: Hazlewood pulls out of IPL to refresh himself ahead of hectic international season

Australia and Chennai Super Kings fast bowler Josh Hazlewood has pulled out of the upcoming edition of the Indian Premier League to take a small break from cricket and keep himself fresh for the Ashes and the T20 World Cup later this year. Hazlewood was to depart with other Australia’s IPL-bound players and join CSK but decided to skip the cash-rich league, which will start on April 9 and go on till May 30, and spend time at home for the next two months. The 30-year-old played three games for CSK in the IPL last season when the tournament was staged in the UAE in late 2020. (PTI)

Absolutely fair that we are playing at neutral venues: Mysore

There wont be any home advantage for the eight franchises in the upcoming Indian Premier League to be played at neutral venues but that’s a fair deal, Kolkata Knight Riders CEO Venky Mysore said on Wednesday. The most lucrative T20 league is all set to return to India after a pit stop in UAE in 2020 but all teams will deprived of the home conditions. Chennai, Mumbai, Kolkata and Bengaluru will host 10 matches each while Ahmedabad and New Delhi will get to host eight matches with the tournament following a cluster caravan format. “It’s always a bit of a disappointment when you can’t play at home. But these are very understandable reasons and these are very difficult and very unusual times as we all know we’ve all been through this for well over a year,” Mysore said in a virtual media conference. (PTI)

England opener Jason Roy on Wednesday replaced Mitchell Marsh in the Sunrisers Hyderabad squad for the Indian Premier League beginning April 9 after the Australian all-rounder made himself unavailable due to personal reasons. Marsh had got injured in the first game of the 2020 edition and could not play thereafter. “Sunrisers Hyderabad have signed up England batsman Jason Roy as replacement for Mitchell Marsh, who has made himself unavailable for the entire season owing to personal reasons,” read an IPL update. (PTI)

Maxwell’s batting will be especially needed in middle-overs: Mike Hesson

Glenn Maxwell’s aggressive batting during the middle overs and back-end will add dimension to their side and also help ‘Big Show’ to play freely, feels RCB Director of Cricket Mike Hesson. Maxwell, a perennial under-performer but someone who has always raked in moolah at the IPL auctions, was snapped for Rs 14.25 crore by the Royal Challengers Bangalore after Punjab Kings decided to release him. “He (Maxwell) is fantastic and fits in the middle-order for us. We wanted to have a player of his quality during middle overs and at the back-end as well, he brings in huge amount of experience,” Hesson said at a virtual media conference, indicating that Maxwell is that impact player in the middle-order which RCB lacked last year. (PTI)

Veteran off-spinner Harbhajan Singh’s inclusion may have raised quite a few eyebrows but Kolkata Knight Riders skipper Eoin Morgan on Wednesday said it has boosted their spin force keeping in mind of Chennai’s slow turners in the upcoming IPL. The 40-year-old, who skipped the IPL in Dubai last year, was bought by the two-time IPL champions at his base price of Rs 2 crore after he had gone unsold in the first round. He will join the likes of Sunil Narine, Shakib-al-Hasan, Kuldeep Yadav and Varun Chakravarthy in KKR’s spin department. “Adding Harbhajan to our squad has strengthened us in a really good way. When you look at our spin department as a whole, on paper, it’s one of the best in the tournament and that’s factual,” the KKR skipper said in a virtual media conference. Owing to the pandemic, IPL 2021 will be held across six venues from April 9-May 30 with no team getting to play at home. (PTI)

England’s Jofra Archer will begin two weeks of rehabilitation after undergoing surgery on his finger and can only start his net sessions after that effectively ruling him out of Indian Premier League. The 25-year-old, who plays for the Rajasthan Royals in the IPL, had surgery to remove a fragment of glass from the middle finger on his right hand on Monday. “England pace bowler Jofra Archer underwent successful surgery to his right hand on Monday. A fragment of glass was removed during the operation to his middle finger on his right hand,” the English and Wales Cricket Board (ECB) said in a statement “He will now commence two weeks of rehabilitation. The Consultant will review him before returning to training,” it added. (PTI)

Youngsters showed in Australia that transition will be smooth when we retire: Shami

Senior India pacer Mohammad Shami says the performance of the team’s “net” bowlers in the historic triumph in Australia has shown that the transition will be smooth when the current attack walks into the sunset. The pace quartet of Shami, Ishant Sharma, Jasprit Bumrah and Umesh Yadav, arguably India’s best ever, has been instrumental in the team’s success overseas. However, none of them were available when India breached fortress Gabba to win their second consecutive Test series Down Under. Someone like a Mohammad Siraj became the leader of the attack in his debut series and injuries meant that net bowlers like Shardul Thakur, T Natarajan and Washington Sundar got unexpected opportunities which they grabbed with both hands. (PTI)

I have nothing to prove to anyone, it’s time to enjoy out there: Harbhajan on KKR stint

Harbhajan Singh is still playing because he “wants to” and he “will”, asserts the veteran off-spinner, as combative at 40 as he was in his heydays and least bothered by the people questioning his willingness to carry on. One of India’s greatest spinners is back in IPL this year with the Kolkata Knight Riders after skipping the last season for CSK in the UAE and wants to now “enjoy every moment of whatever cricket is left” in him. “Lot of people think ‘Bhai yeh kyun khel raha hain?’ Arrey bhai yeh unki soch hai, meri naahi. Meri soch hai ki main abhi khel sakta hoon, toh main khelunga (People think ‘why is he playing’ but that’s your opinion. From where I see myself, I want to play and I will play),” Harbhajan said. (PTI)