IPL 2021: Shakib al Hasan – the Bangladesh superstar, who was part of KKR title-winning campaigns in 2012 and 2014, played just three matches for Sunrisers Hyderabad in 2019 before the ban spelt his ouster from the game. 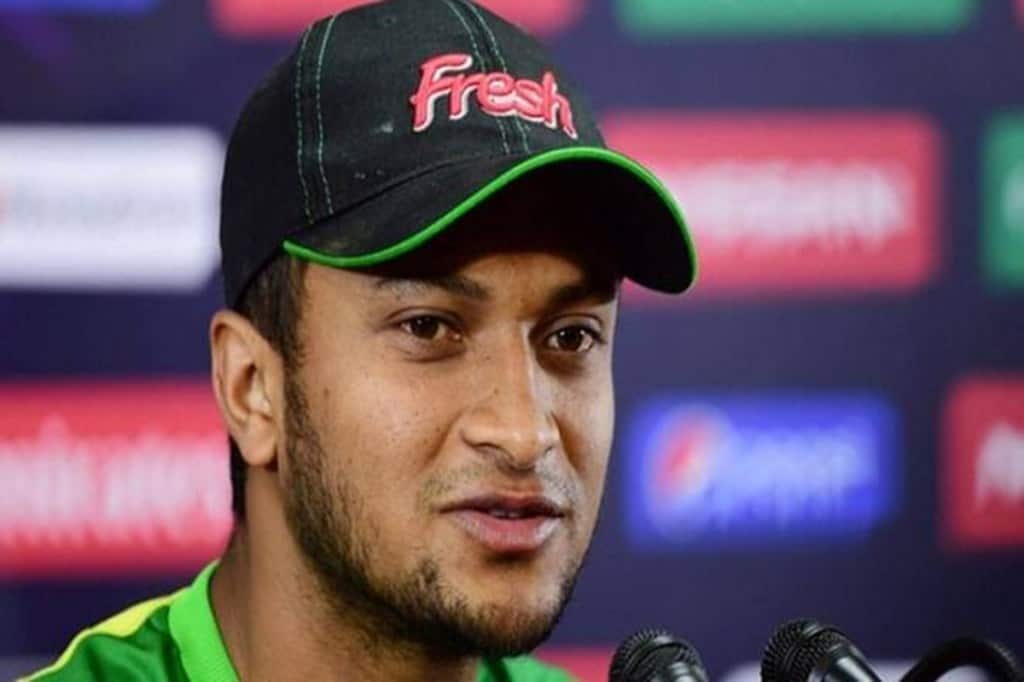 Since his ban ended in October last year, Shakib al Hasan has played only for his domestic side Khulna in the Bangabandhu T20 Cup. (File Photo/PTI)

Returning to action after serving a one-year ban, Bangladesh star all-rounder Shakib-Al-Hasan is ready to play any role that his IPL side Kolkata Knight Riders expects from him in the upcoming season starting April 9.

The Bangladesh superstar, who was part of KKR title-winning campaigns in 2012 and 2014, played just three matches for Sunrisers Hyderabad in 2019 before the ban spelt his ouster from the game.

The ICC had banned him for two years, with one year of that sentence suspended, after he accepted three charges of breaching the ICC anti-corruption code as he had to learn the lessons the hard way.

Now in his second innings at KKR, Shakib is not averse to open the batting like Sunil Narine or play the role of a finisher, beside bowling those tidy left-arm spin — to seal his place.

“I’m open to anything to be honest,” the 34-year-old, who was bought by his former franchise for Rs 3.2 crore, told PTI in an interview.

Since his ban ended in October last year, he has played only for his domestic side Khulna in the Bangabandhu T20 Cup.

“I’m very much confident, it’s just that I need one good game to get it going. If I can start well, I think I can do well for the team.”

Another day, another IG Live! ???? @Sah75official is prepared to hang out with you tomorrow at 5 PM (IST) so send us your questions. Hurry! #KKR #HaiTaiyaar #IPL2021 pic.twitter.com/MHOgGRWMGw

In his last stint for SRH, he only played three matches, while at KKR too he may not be a regular as he’s primarily seen as a back-up option for Sunil Narine.

Shakib said it indeed affects the overseas players to sit out in a game but with the options being limited he has to have an open-mind approach.

“There are 8-10 overseas players in each team and only four can play. You cannot blame the team selection. You have to keep an open mind, keep training hard and need to make sure whenever you get a chance, you grab the opportunity with both hands.”

In the post-Gautam Gambhir era, KKR have missed playoffs for two years in a row and Shakib hoped things would change this time round.

“From outside, you can see it in different ways. This team has grown in last two years. This is the year I think KKR will be able to deliver the performance that fans have been asking for. I’m very much optimistic, KKR will get the result.”

The two-time champions will kick-start their IPL 2021 campaign against Sunrisers Hyderabad in Chennai on April 11.