The ‘Don Bradman’ of the 21st century, Smith is the only player who has given Indian captain Virat Kohli a tough fight in the individual records. 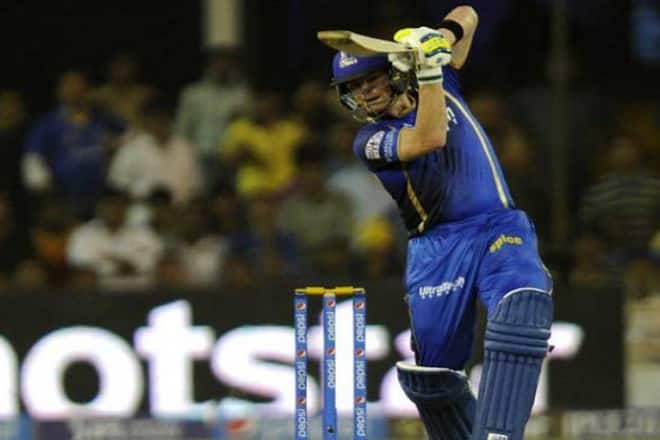 IPL 2018: Rajasthan Royals are making a comeback after a two-year-ban and the champions of the first edition of Indian Premier League (IPL), would like to repeat that again. However, the Royal Blues had struggled mightily but to no avail in earlier seasons. However, with their re-inception they can rebuild a match-winning squad which can ultimately go on to win the tournament. With this being said, one player who is set to wear the blue jerseys of Rajasthan is Steve Smith. The ‘Don Bradman’ of the 21st century, Smith is the only player who has given Indian captain Virat Kohli a tough fight in the individual records. Sadly, Smith is the only player who is most likely to be retained by RR. Talking about Ajinkya Rahane, his retention was highly doubted as he has struggled to do justice to his talent in 2017, despite a lot of chances and surprisingly he has been released. Raj Kundra-owned franchisee would have to rebuild their team from the scratch. But, if they want to bet their money on match-winners, it should be Kane Williamson and Stuart Binny.

Among the other top Indian players, MS Dhoni is set to return to Chennai Super Kings with Suresh Raina and Ravindra Jadeja, Virat Kohli is likely to stay with Royal Challengers Bangalore while Rohit Sharma will once again lead the Mumbai Indians.