IPL 2018: Sunrisers Hyderabad all-rounder Deepak Hooda says a good performance in the eleventh season of the Indian Premier League will boost his chances of a national call up. 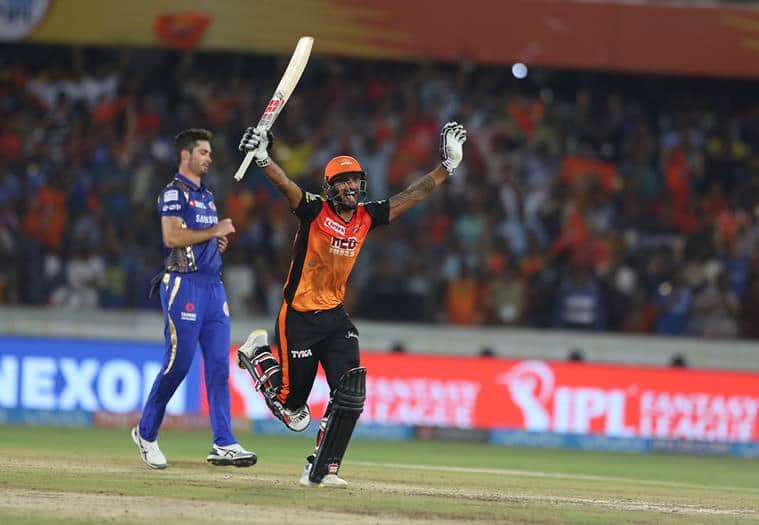 Sunrisers Hyderabad all-rounder Deepak Hooda says a good performance in the eleventh season of the Indian Premier League will boost his chances of a national call up. The 22-year-old Rohtak-born Baroda player has been a part of Sunrisers Hyderabad for the last two seasons and is keen to put up an impressive show both with the ball and the bat. “The preparation is going good and I am feeling well. To be honest, I have to perform well in the IPL and if I achieve that, India is there, and then my dream (of getting selected in the national team) will materialize. I want to play in all the formats,” Hooda told PTI.

“If you see practically, then the road to the Indian team would be easier, if I perform well in the IPL,” he quipped. Asked about not getting game despite being chosen in the squad twice Hooda said: “There is a little disappointed and that is natural. It is a different experience. I am getting better day by day, I will get a (chance) when my time comes”. Hooda was first picked in the Indian squad for the three-match bilateral T20 series versus Sri Lanka in December last at home and then again for the recently concluded Nidahas trophy played in the island nation, which also included Bangladesh.

The right-handed batsman also says that playing for the same franchise is an added advantage as he knows the conditions well.
“This is my third year (for the SRH) and there is nothing new (for me). I personally feel confident that the franchise has retained me. I know the situations and the ground, there is an definite advantage,” he said.