IPL Auction 2017: Releasing Dale Steyn and signing Munaf Patel is the worst move Gujarat Lions could have made

IPL Auction 2017: In his last 5 T20 matches, Munaf Patel has managed to pick just 2 wickets and also had a mediocre first-class season this year. 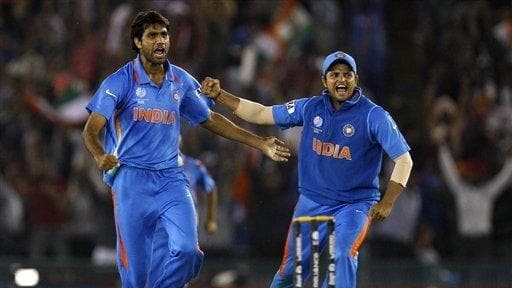 IPL Auction 2017: A decade ago, Munaf Patel would have been on top of every IPL franchise’s list and signing him would have been called a smart decision. But 10 years, many leagues, few injuries and some disappointments later, when Gujarat Lions decided to pay Rs. 30 lakhs for him, it didn’t make much sense. Moreover, Gujarat Lions had released a genuine match-winner like Dale Steyn and to fill in his boots they signed Munaf Patel who hasn’t played a single international match since 2011.

Munaf Patel hasn’t done anything significant to catch the eyes of the owners. In his last 5 T20 matches, he has managed to pick just 2 wickets and also had a mediocre first-class season this year. Even before Patel had bowled a single ball in first-class cricket, let alone international cricket, there was so much hype around his action that draw comparisons from Australian legend Glenn McGrath.

After Kiran More identified him bowling in the nets, he sent him to the MRF pace foundation to train under great Dennis Lillee and TA Shekhar. Since, Patel had his roots from a small town of Ikhar in Bharuch, Gujarat, all of it seemed like a fairy tale.

However, today he is just a shadow of that player who emerged at the international stage 10 years ago and troubled best of the players, with his swing and pace, Gujarat’s batting line-up looks fabulous with the presence of Brendon McCullum, Aaron Finch, Suresh Raina, Jason Roy, Dwayne Smith and Dinesh Karthik but their Indian fast bowling attack is rusty with old horses like Munaf Patel and Praveen Kumar, leaving Dhawal Kulkarni as the only player who is probably sure about his place in the playing XI.

Watch our analysis of IPL Auction: