Needing just four runs from the last over, Ashwin sealed the chase with five balls to spare as he hit a six off Krunal Pandya as the duo shared a match-defining partnership, consuming 36 balls. 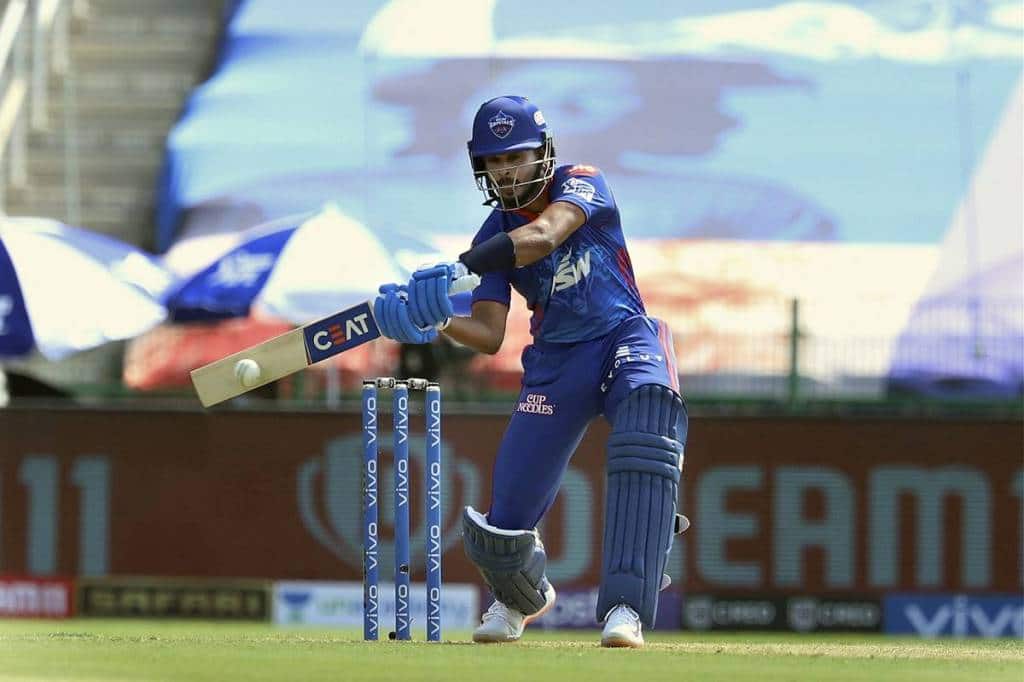 Shreyas Iyer top-scored for the winners with 33 not out and skipper Rishabh Pant made 26.

Chasing a modest 130 on a challenging Sharjah Stadium track, DC made a rough weather of the chase but Iyer with a run-a-ball 33 anchored the innings and added crucial unbroken 39-run stand with Ashwin (20 not out).

Needing just four runs from the last over, Ashwin sealed the chase with five balls to spare as he hit a six off Krunal Pandya as the duo shared a match-defining partnership, consuming 36 balls.

The win took DC to 18 points from 12 games and one more win is sure to clinch a top-two finish with one more win as only twin defeats in last two games and three big wins for RCB and at least one victory from CSK will push them to third spot. That looks improbable at the moment with the scenario of net run-rate.

This is the seventh loss in 12 matches this season for the five-time champions MI and their chances of qualifying for play-offs are fast fading away.

Defending the modest total, Mumbai had a cracking start sending Delhi’s top three — Shikhar Dhawan (8), Prithvi Shaw (6) and Steve Smith (9) — back in the hut inside the powerplay.

Kieron Pollard’s direct hit from mid-on caught Shikhar Dhawan short of his crease in the second over, while a superb review call ensured that Shaw was dismissed in a space of four balls in his comeback match.

Smith looked in his zone and pulled Bumrah for a six but only to perish to his Australian teammate Nathan Coulter-Nile.

Coulter-Nile cleaned up Smith around his legs with a ball that stayed low as he shuffled too much across.

With no significant partnerships going, it was their former captain Iyer showed fine patience and rotate the strike with clever singles.

Not under any run-rate pressure, Iyer held on cleverly rotating the strikes as he slammed just two boundaries in his run-a-ball knock.

Earlier on a day when star bowler Ravichandran Ashwin was completely off-colour, Axar (3/21) dismissed Quinton De Kock (19), Suryakumar Yadav (33) and Saurabh Tiwary (15), ensuring that runs were hard to come by in the middle overs.

But it was their uncapped Indian pacer Avesh Khan (3/15) who continued his dream run in the IPL and set it up for Capitals, hurrying Rohit Sharma with sheer pace.

Avesh then returned at the death and dismissed the dangerous Hardik Pandya (17) and Nathan Coulter Nile (1) in three balls to further tighten the noose.

World’s fastest bowler Anrich Nortje, who shared the new ball with Avesh, was also tidy with 1/19 from his four overs as DC bowlers got their length right on a slow deck.

Such was their discipline that none of the MI batters save Surya could cross 20-run mark.

Before that the Madhya Pradesh lad Avesh conceded just seven runs with eight dot balls in his first two overs and took the prized-scalp of MI skipper Rohit Sharma in his fifth ball of the day.

Avesh’s run-up might not look smooth but the effort ball to bounce Rohit out was special as the India’s T20 captain in waiting couldn’t connect his pull-shot.

The 24-year-old, who is second (21) in the list of leading wicketakers in this IPL, now has taken three Indian superstars — MS Dhoni, Virat Kohli and now Rohit — in this IPL.

Ashwin at the other end looked unsettled with Surya sweeping the star Indian off-spinner for a six, while De Kock also looked ominous, taking on his compatriot Kagiso Rabada with a lap-shot over fine-leg.

Making a smart captaincy call, Rishabh Pant brought on Axar immediately after the power-play and the Gujarat lad delivered dismissing De Kock in his second ball.

He smartly used his height advantage and was spot-on with his lengths, making it difficult for the Mumbai batsmen.

Having not been in best of forms, Surya looked to be back in his element top-scoring for them with a 26-ball 33 but Patel outsmarted the Mumbai no 3 with a full toss.