India’s attack would be most discussed from now on: Javagal Srinath 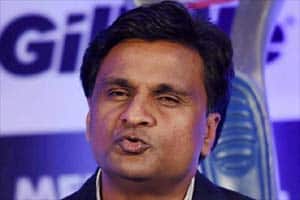 Riding on a strong batting display powered by Shikhar Dhawan’s strokeful century, India yesterday crushed South Africa by a massive 130 runs to beat them for the first time in World Cup cricket. This was the defending champions’ second straight win, having outplayed Pakistan in their tournament opener.

“Two clinical but extremely convincing wins has set the ball rolling in the right direction for Mahendra Singh Dhoni’s men. The much assailed Indian bowling line-up would undoubtedly be the most discussed topic hereon in the team meetings of most countries in the tournament,” Srinath wrote in a column for ICC.

He added: “More than the talent that the Indian bowlers do indeed possess, it is the process of execution which has caught the oppositions off-guard.”

Srinath praised the bowlers for completing the task after the batsmen set it up for them on both occasions.

“The actual process though started much before a single delivery was bowled in either game, the Indian team has been involved in. For, it was the pressure created by the India batsmen, who have scored more than 300 runs each time that has been the beginning of the India bowling plans.

“Once set on their way by the batsmen, it has been all about hunting collectively and executing game plans, both individual ones and the team gameplan as a whole,” Srinath said.

India’s most successful fast bowler at the ODI World Cup along with Zaheer Khan with 44 wickets, Srinath played in four edition of the mega-event (between 1992 to 2003).

“It shouldn’t matter who’s batting against you, you simply have to back your own ability and that’s something Shami has done really well. The judicious use of the short ball showed real maturity on his part as did his fine execution of plans. He’s looked for wickets and to me that’s always an encouraging sign.”

He felt it was a total team effort from the bowling unit.

“The best part is that it’s not been about any individual. With three quick bowlers working well in tandem, the opposition’s usual ploy of targeting one bowler just hasn’t worked.

“Umesh Yadav has done his part while the relatively unknown Mohit Sharma has reaped the benefits of good opening spells from his two fellow pacers to make his own mark. Mohit is a handy bowler and he’s used well the pressure created by Shami and Yadav.

“Let’s not forget the role of the Indian spinners even for one moment. Ravichandaran Ashwin and Ravindra Jadeja were the ones who brought the India team back in the middle overs. Ashwin’s willingness to bowl it slow and toss the ball up shows that he is bowling without fear. Jadeja, at the least, has been superb in support.”

“The India skipper has been positively brilliant with his moves, not allowing the batsmen to get used to any bowler, his constant bowling changes being spot on.”