CWG 2018: From ‘India who?’ in sports to ‘India – The Sleeping Giants’, timeline of India’s evolution at Commonwealth Games

India’s campaign at the recently concluded Commonwealth Games (CWG) had started in controversy but ended in a jubilation. A rich harvest of medals in Gold Coast has given India hope to jump out of cricket’s shadow. 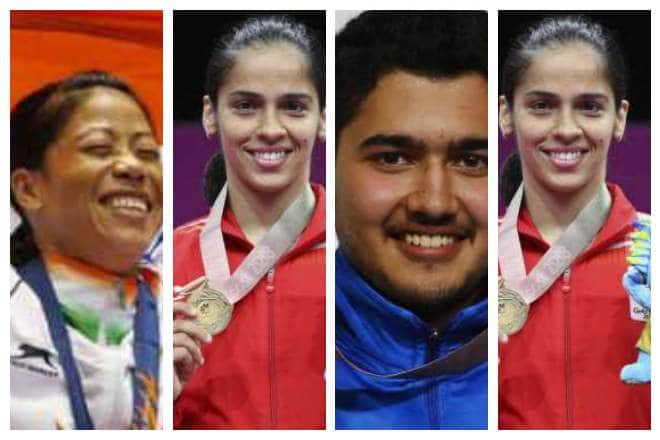 India’s campaign at the recently concluded Commonwealth Games (CWG) had started in controversy but ended in a jubilation. A rich harvest of medals in Gold Coast has given India hope to jump out of cricket’s shadow. Cricket had dominated all sports news, channels and every child would aspire to be another Sachin Tendulkar or MS Dhoni, but now there are new national heroes that young kids look up to for inspiration.

Be it M.C Mary Kom who won her first CWG gold medal, or Saina Nehwal who became the first Indian to win two singles gold at the Games and don’t forget Manika Batra and Anish Bhanwala, these athletes have given youngsters new ray of hope.

Indeed, barring hockey, where both men’s and women’s teams could not take a place on the podium, there was success in other disciplines, out of which some were totally unexpected.

Also Read
Who is Hasbulla? Age, height and rare genetic condition that connect him and Lionel Messi
FIFA bans AIFF for ‘undue influence from third parties’, U-17 Women’s World Cup set to be moved
Asia Cup 2022: Pakistan enter Super 4s with record win over Hong Kong, meet India on Sunday
Asia Cup 2022: Here’s how India and Pakistan can face each other in future tournament matches

Several corporates are now taking a keen interest in identifying and nurturing talent in various sporting fields. These corporates work at the grassroots level to identify and nurture young talent with an eye on the Olympics. But there is still much to be desired.

India is taking its baby steps towards etching its niche in the sports world. A greater emphasis on sports education at school level will go a long way in establishing the sports culture in the country. Commonwealth Games 2018 saw the focus of India’s performance shift from a single medal or a single sport to India’s overall performance at the event – India has progressed from winning one or two medals in one particular sport to winning multiple medals in a variety of sports.

In 2018, we have come a long way by featuring in the top three countries with the highest medal count. Unfortunately, India could not get the better of its 2010 CWG performance where it amassed 101 medals to its 66 this year. But the performance is sure to change the dynamics of Indian sports in the coming years.