Ronaldo and Georgina are celebrating her 28th birthday and the Netflix series about her rags-to-riches story, titled ‘I Am Georgina’. 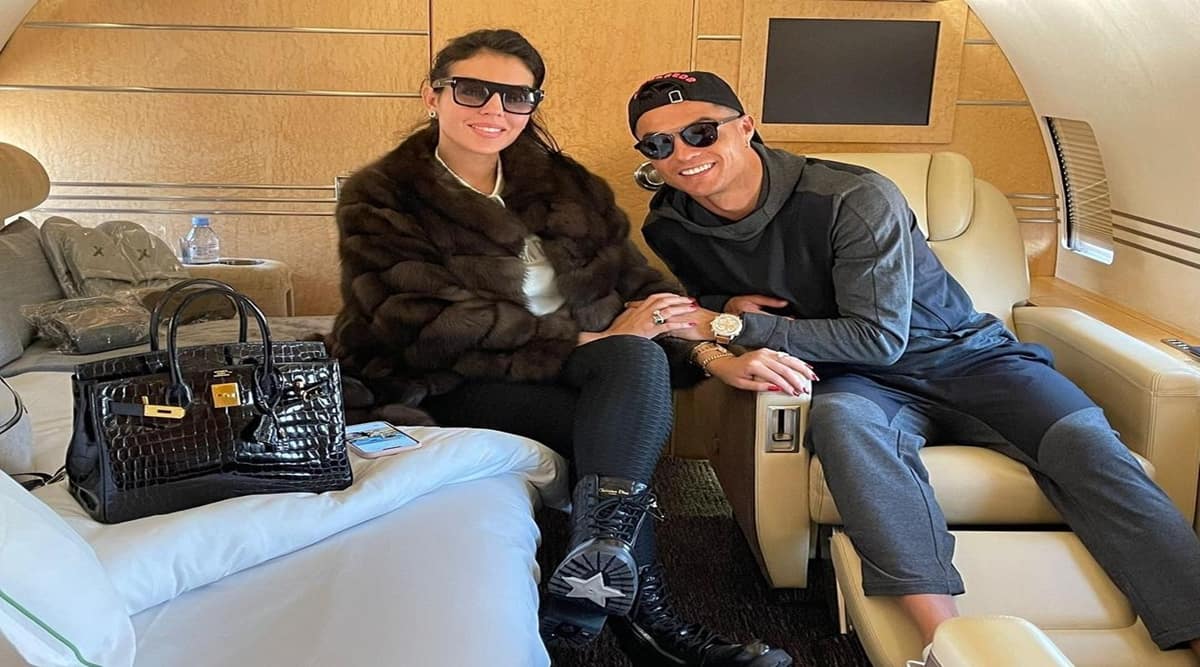 The 36-year-old used clips from Georgina’s new Netflix show to light up the skyline in Dubai, where he and his family are holidaying during the English Premier League’s winter break. Ronaldo posted a clip of the laser show, showing his partner’s face on the façade of the world’s most famous billboard, on his Instagram account.

The light-and-laser show included a moment where Georgina’s name flashed up and ended with the message ‘Happy Birthday Geo’ in white letters above a photo of the Argentina-born model in an off-the-shoulder black dress.

Accompanying the clip, Ronaldo wrote a message: “Many congratulations my love”, followed by a heart and a birthday cake with candles emoticons. The clip already has 23.7 million views on Instagram.

Ronaldo and Georgina are celebrating her 28th birthday and the Netflix series about her rags-to-riches story, titled ‘I Am Georgina’.

The light-and-laser show on the Burj Khalifa is a huge draw. The iconic tower is considered the world’s biggest display screen, with reports suggesting a three-minute promotional ad or message on the facade costs a minimum of £50,000 (approx. $67,000) — a price that surges on weekends.

That is pocket change for Ronaldo, who earns close to £500k a week Ronaldo at Manchester United, while his net worth is estimated at over £370million.

The six-part Netflix series follows Georgina as she travels on Ronaldo’s private jet. The former model, who met Ronaldo during his days at Real Madrid in 2016, whizzes around the world on his partner’s Gulfstream G20 plane.

She admitted on the show that the best part of travelling on the jet was the crew members, admitting that the jet had made life easier.

Georgina also revealed how she went from taking public transport to get to the Gucci store in Madrid, where she worked, to being ferried around in Ronaldo’s fleet of sports cars, including being picked up in his Bugatti.

Ronaldo also features in the show, where he admits that he quickly realised that Georgina was the woman of his life.

Father-of-four Ronaldo shares four-year-old Alana Martina with Georgina. In October, he announced that they were expecting twins — a boy and a girl.