Conte banking on Juve backline to propel Italy in France

Italy can rely on the solid foundation provided by the Juventus defence at the European Championship as manager Antonio Conte looks to free up his more attacking players by stifling the opposition. 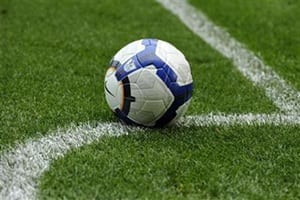 Italy can rely on the solid foundation provided by the Juventus defence at the European Championship as manager Antonio Conte looks to free up his more attacking players by stifling the opposition.

Conte, who managed Juventus prior to taking up the Italy job, has regularly started the entire backline of the Serie A champions, with Andrea Barzagli, Leonardo Bonucci and Giorgio Chiellini forming a three-man defence ahead of Gianluigi Buffon.

Italy remained unbeaten as they topped their qualifying group for the 24-team tournament kicking off in France on Friday, with the Azzurri conceding just seven goals in 10 matches.

“It’s definitely an advantage to be able to rely on four players from Juventus who have played together for a long time in defence, and of course we are building something solid on this basis,” Conte told the UEFA website.

“But as I said before, I like to adopt a proactive style of play and for this, balance will be important, both in attacking and defending.”

Italy have been drawn with Belgium, Sweden and Ireland in Group E of the Euro 2016 tournament, and Bonucci believes the side will have no problem frustrating the opposition by defending from the front as a team.

“What’s certain is that the defensive operation includes the forwards as well. Our work is made easier by the fact our forwards, just as Conte wants, are our first defenders,” Bonucci said.

“I don’t think a team necessarily need to score that many goals; you only have to score one more than your opponents and concede one less. That is what really counts.”

Italy will begin their quest for their first taste of continental success since 1968 when they face Belgium in Lyon on Monday.

More Stories on
UEFA
Next Story
Lionel Messi has no personality, lacks character to be leader: Diego Maradona