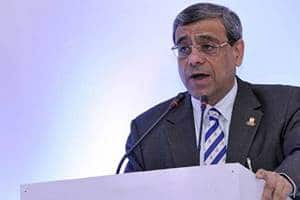 Khanna's name was proposed for unanimous election at the Annual General Meeting of the AITA today by 23 affiliated units. (PTI)

Khanna’s name was proposed for unanimous election at the Annual General Meeting (AGM) of the AITA today by 23 affiliated units.

Khanna, however, declined to take up the position of president till the time the matter relating to sports code is finally settled with consideration of Mudgal Committee Report and acceptance of the Age and Tenure Guidelines by IOA, IOC and ITF.

The following are elected unanimously as the office bearers for the period 2016-2020: