Must Read
Gold rate today: Friday, November 18, 2022
Who is CV Ananda Bose? All about the former bureaucrat set to take charge as West Bengal governor
Nykaa shares recover losses, jump 3%; stock down 44% YTD, should you buy, hold or sell?
Solana takes a Sauna as it sweats to find ground amid the cryptocurrency turmoil
Pause slide

Suffering from a rare disease, This 8-year-old needs your help. 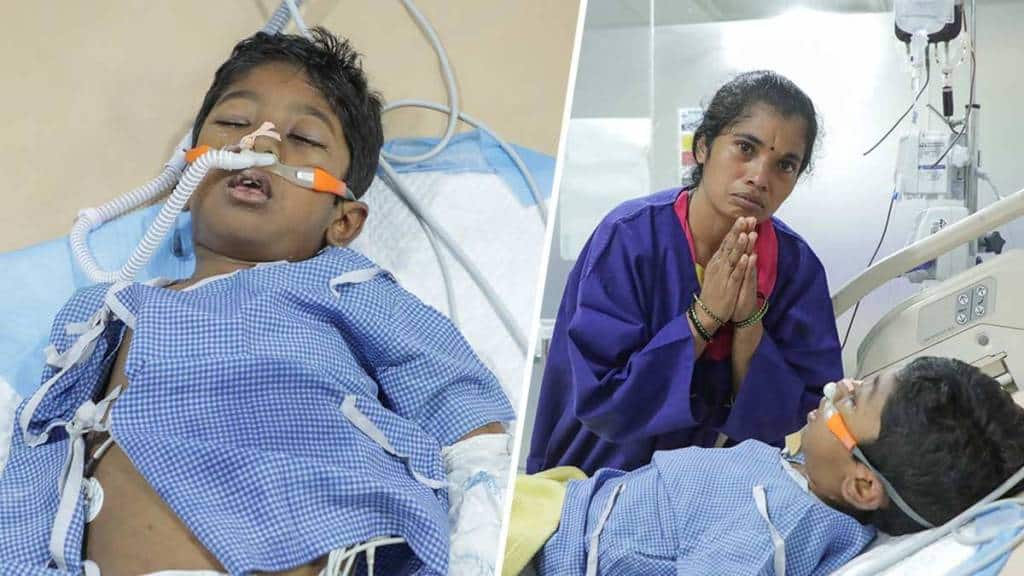 This 8-year-old is confined to the bed, and the family struggles every single day

“Madan is my younger son, and ever since he was diagnosed, our world has turned upside down,”

Rathna’s son was born healthy and the family welcomed him with warmth. However, in October 2018, something happened that changed his life forever…Madan began to swell severely all around his body. He was frequently exhausted and within a few short weeks, his arms hardly functioned at all.

In the nearby hospital, Madan underwent several tests after his parents brought him there. The medical professional informed his parents of the bad news several hours later…
“The only treatment for your son’s immune deficiency is a bone marrow transplant, which is necessary to ensure his survival” The physicians stressed that because of his serious problems, the surgery must be done right away.

This 8-year-old is confined to the bed, and the family struggles every single day

A coolie by trade, Madan’s father barely makes enough money to support his family of four. His mother had been a maid, but she had to quit so that she could care for her kid.

They have already sold everything they own to cover the cost of their son’s hospitalization. They are insolvent due to their mounting debt. “Our income hardly covers our family’s requirements, and we have two youngsters. Everything changed when Madan got sick; now we have trouble even feeding him twice a day. Rathna laments, “We don’t have any money to help our little ones.”

Madan has lost the ability to walk as a result of his circumstance, which is getting worse day by day. He even lost his appetite, which led to him also losing weight.

Only you can help save Madan.

This 8 year old’s life is hanging by a fine thread. Without urgent help, he will lose his life, all his dreams, and aspirations. His condition is currently becoming worse every day.

This is his last chance at life. Please donate generously and help him get the treatment.