Researchers find why anti-depressants take so long to work

Researchers have discovered a reason why anti-depressants can take up to two months to work, and their finding could help scientists develop faster-acting drugs in the future. 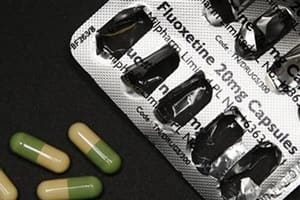 Researchers have discovered a reason why anti-depressants can take up to two months to work. (Reuters)

Researchers have discovered a reason why anti-depressants can take up to two months to work, and their finding could help scientists develop faster-acting drugs in the future. An episode of major depression can be crippling, impairing the ability to sleep, work, or eat. In severe cases, the mood disorder can lead to suicide. But the drugs available to treat depression can take weeks or even months to start working, the study pointed out. In a study published in the Journal of Biological Chemistry, the researchers described a previously unknown mechanism of action for selective serotonin reuptake inhibitors, or SSRIs, the most commonly prescribed type of antidepressant. The brain chemical serotonin is thought to be in short supply in people with depression.

“It’s been a puzzle for quite a long time why SSRI antidepressants can take up to two months to start reducing symptoms, especially because we know that they bind to their targets within minutes,” said one of the researchers Mark Rasenick, Professor at University of Illinois at Chicago. Rasenick long suspected that the delayed drug response involved certain signaling molecules in nerve-cell membranes called G proteins.

Previous research by him and colleagues showed that in people with depression, G proteins tended to congregate in lipid rafts, areas of the membrane rich in cholesterol. Stranded on the rafts, the G proteins lacked access to a molecule called cyclic AMP, which they need in order to function.

The dampened signaling could be why people with depression are “numb” to their environment, Rasenick reasoned.

In the new experiment, Rasenick bathed rat glial cells, a type of brain cell, with different SSRIs and located the G proteins within the cell membrane.

He found that they accumulated in the lipid rafts over time and as they did so, G proteins in the rafts decreased.